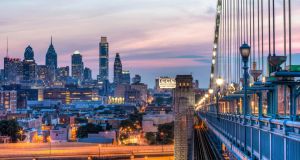 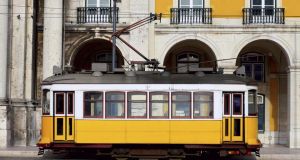 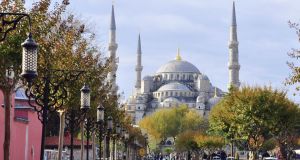 Basel
Despite bordering both France and Germany, Basel (or Basle) is a somewhat inward-looking city, a self-sufficient burg that relies on its own charms and wealth (this is Switzerland, after all) to get by. The Altstadt (Old Town) is gorgeous; the rest of the city has a great collection of museums, galleries and eye-catching contemporary architecture.
Flights from €30 each way (ryanair.com; from April)


Berlin
Everybody should make an effort to visit Berlin at least once. The German capital has everything a European city should have: a rich and troubled history; a constantly evolving cultural heritage; and a vibrant devotion to hedonism. You’ll find all of these in abundance – and the added bonus is that in comparison to the other great cities of Europe, Berlin is cheap.
Flights from €29 each way, ryanair.com; from €50 each way, aerlingus.com

Istanbul
Capital of two empires, Christian and Muslim, Istanbul has been a key nexus between east and west for almost 2,000 years. Its Byzantine and Ottoman past is reflected through every alleyway and magnificent monument, in the shadows of which life goes on apace: turn a corner and you step across centuries, from traditional eastern souk to a modern, cosmopolitan metropolis.
Flights from €280 return (turkishairlines.com)


Lisbon
Beneath the imposing Alfama castle, Lisbon’s spider’s web of cobbled streets and narrow lanes stretches down outrageous gradients to the waterfront. Unless you take full advantage of the tram system it’s a city that will do wonders for your calf muscles, but your reward is one of Europe’s most easygoing and enjoyable capitals.
Flights from €59, aerlingus.com; from €35 with ryanair.com (from April)

Liverpool
With more listed buildings than any English city outside of London and a handful of museums as good as any in Europe, Liverpool is hell-bent on proving to the world that it’s about more than just soccer and stag-and-hen weekenders. Excellent restaurants, fine hotels and a selection of fabulous traditional pubs should do the trick.
Flights from €51 each way (ryanair.com)


Marrakesh
Ryanair’s announcement of direct flights from Dublin to Morocco’s most enticing city puts Marrakesh firmly within the city break category. Explore the old souks, watch the fire eaters and false teeth vendors on Djemaa El-Fnaa and stay in a riad: the city has beautiful ones in all price categories.
Flights from €50 each way (ryanair.com; from April)


Naples
Relatively few tourists ever visit Naples, which makes the capital of the south all the more interesting. Yes, it’s chaotic, a little grimy and loud, but your efforts will be rewarded by crumbling churches packed with baroque masterpieces; a warm and friendly people; and the best pizza in the world. On its doorway are magnificent Pompeii and the perennially popular Amalfi Coast.Flights from from €79 each way, March-October only (aerlingus.com)


Philadelphia
Sandwiched between New York and Washington DC, the City of Brotherly Love doesn’t quite get the love it deserves despite being the birthplace of the USA. The Liberty Bell, the Constitution and the federal government were all born here, as was the Philly cheese-steak and Rocky Balboa, who share the place with top-class culture and restaurants. Flights from €276 (usairways.com)


Riga
The Latvian capital is European Capital of Culture for 2014, but you don’t really need that as a reason to visit Riga, the biggest and most cosmopolitan of the Baltic capitals. Medieval and modern combine to pleasing effect here – the Jugendstil Art Nouveau architecture is especially beautiful – and the hotels and restaurants are all top-notch. Flights from €79.99 each way (ryanair.com)


Sarajevo
It takes a little extra effort to get here – a flight via Vienna or Istanbul – but Sarajevo is riveting, and not just because of the war that reduced the Balkans’ most diverse city to a bad news item. The Bosnian capital is now in full recovery mode; the best way to understand the turmoil that it has endured is by taking a guided tour – highly recommended are Sarajevo Funky Tours (sarajevofunkytours.com)
Dublin to Vienna from €75 each way, aerlingus.com; Vienna to Sarajevo from €144 each way, austrian.com