The rule of reciprocity can be found in all major religions, but with a different emphasis 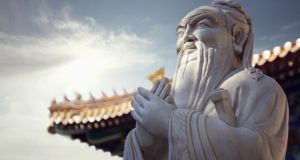 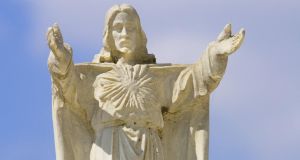 In Matthew’s gospel, Jesus summarises the whole of the Old Testament in a single phrase: “Do unto others as you would have them do unto you.”

This maxim, known as “the golden rule” of ethics, is sometimes portrayed as an exclusively Christian concept. But it can be found in different guises in all world religions, as well as in secular teaching.

It is particularly pronounced in Chinese philosophy, albeit more commonly in its negative form: “Never impose on others what you would not choose for yourself.” The significance of this wording, typically identified as the “silver rule”, is discussed with Dr Yinya Liu, a lecturer in philosophy at NUI Maynooth who also works for the International Strategic Collaboration Programme, a project funded by Science Foundation Ireland to establish research links between China and Ireland. Arguing that the golden rule in its different guises is universally applicable, she provides today’s idea:

Different cultures can find more common ground in a negative formulation of the golden rule than a positive one.

What are the sources of the silver rule in Chinese philosophy?
Yinya Liu: “The most famous is from Confucianism. In the Analects, there is a dialogue between Confucius and his disciple Zi gong, who asks: ‘Is there any one word that could guide a person throughout life?’ The Master replied: ‘How about shu: never impose on others what you would not choose for yourself?’

“In many versions, shu here is translated as reciprocity but there are many meanings behind this character. It also means empathy and forgiveness. So in the Confucian tradition you would prioritise the other rather than the self; you would look at the other person’s needs first.

Audio: Linya Liu on the golden rule in Confucianism

“In Daoism, you can also find support for the silver rule. The ‘dao’ has several meanings, including the road, the way, ‘the moral conduct’ and the mysterious natural order of the universe. The metaphysical dao itself exists in a state of inactivity, or non-action. This inactivity does not mean ‘do nothing’ but it means to do things properly, peacefully, appropriately, naturally and without force.”

In practical terms, what’s the difference between silver and golden rule?
“In either case, it is about human desires and human wants. The positive way – the golden rule – will emphasise what kind of person we are. But the problem is each individual is different. For example, if I am a greedy person I want more from the others. So this is the problem with the golden rule, or the positive way.

“The negative formulation commands us not to do onto others what we ourselves do not desire. There is not the same subjective imposition of preferences so we can find more common ground in the negative rather than the positive.”

In Christianity, the “golden rule” could be seen as the word of God; what authority backs up the “silver rule” in Confucianism?
“We need to look at the book, the Analects; it’s like a diary, or a record of the dialogues between Confucius and his disciples. The style of the Analects, it’s not like Western academic writing where you have a definition, an argument and a conclusion. We can find in different situations even Confucius will have the same questions as the student, and will provide different answers.

“It seems he would not give an answer, or a definition, and say that because I’m the teacher and this is the definition and the law, you have to follow. Confucius would like to help each individual to develop their own moral sense that will guide their habits or dispositions in human relations, and this moral sense will usually give priority to the other.”

Are Christians wrong to lay claim to the “golden rule” as a religious concept?
“The golden rule or the silver rule is a universal law. It’s sometimes called a perfect duty, in that everyone can apply this in a different situation or environment. I agree that in the Christian concept they will have their own explanation, especially from the Bible where you can find a lot of quotations about the golden rule; they have their own privilege to praise the golden rule as a Christian golden rule.

Does the universality of the rule in world cultures point to an evolutionary root to the value?
“I think evolution here is just a word to describe the process but this word cannot show the reasons and changes behind this development. You still have to look at the cultural background to find out the reason why.

“So you could say this is a universal law because everybody can accept this but if you would like to apply this rule to different specific situations you have to make a decision to do so. These decisions have to look back at why we have this kind of value and not others. So the law itself is universal but whether we apply it to our daily lives is another thing.”

Question: “Anglo, Irish Water, Central Remedial Clinic: what will it take for us to have an uprising?”