Unthinkable: Should research always give ‘value for money’? 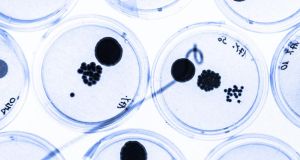 What if Alexander Fleming’s funding been restricted to a ‘time-locked deliverable’?

The philosopher Georg Wilhelm Friedrich Hegel (1770-1831) found himself at the centre of an unlikely political ruckus in Australia this time last year. In one of its first policy statements, the new coalition government pledged to carry out a purge on “increasingly ridiculous research grants”, citing a Sydney professor’s exploration of The God of Hegel’s Post-Kantian Idealism as an especially futile project. The opposition’s only criticism was that the government wouldn’t go far enough in obliterating such “useless” state-funded research.

Some of us might like to think ourselves as much more cultured than Australians, but on what grounds? In an age of austerity, what limited research funding is available tends to be directed into areas that can be readily monetised or deliver “quick wins”.

Consultant neurologist Prof Orla Hardiman, a prominent researcher and advocate for patients with neurological diseases, warns that funding structures in Ireland and internationally are creating perverse incentives for scientists. In academic institutions, promotion is dependent on “successful” research, and “there is a demand to ‘publish or perish’ and an expectation that all research should be groundbreaking and innovative with an additional high likelihood of generating patents and jobs”. Rejecting such a narrow approach, she provides today’s idea: “We need to support really imaginative and creative people in any type of research environment.”

How does one best measure the value of research?

“Whether research is good or bad is in a way not difficult. Bad research is methodologically unsound, or, in extreme cases, dishonest.

“How we decide what is worth funding is more nuanced. Funding of research solely for economic advantage immediately excludes the vast majority of the humanities. Medieval Irish or ancient Greek will do little to get people off the live register, but they have intrinsic cultural value that most of us recognise, and supporting scholarly activity in the humanities is of value from a societal perspective.

“In the sciences, one way of determining value is to require that all research leads to some form of innovation that has the potential to create jobs. This has been the narrow focus taken by our current government.

“To my mind, it places us in a rather dangerous situation in which research must lead to tangible outputs that are already known. This in turn runs the risk that our funding agencies will prefer to make investments in research that is ‘safe’ and predetermined, rather than groundbreaking and innovative.”

Is too much research being done, in the sense that academics are publishing too many papers rather than building on common knowledge?

“There has certainly been a proliferation of scientific output. There is a frightening statistic from the National Institute of Health in the US

that at least 75 per cent of all published biomedical research cannot be replicated.

“This reflects a major problem in the field. We have a situation in which many findings that get published as fact are never actually replicated, or are just plain wrong. It is very important that we as a scientific community examine this situation and take steps to rectify it.”

Is research that doesn’t lead to innovation valuable? “There is a strong case to be made for encouraging imaginative and creative thinking in the research arena. The discovery of penicillin is the obvious example. Alexander Fleming left a petri dish on the windowsill and noticed that some fungus had got into his bacterial cultures and the bacteria died.

“This was a chance observation, recognised as an important discovery by a scientist with a prepared and innovative mind, who had the freedom to investigate this observation. It took more than 15 years to develop a drug that has saved millions of lives. One shudders to think what would have happened had Fleming’s funding been restricted to a time-locked deliverable.

“In my opinion, we must keep enough space within our research environment to permit observation and development of unusual findings by an educated mind. And sometimes research is spectacularly and embarrassingly wrong. And that’s okay because failure is part of the deal.”

If you were designing a funding system for research what would it look like?

“I would make four tiers. The first would be for high-level, ‘blue-sky’ creative research that is not necessarily linked to a specific target or innovation. The second would fund research that is target-driven and iterative, as is the case at present. The third would exclusively fund replicative work to ensure that important and groundbreaking discoveries are robust. And finally, I would provide a stream of research infrastructure that keeps the entire process going: for example, databases of patients that can be used to drive research into personalised medicine.”