Unthinkable: Is the media just an arm of the market?

‘The single greatest tragedy in Ireland today is the absence of a free press,’ says Marcus deBrun 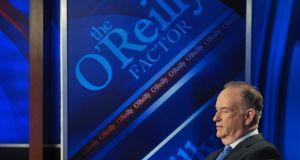 The Irish media is never slow to talk itself up. Self-criticism comes less naturally. Although the media landscape is more diverse and stratified than before, it operates under a market force that weighs heavily on editorial values.

As Marcus de Brun puts it, “the ‘free’ press is not free; it has a censorship that is as potent and maleficent as any that have gone before it.” De Brun, a GP from north Co Dublin, is author of the recently published Being and Belonging: A Philosophy of the Future (PubliBook Ireland).

He provides today’s sobering idea: “The media is perhaps the most powerful obstacle to thought beyond the horizon of the market.”

What do you have against the media?

“Media is purchased and enjoyed when it tells us what we want to hear and read. Sport, sex, violence, good guys or bad guys, an ‘other’ beyond the self who can be blamed for our malaise.

“The more acute the struggle for economic survival becomes, the greater is the imperative for editors to be guided entirely by market principles and appeal to the greatest numbers by offering them a fare of what they might want to read as opposed to the far more risky – and ultimately journalistic – ideal of presenting to people ideas they need to hear and consider.

“For example, it is more marketable to show images of mentally handicapped residents of a nursing home being dragged about the floor or brutalised by nursing home staff than it is to question how we as a people have come to view the elderly, the infirm and the mentally ill, in this airbrushed world of consumerist perfection; how we as a society and a people have marginalised the elderly and the infirm out of our aspirations.”

But is it fair to paint all media with the same brush?

“The distinction between media types is as real as the distinction between combatants within a conflict. I feel at the moment a silent war is raging about our heads, a war that will determine the future shape of civilisation and the viability of many species, including our own, and much of what remains of global ecology.

“Analogy with the second World War is often vulgar. However, I cannot resist the temptation to compare that ignorance with which many citizens living with an awareness of the death camps might have rationalised the ash that fell from the skies, the stench of burning corpses or the sight of beatings in the streets.

“The Nazis are repeatedly blamed for the Holocaust. However, on a human level the real wrong was, and is, the psychological trait that permitted many millions of Germans and Europeans to participate in the normative sentiment, the delusion of anti-Semitism . . . I suspect that future generations will judge us with equal vehemence for our delusions, for the ‘market sentiment’ that validates our squandering of global resource and the destruction of global ecology.

“The single greatest tragedy in Ireland today is the absence of a free press, one that might provide the horizon for an evolution in our thinking. In this sense I see media in the context of a war, and the side that I am rooting for is the side that points to the unpalatable truth of modern fallacies.

“Media that is free of advertisement is at least free of the silent censorship that the market brings to media. It is for this reason among others that the BBC is considerably more evolved than RTÉ, or that in America NPR is unquestionably more intellectually evolved that CNN or Fox.”

Do you think most people deep down know they should be living a different life, but are too scared or reluctant to challenge the status quo?

“Many people at some point or other come to suspect that much of their life has been lived without identifying the true cause of their private unhappiness; that ultimately the antidotes they have applied to that unhappiness are almost entirely useless and have caused them and others, and the Earth, more misery and pain.

“Most of us live our lives without devoting more than a fleeting moment to the most important reason for our being, which is summed up in the philosopher’s credo, to ‘know thyself’. You are far more likely to find an Argos catalogue on Irish coffee tables than a copy of Ulysses or a book by Desmond Fennell. ”

Is Russell Brand’s ‘revolution’ the answer?

“Russell Brand has wonderful ideas about making the world a better place for people who are just like Russell Brand.”

In your book you explore the nature of human instinct. Is it healthy to desire success even if everyone can’t succeed?

“Everyone can succeed, and everyone does succeed, in the eyes of those who truly love them.”