Unthinkable: Is psychotherapy a licence to deceive?

Although their work is usually helpful to patients, therapists are slow to acknowledge that there is a ‘Wizard of Oz’ element to it, says researcher Charlotte Blease 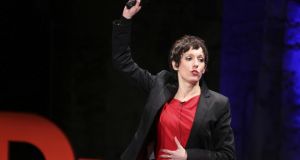 As the stigma surrounding mental health is lifted, more people are turning to psychotherapy to help with such problems as stress, anxiety and depression.

But there is a dilemma facing both therapist and patient, given that – as Irish Research Council postdoctoral fellow Dr Charlotte Blease puts it – “there is considerable evidence that different versions of psychotherapy are all equally effective”.

This is something therapists are slow to acknowledge, and it raises important ethical questions. To what extent should a therapist admit that their methods are no more effective than others? Can a patient give informed consent when a therapy’s efficacy depends on some sleight of hand?

Dr Blease, who recently received funding for an innovative joint research project on the subject with University College Dublin’s School of Psychology and Harvard Medical School, says: “Psychotherapy shares some features with complementary or alternative medicine, such as homeopathy, acupuncture or osteopathy (mostly considered to be potent placebos), and some features with mainstream medical treatments.”

While acknowledging psychotherapy’s positive contribution, she adds that “the days of therapeutic privilege or paternalism in healthcare ought to be long gone”. Thus she provides today’s idea: “We need to find ways of improving ethical access to psychotherapy treatments.”

Does psychotherapy work? “We know that psychotherapy is highly effective for a range of mental health conditions, as well as for ‘problems with living’. Around 80 per cent of people who undergo psychotherapy for the treatment of depression are better off than those who receive no treatment. They are also significantly less likely to relapse into depression than those treated by antidepressants.

“The effectiveness of the treatments is not in doubt. The question is: how do they work? The tension arises because different versions of therapy sign up to different theories about how therapy achieves this success.

“If you go to a psychoanalytic therapist, they may engage you in some form of putative insight therapy by ‘excavating’ your earlier life to ask how it might be that you are depressed or anxious. If you visit a cognitive behavioural therapist, or some version thereof, your personal history will be irrelevant. Rather they’ll ask you to question your thinking ‘style’ and attempt to ‘cognitively restructure’ your mind.”

What does the research suggest is most effective? “One theory that carries serious clout within scientific research is that it is the factors that are common to different versions of psychotherapy that are the real engine of treatment. And most importantly that includes the relationship between the therapist and their patient.

“It is claimed the essence of therapy is the therapist: the provision of empathy and positive regard shown by the therapist is the most significant factor in improving outcome.

“So it’s not the techniques they use, per se, but the rapport between patient and therapist that’s really important. More than 300 studies have found less than 1 per cent of the variation in outcome between patients is due to the specific techniques of therapy.

“There are other perhaps more surprising factors that predict how well patients do in therapy. Are you convinced the form of therapy will be effective? Then your expectations about the treatment will also carry benefit. Is your therapist convinced the version of therapy they are practising works? Research shows your therapist’s allegiance to a particular form of therapy is more important than whether they are sticking to the techniques.

“Studies even show detrimental effects of adherence: one study found therapists who strictly adhered to treatment manuals were more likely to display negative attitudes such as less approval, less optimism, and more authoritarian behaviour toward patients.

“We might call this the Wizard of Oz effect. The patients are on a journey, and they get what they are looking for, but not because of the wizard’s esoteric magic.”

How does this have ethical implications? “Here is the conundrum: psychotherapy is evidence-based, and effective, but its theories are unscientific. For example, cognitive behavioural therapy (CBT) is among the most researched treatments. In the UK, since 2007, the government has injected £300 million into the National Health Service towards training some 6,000 CBT therapists.

“CBT is certainly effective, but it doesn’t outperform other versions of therapy. So we have a sort of skewing or hegemony of CBT, a kind of faddism that is not borne out by scientific research. And this means that versions of therapy are being taken at face value; it means that patients are told the wrong things about how treatments work, and what to look for in a therapist.

“This amounts to breaches in informed consent. If patients aren’t aware that the therapist is fundamental to the treatment – rather than the treatment techniques per se – this can constitute a violation of their autonomy.”

Does it matter if patients are misinformed as long as the therapy works? “Actually, it does. It matters a lot. Similar to complementary and alternative therapies, but unlike mainstream medicine, gauging the harms and risks of psychotherapy has not been a research priority – a fact that has only recently been recognised by psychotherapy researchers.

“Notwithstanding, existing research shows the mental health of around 10 per cent of psychotherapy patients deteriorates as a result of treatment. In the words of one philosopher of science, David Jopling, ‘Psychobabble is not mere babble’.

“We also know that around 20 per cent of patients drop out of therapy. If patients were furnished with better understanding of the importance of the therapeutic alliance (the relationship with their therapist), they might better be able to select therapists.”

“I want to argue that there are no easy answers but that is no reason not to ask questions. We need to find ethical ways of harnessing these talking cures for the good of patients.”