Unthinkable: How far should we go to improve ourselves and our morality?

Should we welcome new drugs that could artificially enhance human morals? 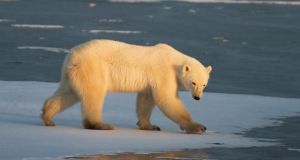 Climate change: ‘With near-future bias, we don’t care about catastrophes that might happen by the end of this century.’ Photograph: Paul J Richards/AFP/Getty Images

The new year is a boom time for the self-help industry. Books on how to improve everything from your brain power to your sex life rush off the shelves amid a surge of subscriptions to gyms and language classes.

But is there a limit to how far we should improve ourselves? And are there ethical implications about the manner in which it is done?

This has become a hot topic in philosophy, with particular concerns raised about the increased use of pharmaceuticals for human enhancement.

It is not only “smart drugs” that are coming on stream; people’s behaviour could be changed by, for instance, boosting levels of empathy.

While some believe this is dangerously close to “playing God”, others welcome the development. Among them are philosophers Julian Savulescu and Ingmar Persson, whose argument in a recently published book, Unfit for the Future, provides today’s idea:
Artificial moral enhancement is now essential if humanity is to avoid catastrophe.

We discuss this, and the broader question of self-improvement, with Prof Bert Gordijn, director of the Institute of Ethics at DCU.

The idea that we should be improving ourselves constantly seems to be a very western obsession; is that true?
Prof Gordijn: “It’s certainly a very powerful emotion in the western tradition. If you look at Homer’s poems, arete – or excellence – was applied to fighting skills but then extended to other qualities. Aristotle had a very explicit theory focused on self-improvement because he said eudaimonia – happiness, or the good life – consisted in the development of our cognitive skills and our moral skills.

“Christianity has also had an influence. In a way it turned down our exclusive focus on success in this life. But now you see a process of secularisation, where we are refocusing from the afterlife to ‘well, we have to do it in this life’, because for many people that is all there is.

“If you look at the self-improvement industry now it’s huge, and that’s where the pharmaceutical industry might have a big interest in trying to develop cognitive enhancers and mood enhancers.”

This is where Savulescu and Persson come in; what is their argument about the need for moral enhancement through medication?
“They argue that our morality has a biological base, and is the product of an evolutionary process, and also that current morality is obsolete because it’s the sort of morality we had when we lived in hunter-gatherer tribes.

“Our technology, then, did not have a long-term impact into the future so, accordingly, it didn’t make sense to care for the long-term future. Another trait of morality was that we did not empathise with people we did not know, with foreigners. Also we had scope insensitivity; it was difficult for us to empathise with a large group of people, and the authors are arguing that this is still our morality today.

“So we have these hunter-gatherer moral attitudes but the world is hugely changed because technology has developed so fast, and that triggers a lot of problems.”

What do they recommend?
“The main problem they focus on is global climate change. With the near-future bias, we don’t care about catastrophes that might happen by the end of this century. Also, with our very limited scope of empathy, we don’t really empathise with people far away.

“It’s difficult with our current morality to deal with the problem because in liberal democracies the policies of politicians tend to reflect the moralities of the electorate. So let’s say a politician comes up with a very radical plan to tackle global climate change – it would be very difficult to get elected because people don’t want to change their lifestyles.”

Assuming morality “boosters” could be developed, could you force people to take them?
“I think it would be highly problematic because it would infringe on respect for autonomy, and in a more general way on human dignity.

“Traditionally there have been other means of influencing our morality: education and also legislation. If you have a good legislative framework and a good social environment, people will develop the right habits and it will become the natural thing for them to do, the right thing to do.”l

Question:
“I suffer from incurable Catholic guilt, underwent a liberal education and am plugged into the news 24/7 and thus feel compelled to ‘do something’. But I’ve also got a nine-to-five job, family responsibilities and a dog to walk in the evenings. Help.”

Ludwig Wittgenstein replies:
“Just improve yourself; that is all you can do to improve the world.”