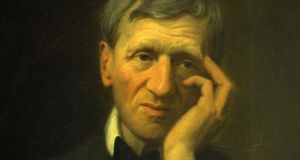 In 1854, Cardinal John Henry Newman began writing what remains the world’s most famous essay on higher education, The Idea of a University. The same year, he opened the Catholic University in Dublin as the template for this new kind of institution where students didn’t just learn but “flourished”.

Exactly 160 years on, how is his model faring? University College Dublin, the Catholic University’s modern incarnation, has just published a new strategic plan, targeting growth in international student numbers and increased research output as well as setting the goal of being “within the top 10 universities in the world in terms of global engagement”.

This sort of thinking is a long way from Newman’s vision but, as historian of education Dr Paul Shrimpton points out, the cardinal’s plans never quite took hold internationally, although they helped establish the Oxbridge tutorial system. Shrimpton, who teaches Magdalen College School, Oxford, is the author of a new book on Newman’s ideas The Making of Men.

Those ideas remain quite radical to a modern audience, and run counter to a modern emphasis on achieving high grades through competitive learning.

Today ‘Unthinkable’ recalls his statement: “If I had to choose between a so- called University, which dispensed with residence and tutorial superintendence, and gave its degrees to any person who passed an examination in a wide range of subjects, and a university which had no professors or examinations at all, but merely brought a number of young men together for three or four years, and then sent them away . . . I have no hesitation in giving the preference to that university which did nothing, over that which exacted of its members an acquaintance with every science under the sun.”

What were the core features of Newman’s idea of a university?

Paul Shrimpton: “Newman had a very broad conception of what he meant by the word ‘education’. He resisted the tendency, common then as now, to reduce its meaning and narrow its scope. He did not consider education as something confined to its more formal moments or institutional settings. Thus he could say that whenever a group of students sit down to eat together their conversation is likely to act as sort of lecture from one to the other.

“Newman stressed that the essence of a university lies in teaching, not research, and that a combination of lectures and small-group – or even individual – teaching is needed to promote intellectual culture and the training of the mind.”

Was his vision ever realised in Oxford, Dublin or indeed anywhere?

“Newman thought that the benefits of tutors and collegiate living should be complemented by the university lecture, and that this combination would provide the best setting in which individuals would flourish, not just academically but as fully rounded individuals ready for service to society.

“The liberal arts colleges in the United States probably come closest to Newman’s ideal. And, as philosopher Alasdair MacIntyre points out, so do some Catholic seminaries.”

How do modern universities compare with Newman’s ideal?

“In every age there are aspects of the university which flourish. The level of knowledge and technical expertise on offer nowadays has probably never been higher, nor has the level of organisation. But at the same time there has been a loss of a coherent vision. Economic considerations have become the dominant driving force and much has been sacrificed in the relentless drive for ‘efficiency’.

“The current obsession with targets has aggravated this trend, as the inevitable consequence of universities focusing on the measurable is the neglect of what is not measurable – which is often closely related to the original raison d’être of the institution. One particular manifestation of the impoverishment of university life is the neglect of its pastoral dimension – of everything that goes on outside lecture hall, laboratory and library.

“Having experienced this impoverishment himself as a student, Newman stressed that a university should be ‘an Alma Mater, knowing her children one by one, not a foundry, or a mint, or a treadmill’.”

How does the idea of human flourishing underpin Newman’s conception of education?

“Speaking to the first 17 students at 86 St Stephen’s Green the evening before the Catholic University opened, on November 3rd, 1854, Newman insisted that they had not come to become doctors, engineers, soldiers, bankers or businessmen, as they could receive this professional education elsewhere. Instead, they had come to the university ‘to be made men’. In other words, their undergraduate education was an end in itself and not merely a preparation for a career.

“As founding rector of the Catholic University, Newman did not sit in academic and administrative isolation, but acted as dean of one of the collegiate houses, located at 6 Harcourt Street. When the Archbishop of Dublin enquired from Rome about how the university was progressing, Newman responded not about its governance or student numbers but with a pastoral account of the house he was overseeing. This speaks volumes about his priorities.”

Did he see this as an essentially religious enterprise?

“Newman saw his university as ‘a secular institution, yet partaking of a religious character’; it was ‘to fit men for this world while it trained them for another’.

“For Newman, religious faith was not strictly necessary for human flourishing, as ‘knowledge is one thing, virtue is another’. He also argued that for a university to flourish it did not need to have any religious affiliation, though in practice he reckoned that it needed the steadying hand of the church to avoid losing its way.”