Unthinkable: Are the good things in our lives our own doing?

Do we acknowledge the role of luck sufficiently in political and personal affairs? 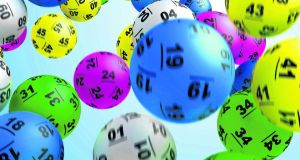 Are the good things in our lives down to our own efforts or just the bounce of the ball?

Winning the Lotto is considered pure luck but what about winning the lottery of life? If you land a good job, enter a happy marriage, or find yourself in that elite bracket of the “1 per cent” of high-wealth individuals, is it primarily to your credit or to chance?

Psychologists have long detected a self-serving bias in humans whereby we overestimate our personal responsibility for the good things that happen to us, while tending to blame the bad on either misfortune or the failures of others.

In recent years, this bias has exercised economists, who trace the banking collapse at least in part to financiers’ belief in their own alchemical ability. It also concerns political philosophers, among them Vittorio Bufacchi, head of the department of philosophy at University College Cork.

Endorsing the views of US human rights theorist John Rawls, who argued that legislators should operate as though they were behind a “veil of ignorance”, unaware of whether or not they fell into a fortunate bracket in society, Bufacchi provides today’s idea: There is no such thing as deser t, only luck .


What’s wrong with our attitude to luck?
Vittorio Bufacchi: “We like to think that when we achieve a goal it is due exclusively to our effort. In other words, we tend to correlate rewards with desert. People believe this to be the case for one’s successes as well as for one’s failures.

“So if I have a job that pays well, with all the benefits that come with it, I must have done something to deserve it, while those who are struggling are equally responsible for their plight, probably because of lack of effort. This is a convenient set of beliefs to hold, but unfortunately it is also a lie, or a myth.

“There is a something much more powerful in life than our efforts: brute luck. To be in a position where our efforts can make a difference on the outcomes of our lives one must already enjoy a great deal of luck, which too often goes unnoticed. This is the luck handed to us by a natural lottery, such as our physical and mental abilities, or by a social lottery, for example our nationality, social class, gender, family context.”


Can we claim credit for good and bad things that happen to us?
“No we can’t. I could trace my life successes to the efforts I put in as a student for many years of my life, which enabled me to go to university, graduate with a PhD from the London School of Economics, and go on to teach in many prestigious universities in the UK, US and Ireland. But I would be deceiving myself. I would not have been in a position to make my efforts count had I not been born in a stable, loving, middle-class family in a European country.”

Does religion provide a healthier attitude to luck by suggesting our fate is in the lap of the gods?
“Sadly religion offers another myth, or as some would say an ideology, which is used to justify the status quo. It tells us to accept the injustice that befalls us on Earth, and wait for our just deserts in our afterlife. I don’t know what will happen to me after I pass away, and I don’t think anyone has this knowledge (although many speculate with false authority), so I’m not interested in justice after life. I want justice on Earth.”


How did luck influence the thinking of philosopher John Rawls?
“His theory of justice, which is inspired by the social contract tradition, starts from the assumption that luck is morally arbitrary, and that a just society is one that compensates people for their bad luck, over which they have no control and therefore no responsibility.

“He articulates a principle of social justice which demands that any inequality in the distribution of social and economic resources should be to the greatest benefit of the least advantaged members of society. I think he is 100 per cent spot on, and his theory of justice applies both domestically and globally.”


Critics of Rawls say he assumes people are risk averse but, in reality, people are willing to take big risks for greater rewards. Does this undermine his political theory?
“This is a critique born by a misunderstanding of Rawls’s philosophy, which is perhaps not surprising given that his magnum opus, A Theory of Justice , published in 1971, is 589 pages long. Rawls provides a philosophical account of the person, not a psychological profile.”


Shouldn’t we just accept life is unfair, and denying this is fighting against nature?
“Of course life is unfair, but some places in the world are much more unfair than others, which suggests that it is possible to do something about unfairness. We don’t have to accept it, and injustice should never be tolerated.

“Unfairness is a social construct. When we read of thousands of people dying in Bangladesh from floods, or in Haiti from earthquakes, the cause of their deaths is not the force of nature, but the inadequate housing in which millions of poor people are forced to live, or the effect of climate change which we have contributed to bring about.

“We fight against nature all the time, that’s what politics is all about. Unfairness or injustice is a political issue, not a natural phenomenon.”

Question: If there are 1,000 tickets in a lottery with only one prize, which ticket will win?


Henry Kyburg replies (in what has become known as the “lottery paradox”): Accepting that it’s highly unlikely ticket one will win, and the same for ticket two, three, etc, up to ticket 1,000, it is rational to accept that no ticket will win.