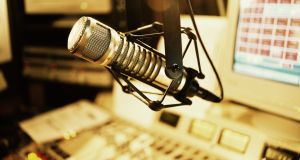 Irish acts that receive the most plays include Walking on Cars, Hozier, Picture This, Gavin James, Kodaline and Brian Deady. Photograph: Getty

One of the hardy annuals of the Irish parliamentary year is the regular debate about the amount, or lack of, Irish music played by Irish radio stations.

Every Dáil term seems to have at least one stand-off over this issue, which typically has the same set-up: musicians and their representatives who feel they have been blanked by Irish radio rock up to Kildare Street to look for attention, and the radio professionals gather to rebut the allegations.

This time around, it was Willie Penrose who led the charge of the miffed musicians.

The Labour Party TD for Westmeath is on a mission to get all Irish radio stations to adhere to a 40 per cent quota for homegrown music.

Penrose led a delegation of musicians to the gates of Leinster House in September and the likes of Phil Coulter, Johnny Duhan, John Sheahan, Sibéal Ní Chasaide and the Doyle sisters played a tune for the assembled gathering.

But as things stand, just how much Irish music is really played on Irish radio stations?

If some stations are totally neglecting Irish musicians, are some others way ahead of the pack? And is there any way to find out?

Local music for local radio is not just an issue for the Irish arts industry.

In the UK, for example, many have expressed unhappiness with BBC Radio 1 in this regard.

Industry publication Music Business Worldwide found that the four most-played songs in the first-half of 2016 on the station were by non-British acts, and there were eight non-UK acts in the 15 most-played acts.

To compile these findings, Music Business Worldwide used data from Radiomonitor, the independent airplay monitoring service, which provides detailed analysis on radio play to all parts of the music industry.

“Radiomonitor grabs the ‘now playing’ output from each station’s stream and searches through our library to find a digital fingerprint to identify each track. We’re reliant on labels and artists to provide us with the music to monitor in the first place.”

The Irish monitoring system is a little different to elsewhere in Europe, says Byrne.

“A lot of stations here don’t have the ‘now playing’ system on their stream, and they play a lot of music from CDs and not directly from the station system. If every station and every show put their music into a ‘now playing’ system, we’d be able to grab a huge amount of additional plays.”

Byrne points to local radio stations such as Highland and Midwest that are “probably playing way more Irish music than the quota and probably way more than other stations”, yet their system doesn’t allow this to be tracked.

“I’d love to be in a position to supply proper figures for Irish radio and help us prove as an independent monitor that they play a lot more Irish music than they say,” says Byrne.

With those caveats in mind, Radiomonitor gave The Irish Times access to the 2016 data they have for Irish radio stations for the period from January 1st to December 8th (when this piece was compiled).

The first station we looked at was 2FM. There is only one Irish track in the 20 most-played tracks in the station (Gavin James’ Nervous), with three other tracks in the top 50 by Walking on Cars, Picture This and John Gibbons.

It’s slightly better when you push it out to the top 100, with tracks by Hozier, Kodaline, The Blizzards, Hare Squead, Niall Horan, The Academic and Barq all featuring in the 13 Irish tracks.

There are many more Irish acts once you get to the top 500 and top 1,000, but these usually only have a handful of plays against their name – not enough to make an impact on listeners.

Much more striking is the fact that Soak, the winner of this year’s Choice Music Prize, which has recently partnered with 2FM, only received nine plays on 2FM during the year in which she won the prize.

Those nine plays brought her to joint-1,477th in this list.

But at least RTÉ has Radio 1, and in terms of plays for Irish acts, it leads the country.

Seven Irish tracks turn up in the top 10 most-played tracks on the station this year, with a further 23 in the top 50. So, RTÉ Radio 1 might be a better match of sponsor for the Choice Music Prize than 2FM.

Away from Montrose, the other national music station, Today FM, fares far better than 2FM – with two Irish acts in the 10 most-played, namely Gavin James and Brian Deady, while tracks by Kodaline and Walking on Cars feature in the top 20.

There are 23 Irish tracks in total in the 100 most-played this year on the station.

The Walking on Cars song Speeding Cars is the most-played track on Dublin’s 98FM this year, with 692 plays.

Across the city at FM104, Walking on Cars also tops the 100 most-played (1,254 plays to date) and there are 13 Irish tracks from artists including Hozier, Picture This, The Coronas and Niall Horan.

Looking at the data from around the country, it’s telling that the same names pop up, again and again.

Although there are some regional variations – Lynchy and White Boys scored high in Waterford, for example – the Irish acts that receive the most plays are ones signed to major labels, such as Walking on Cars, Hozier, Picture This, Gavin James, Kodaline and Brian Deady.

Other Irish acts do feature – including former major label acts Bell X1 and Cathy Davey, who have already established an audience – but the overwhelming winners are those who have the backing and heft of a major label behind them.

One of the main issues with a quota system is that it would inevitably favour the Irish acts who are already getting plenty of play.

Commercial radio stations need to sell ads to stay in business and ad buyers want an audience, hence the dominance of certain names on the various playlists around the country.

If Penrose and co were able to find a way to solve this particular pickle, they would be doing a great job.

However, the only way to do that would be to unwind the current system and there are too many vested interests and owners for this to happen.

For now, it looks like you’re going to have to put up with Gavin James and Walking on Cars on your radio – or turn it off entirely.

Source: All numbers are taken from Radiomonitor’s data for the period January 1st-December 8th, 2016