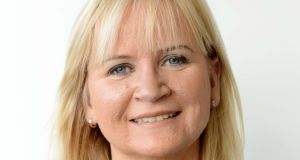 When she becomes director-general of RTÉ, Dee Forbes will be taking up her first job in Ireland since the 1980s. Back then she worked in the family pub in west Cork while studying history and politics at UCD. Now, she’ll be stepping into the most important position in Irish media.

Forbes, whose CV includes high-ranking management positions with some of the biggest names in the international TV industry, will be the first woman ever in the job and the first external appointee since Kevin McCourt in 1963. She will also be the first DG since the early 1990s who does not come from a programme-making background.

Born in Drimoleague, Co Cork, where her parents ran the East End bar, Forbes attended national school in the village before going to boarding school in Clonakilty. Soon after graduating from UCD, she moved to the UK in 1989, beginning her career with advertising agency Young and Rubicam. One of her first mentors told her: “The future is not in advertising, it’s in media.”

“I took a leap of faith, and that is where my adventures began,” she said last year, in a speech reported in the Southern Star newspaper.

She spent 14 years with Turner Broadcasting, and describes the network’s founder, Ted Turner, as “probably one of the most charismatic and influential people in my life”. She had a variety of commercial roles at Turner, including head of advertising sales for Europe and general manager in the UK and Ireland, where she ran seven entertainment channels.

In 2010 she left to join Discovery Networks, where she is currently president and managing director of the London-based Western Europe division. Covering 27 TV brands in 18 markets and territories, the network reaches more than 270 million households each month in the UK, Ireland, Norway, Sweden, Denmark, Finland and the Netherlands, via familiar channels such as TCM, Cartoon Network and Boomerang.

In a deal that sent shockwaves across the European broadcasting landscape, Discovery and Eurosport acquired exclusive Europrean rights, valued at €1.3 billion, to the summer and winter Olympics from 2018 - 2022 across all platforms – including free-to-air and pay TV, online and mobile phone in all languages across 50 countries and most territories .

Forbes made the decision to let Discovery’s channels go free-to-air in countries like Italy, Spain and Germany, which had a poor pick-up for pay TV, which she says has paid off with increased market share. In 2014, she was asked to take on the extremely competitive and complex Scandinavian market, which she acknowledges remains a work in progress.

She chairs the Commercial Broadcasters Association in the UK and is on the board of children’s charity ChildLine and of Munster Rugby Club. She was also a non-executive director of the Irish Times Ltd from 2013 to 2015. At Discovery, she divides her working week between London, Helsinki and Copenhagen, but makes sure she’s on a flight back to Cork every Friday evening to spend the weekend at her home in Glandore.

This is a bold appointment by the RTÉ board and its chairwoman, Moya Doherty, who could easily have gone for a solid in-house applicant such as head of news and deputy director general Kevin Bakhurst or head of television Glen Killane. Running Ireland’s national broadcasting service will be quite a departure for Forbes. Discovery’s business model is largely built on marketing and delivering TV shows - most of them American-produced - to multi-lingual European audiences. RTÉ is a dual-funded TV, radio and online national media organisation which must meet a range of public service obligations, sometimes under intense political pressures while also remaining commercially competitive. Meanwhile, tech companies such as Netflix, Amazon, Google and Apple are rewriting the global ruleson how television works.

“You have to be able to give people what they want, when they want it,” Forbes has acknowledged. “TV is undergoing the most significant change ever. But I guess nobody has the answer yet. We are all just experimenting.”

She gave some indication of her own management style at a Network Cork event last year. “When I was building the team at Discovery it was a case of if you are not in for the ride, then you are in the wrong part of the company,” she said, adding that you had to be able to “trust” in your staff in order to move forward.

“We all see what happens when the world moves on and we remain static,” Forbes has said. Nobody wants to be another HMV or a Blockbuster.”

___
This article was amended on May 5th 2016 to include an attribution to a report published by the Southern Star newspaper on May 20th, 2015.

What are the best novels in Irish? Here’s a liosta
9

Mary Trump on her Uncle Donald: ‘He’s acting on his own racism’
10

Behemoth: The Satanist who took on the Polish government and won
Real news has value SUBSCRIBE