Comment: If a sexual predator wanted cover, he couldn’t do better than Cliff Huxtable

Comedian Bill Cosby, 80, was convicted on Thursday of drugging and molesting a onetime friend in 2004, marking the first such conviction of a celebrity since the #MeToo movement. 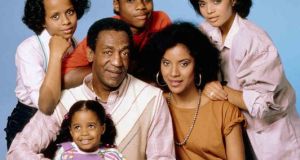 The Huxtables laughed and bonded. They were glamorous, human, affluent and educated. So many different kinds of black

If a sexual predator wanted to come up with a smoke screen for his ghastly conquests, he couldn’t do better than Cliff Huxtable.

Cliff was affable, patient, wise, and where Mrs Huxtable (Phylicia Rashad) was concerned, justly deferential. His wit was quick, his sweaters roomy and kaleidoscopic. He could be romantic.

Cliff should have been the envy of any father ever to appear on a sitcom. He was vertiginously dadly. Cliff is the reason for the cognitive dissonance we’ve been experiencing for the last three or four years. He seemed inseparable from the man who portrayed him.

Bill Cosby was good at his job. That sums up why this guilty verdict is depressing – depressing not for its shock but for the work the verdict now requires me to do. The discarding and condemning and reconsidering – of the shows, the albums, the movies. But I don’t need to watch them anymore. It’s too late.

If Judge Steven T O’Neill sent Cosby away for the rest of his life, that sentence couldn’t undo what he’s convicted of having done to Andrea Constand, his accuser in two trials. It also can’t undo what he once did for me, which was to make me believe in myself.

This is foundational, elemental, cellular stuff. There is no surgical procedure to rid me of it. Anyway, I don’t want to lose that belief, just the man who ennobled me to possess it in the first place. Maybe we’re all compartmentalising.

“America’s Dad” is what we called Bill Cosby. And we called him that because, well, what a revolutionary way to put it. Through him, we were thumbing our noses at the long, dreary history for black men in America by elevating this one to a paternal Olympus.

In the 1980s he made the black American family seem “just like us.” (That’s how a recent episode of the reborn, reactionary Roseanne snidely described nonwhite families currently on television.)

The Huxtables laughed and bonded and debated and lip-synced. They were glamorous and simple and extraordinarily human. And affluent. And educated. And so many different kinds of black.

You’d think that all of that would make them the Howard University of African-American family life. But white people wanted to matriculate, too. So they became its Harvard. For a decade, I filed an emotional application. I had a biological family, and this TV one, a dream family, the fiction against which I measured my blood.

“Just like us” was the dream of the show, right? “Best behaviour” blackness. That’s one way to think about it, the cynical, uncharitable, myopic way, the way you’d think about it if you wanted to psychologise Bill Cosby as Cliff Huxtable.

I couldn’t have known how vertiginous the entire Huxtable project was. I was, like, 10, 13, 15 years old when the show was a thing.

But eventually, I could see that Cliff became a play for respectability. This is how you comport yourself among white people, young black child. Take a little bit of Howard with you on your way to Harvard. But then, in 2004, at an NAACP ceremony commemorating 50 years since the Brown v. Board of Education decision, he gave the notorious “Pound Cake” speech, where prodding for a particular kind of self-betterment turned tsk-y.

He compared incarcerated black men to jailed civil rights activists, the apples and oranges of the black criminal-justice crisis. He ruminated on names that didn’t seem, to him, like Bill.

Maybe this was Cliff unplugged – and unhinged. Mohammed? But it was a dare to flirt with distance, to reconsider all those applications I filed, to see Bill Cosby as someone who, despite hours of comedy like “Bill Cosby Is Not Himself These Days” and “Bill Cosby: Himself,” might not be willing or able to see who “himself” actually is.

I called this a speech, but he performed it like another standup special.

This is the heavy thing about this verdict. The sorting of the ironies has been left to us. Cosby made blackness palatable to a country historically conditioned to think the worst of black people. And to pull that off, he had to find a morally impeccable presentation of himself and his race.

This is what Sidney Poitier, his friend and movie partner, was always up against: inhabiting the superhumanly unimpeachable. But Cosby might have managed to pull a fast one, using his power and wealth to become the predator that white America mythologised in a campaign to terrorise, torture and kill black people for centuries. Cosby told lots of jokes. This was his sickest one.

Cosby’s guilty verdict happens to fall during a week in which Kanye West brought a lot of people a lot more grief, not with new music but with a blizzard of tweets that included an expressed affinity for President Donald Trump, right down to wearing a Make America Great Again cap of his own.

West began his career as a kind of black-sheep Huxtable. (His first album was The College Dropout.) But he eventually gathered a sense of politics – racialised, pro-black politics. And then he married into the Kardashian family and things got as vivid and incoherent as one of Cliff’s Van Den Akker sweaters.

This is how you get a blistering indictment of racial closed-mindedness like 2013’s Black Skinhead but also an embrace of people who’ve been reluctant to shame white supremacists.

This seems like a reasonable moment to wonder whether the Huxtable mold is one that needs breaking – or at least expansion. West presents a new vexation that’s the opposite of Cosby’s stringent black conservatism. He can be offensive and rude and self-aggrandising. But that mindset also feels like a way to move beyond America’s Dad. Disrespectability politics.

We’re in a moment of cleaving terrible people from their great work. It’s a luxury conundrum, one that feels like a mockery of tremendous human suffering.

With Cosby, though, these are questions worth seriously considering. How do I, at least, cleave this man from the man he seduced me into becoming?