The Question: Is Netflix about to become more European?

The European Commission wants at least 20 per cent of streaming networks’ programming to be local. Anglophone countries tend to scoff at culture quotas. But who’d say no to more Borgens, Gomorrahs and even Love/Hates? 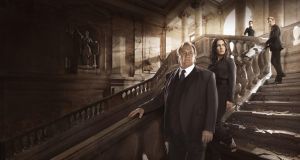 The European Commission has been targeting Google, Apple and other US technology giants for a range of alleged infringements, such as antitrust violations and elaborate tax-avoidance schemes. This week the commission turned its attention to Netflix and Amazon, whose streaming services are disrupting the way we watch television.

But this time the commission’s focus is cultural: it wants at least 20 per cent of streaming networks’ programming to be European, a similar quota to that faced by broadcast networks. They will also have to give that programming prominence rather than bury it in a submenu.

“Overall, strengthening the promotion of European works for on-demand services will lead to a broader and more diverse offer for Europeans,” the commission says, and be “good for cultural diversity and bring more opportunities for European creators”.

That sounds like a decent idea, but according to the commission’s own research the amount of local content isn’t actually much of a problem – about 27 per cent of films shown on streaming services are already European. The streaming services may have to contribute to European film-making funds, though.

Television has long been dominated by US productions, and the on-demand streaming networks are no different: from House of Cards to Mozart in the Jungle, the hits have been American.

But Netflix recently released its first French-language series, Marseille, starring Gérard Depardieu. It’s only the start, with productions planned across the continent.

There’s a tendency, especially in anglophone countries, to scoff at the notion of culture quotas, as if it’s a malign form of affirmative action promoting programmes that nobody wants to watch.

But the homogenisation of popular culture is something worth resisting: one look at the line-up of movies at your local omniplex shows that variety and artistic ambition can vanish when the only incentive is to cater for the mass market.

Would it be so bad if this move by the European Commission encouraged more Borgens, more Gomorrahs and maybe even more Love/Hates?

Music Quiz: Which Britpop star appeared in Harry Potter and the Goblet of Fire?
7