In the new book, our lovable heroine, now a rich widow with a toy boy, is stretched far too thin by author Helen Fielding 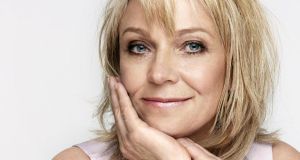 Helen Fielding: many of the writer’s strengths are on display in the new Bridget Jones novel. Photograph: Freud/PA 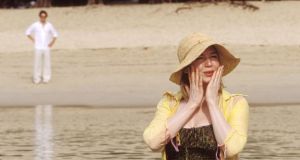 Hugh Grant and Renee Zellweger in Bridget Jones: The Edge of Reason

There is no doubt that Helen Fielding is a comic genius. There is no doubt either that this new book , which brings her heroine into middle age, is disappointing. Although the spectacular success of the first book, Bridget Jones’s Diary (1996; number of copies sold: 15 million) would be hard to top.

Despite the various explanations offered by reviewers for this lacklustre performance, the simplest one is probably the most accurate: at almost 400 pages, the book is just too long.

Sadly, all those lists, once the hallmark of Bridget’s wit, now look like padding. And so does a lot else besides. Lovable Bridget, who was at her funniest and her sharpest in the short newspaper columns in which she was born, has been stretched several comic set-pieces too thin.

In fact, in a shocking development, Bridget Jones is thin, a size 10, for most of this book. The new Bridget loses 40lb in four months – and in one chapter!!!!! This is a bit like Batman killing the Joker in the first 25 frames of a comic, or the talented Mr Ripley saying “you got me, guys” on page 10. The crusade, the obsession and the madness are gone.

The situation is made even worse because Bridget does not really detail how she lost this weight – fume! And detail has always been where Bridget, and her creator, have excelled.

Fielding’s strengths
Many of Fielding’s strengths are on display here. Her sureness with phone calls, for example, particularly when small children are being coped with at one end. She has a searing eye for female weaknesses and snobbery – Bridget’s friend, Jude, is on her iPhone looking for a man on DatingSingleDoctors, for example. But because Fielding’s touch is so light – or perhaps because her readers and reviewers are overwhelmingly female – this aspect of her satire is rarely praised.

Also, both Bridget’s mother and the love-rat Daniel Cleaver thrive in this third book, as vivid as ever. Daniel, played in the first Bridget film by Hugh Grant (sigh!), is now – very plausibly – an alcoholic.

In fact, at the rate everyone in this book shifts the booze, it is remarkable they’re not all in rehab a lot more often.

As for Bridget’s mother, she is in a non-retirement community, St Oswald’s, and wearing coat-dresses in the style of Carole Middleton, which is plausible and funny.

The problem with Bridget’s world has always been its heroes, not its heroines or its villains (I am happy to report that Vile Richard, Jude’s “self-indulgent commitment phobic” is still around in this book, although underused).

Mr Darcy
There has been some outcry

about the fact that Helen Fielding has killed off the perfect Mark Darcy, Bridget’s ideal husband. But in the view of many of us, he should have been killed off years ago. Darcy was the mysterious, emotionally inarticulate plonker against whom the lively Bridget dashed herself, imbuing him with all kinds of virtues.

Here we learn that she used to ask Darcy about his childhood while he was asleep, so unable was he to discuss it. Even as a grieving widow, the best thing Bridget can say about Darcy is “Mark was a gentleman”. Which is bit chilling, when you think about it.

Darcy’s great strength – and this is a surprisingly consistent weakness in a writer as clever as Fielding – is that he was not only posh, but rich. He leaves Bridget “the big house full of memories in Holland Park” (she moves to Chalk Farm) and enough money for private-school fees and domestic staff.

Surely this economic insulation is a mistake – we are in a recession, Bridget, do keep up – because it takes away some of the things that made Bridget so attractive, such as her vulnerability, and her scramble to survive.

As it is, Fielding has sent her straight to cougar town, to a jolly affair with a man who is more than 20 years her junior. This man (29 to Bridget’s 51) is described in bloodless terms. “He looked like an advert. He looked like he’d been airbrushed with a six-pack.” Come on, this isn’t even in English, let alone sexy. If a much-praised male author described a young female character this way there would be hell to pay, and rightly so.

But it is hard to hate a book in which a chapter entitled “Dark Night of the Soul” is just four pages long.

Strangely, what Mad About the Boy makes abundantly clear is that the further Bridget is kept from her romantic heroes, the better off we all are.

She is so much more interesting when she reads Grazia and resolves to “put together fashionable looks based on celebrities at airports”.

We could do with a lot more of this, please. In conclusion, and as part of the Irish Times reader services, I would like to point out that there is no sex in this book until page 196. You’re welcome.

Bridget Jones: Mad About the Boy is published by Jonathan Cape

Kaiser Chiefs at 3Arena, Dublin: Everything you need to know
8