Enterprise to the fore in tough year 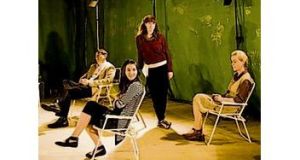 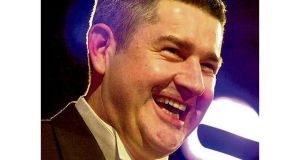 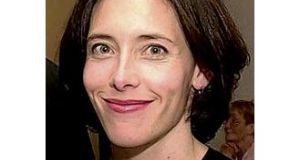 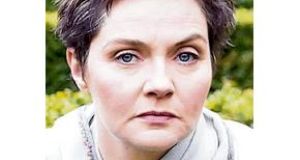 IT MAY HAVE been a difficult year for members of Ireland’s arts community, but Irish theatre has been pronounced fighting fit by the three judges of this year’s The Irish TimesIrish Theatre Awards – Sara Keating, Ian Kilroy and Bernadette Madden. “The funding cuts were apparent, particularly among the higher-funded organisations, but at the same time, that didn’t worry me,” says Keating. “I saw a really encouraging level of quality from lesser-funded organisations, people who were working on one-off grants, people who had secured money through canny means rather than going through the Arts Council, and a lot of very enterprising work by young people.”

This may explain why their nominations for this year’s awards contain so few nods to more established theatre stalwarts. “It’s just very democratic listage,” says Kilroy of their choices. “It shows the theatre event can happen anywhere, with any resources, as long as it all clicks into place and you’ve got the talent, the imagination and the audience meeting that.” He acknowledges that the difficult economic realities can be harder for larger, more established organisations to absorb. “Those big organisations are like large ships that take longer to turn around. Turning the Titanictakes a long time, and slower and smaller craft and smaller companies are quicker to react to new circumstances that we’re living in.”

The result of this may be reflected in the nominations, but the judges stand over their decisions. “It’s not just that we’ve become complacent from seeing more well-established actors, directors, playwrights or companies doing their thing,” says Keating. “We are obviously hugely aware and sensitive that nominations like this are important to everybody across the board, not just for young, emerging artists. But from the scope of everything that we saw throughout the year, this was our reflection of what was most memorable and what was of the highest artistic standard, no matter what the resources.”

Stressing they had no intention of making any political or ideological point, Madden sums up the choices as “what all three of us thought were the best”, adding that most of the inclusions came about from an immediate consensus. “We didn’t have too many quarrels about it.”

So does the list of nominations, which includes a number of site-specific works and some that may fall outside the traditional definition of a play, indicate some sort of sea change in Irish theatre as we know it? “I think it does indicate a changing environment, although I really do think it’s been a very slow mutation,” says Keating. “But I think people are getting more and more successful with experimental work the more they get the opportunity to try it out.” For Kilroy, it points to a shift away from text-based theatre. “The writing was less important this year. The direction was more to the fore. The directors are coming into their own in theatre now. Whereas it was a writers’ theatre, a literary theatre in Ireland, it’s no longer that.” Particularly, it appears, when it comes to Dublin’s Fringe festival, which received high praise from the judges. “If you want to know what stories are concerning people in Ireland, you’ll find it in the Fringe,” says Kilroy. “These are the stories we are telling ourselves. They are produced quickly and often. Sometimes a sketch is better than a full portrait.”

The judges also noted many creative approaches to challenging funding issues, with actors creating their own work to keep themselves employed, and set and costume designers “creating costumes from rubbish bags, from plaster, from found materials”. Yet despite such positive news, there were some grumbles. “Texting during the show,” is Madden’s main gripe, to which she adds difficulties in obtaining information about upcoming shows. “Letting us know [about your show] would be a good thing,” Kilroy concurs. “I think it’s fair to say publicity is a problem. One can only wonder if the low audience figures are tied in there.”

This is not to say there is no room for improvement. “I thought it was a very disappointing year for new writing, from old established names and from new writers coming up. I don’t think it was a bad year for theatre making, or for collaborative theatre making, but for the solitary event of the writer sitting at his or her desk and producing a play text, I thought it was a very bad year,” was Kilroy’s diagnosis, with Keating adding: “Despite all of the money invested in literary managers and dramaturgical work, the editing was probably the biggest problem. There was work there that could have been magnificent if it had been given longer to breathe, or in some cases given less time to breathe.”

General trends noted include the increasing use of technology, as well as a fashion for “self referential theatre, where imagined reviews are cited at the opening of the performance, where critical reaction is in an ironic way, built into the production”. Overall, the themes emerging in Irish theatre in 2009 reflected our changing preoccupations. “I think the stories that are coming forward aren’t the stories about our history and aren’t the stories about the things that have concerned us in the past,” says Kilroy, citing science, ontology and perceptions of reality as subjects tackled in some of last year’s shows. “It’s a changing type of theatre culture in Ireland, but it’s a very vibrant culture and one to be proud of.”

The awards will be presented on February 28th.

Sara Keatingis a freelance theatre critic and arts writer. In 2006 she received a PhD from the Samuel Beckett Centre, Trinity College for her research on 20th century Irish drama. She teaches contemporary Irish drama at NYU’s Tisch School of the Arts, Dublin.

Ian Kilroyis a writer, journalist and lecturer at DIT. Arts editor of the Irish Examinerfor four years, he has worked for the Sunday Tribune, Magilland Irish TheatreMagazine, and at Druid Theatre. His play The Carnival King was produced by Fishamble in 2001.

Born in Dublin, Bernadette Maddenhas been working as a painter and printmaker since graduating from the NCAD. She exhibits regularly in Ireland and has had solo shows around the world. Her work has been used on stage and film sets.

Denis Conway: As The Irish Man in the Druid Theatre’s production of The Gigli Concertby Tom Murphy, directed by Garry Hynes

Stella McCusker: As Mag in the Lyric Theatre production of The Beauty Queenof Leenane by Martin McDonagh, directed by Richard Croxford

Kate Brennan: As Jess in the Hatch Theatre Company in association with Project Arts Centre production of Love and Moneyby Dennis Kelly, directed by Annabelle Comyn

Karl Quinn: As Sorin in the Loose Canon’s production of Anatomy of a Seagullby Chekhov, adapted and directed by Jason Byrne

Karl Sheils: As Tommy Stein in the Oroborous’ production of The Death of Harry Leonby Conall Quinn, directed by David Horan

Malcolm Adams: As Sheridan in the Abbey Theatre’s production of Only an Appleby Tom McIntyre, directed by Selina Cartmell

Dylan Tighe: For The Stomach Box production of No Worst There Is Nonecomposed by Seán Óg

The Stomach Box in association with Poetry Now:For No Worst There is None, composed by Seán Óg, directed by Dylan Tighe

Loose Canon: For Anatomy of a Seagullby Chekhov, adapted and directed by Jason Byrne

Limerick Hub and Belltable: For reinvigorating professional theatre in Limerick

Opera Theatre Company: For its commitment to fostering Irish-based talent. Above: some of its “Young Associate Artists”

Tania Banotti and Theatre Forum: For leadership in the National Campaign for the Arts

Conor Linehan:For setting the standard for original composition in theatre

Ben Omerod: For the Abbey Theatre production of The Last Days of a Reluctant Tyrantby Tom Murphy, directed by Conall Morrison

Séan Óg: For The Stomach Box production of No Worst There is Nonecomposed by Seán Óg, directed by Dylan Tighe

Ben Delaney and Conor Linehan: For the Abbey Theatre production of The Last Days of a Reluctant Tyrantby Tom Murphy, directed by Conall Morrison

Joan O’Clery: For the Abbey Theatre production of The Last Days of a Reluctant Tyrantby Tom Murphy, directed by Conall Morrison

Maree Kearns: For Nomad in association with Livin’ Dred’s production of Observe the Sons of Ulster Marching Towards the Sommeby Frank McGuinness, directed by Padraic McIntyre

Emma Fisher: For The Limerick Hub and Belltable Arts Centre production of Don Juan in Hell, directed by Duncan Molloy and The Revengers Tragedy, directed by Myles Breen