The shock of the New Music Dublin 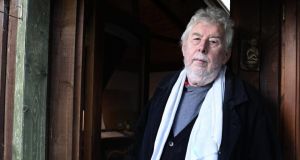 In the world of classical music, contemporary music has a bad name. The undesirable reputation attaches itself to new music, too, just as it did in the old days to 20th-century music. New music’s demographic is altogether younger, its audiences are more embracing, more open-eared, more welcoming of surprise, shock and even subversion.

The “new” in the title of last week’s New Music Dublin festival, at the NCH, raises lots of questions, and its artistic director, composer Donnacha Dennehy, simply sidestepped them. He focused on work he finds exciting and stimulating from the past four decades and more. For example, only one-third of the works in the opening and closing concerts were from this century. Half were from the 1980s.

I’m not pointing this out to make a complaint. But the old situation where new and contemporary and modern and 20th-century used to be regularly treated as interchangeable is somehow still with us. The Huddersfield Contemporary Music Festival has taken the issue on board by prominently describing itself as “the UK’s largest international festival of new and experimental music”. And an interest in the experimental, in the broadest sense, also governed Dennehy’s choices.

Take Austrian composer Georg Friedrich Haas’s String Quartet No 1 from 1997, which requires a special tuning of each of a string quartet’s 16 strings and proceeds in a kind of stuttering discordancy. Or his Quartet No 3, In iij. Noct. , of 2001, which is to be played in total darkness, with the four musicians, all playing from memory, placed apart, typically around the audience. In the Arditti’s performance, the unusual resonances coaxed from the four instruments were even more impressive than in the First Quartet.

Take, too, Danish composer Hans Abrahamsen’s Schnee ( Snow ), from 2008. Its opening soft rustlings hover on the threshold of audibility; its glinting high piano writing and ghostly blending of flute with pizzicato strings are effects once heard that will never be forgotten. On paper the idea of creating an hour-long piece out of musical canons might seem dry as dust. But Abrahamsen’s handling of an unusually mirrored nonet (involving two pianos) makes sure the bird-like delicacy and obsessiveness of what he has called his “white polyphony” retains a peculiar fascination.

The conceptual rigour of Abrahamsen (whose Schnee was played by Crash Ensemble) and Haas, both of whom are now in their early 60s, and the thoroughness of the follow-through of their particular visions, obviously appeals to Dennehy. The one major nonliving composer to feature, in a double portrait concert by Crash, was György Ligeti. His Études for piano, as fascinating as eccentric clockwork machines, have become the iconic piano pieces of the late 20th century. These works and his Chamber Concerto of 1970, one of whose movements the composer described as “like some quaint, half-broken precision-tool starting up”, now sound prophetic of much that has happened since.

Immediately striking
US composer Michael Gordon, one of the founders of New York’s Bang on a Can Festival and a key influence on Dennehy in the founding of Crash Ensemble, was the other focus in the double portrait, and his iconoclastic Rewriting Beethoven’s Seventh Symphony featured in the closing orchestral concert. Gordon is greatly admired by other composers, more so than any of the other figures associated with Bang on a Can. I’ve heard little of his that’s not immediately striking. He has the knack of writing pieces that can leave an eidetic imprint, as, for instance, in the interloping sliding lines that he has, like a Mona Lisa moustache, added to the opening of Beethoven’s Seventh Symphony.

It’s been my personal response that the fascination of Gordon’s work fades long before the pieces have finished. I felt this again in Dry and XY , the works played by Crash, as well as in the repetitive overwriting of the Beethoven. I was impressed, but not won over. This may of course have had something to do with the performing style of conductor Nicholas Cleobury.

He rampaged through that 1988 Gerald Barry landmark Cheveaux- de-frise , as if the composer had stinted on his music’s impact and it needed a kind of flatout forcefulness, as if an electronic processing device had been employed to narrow its dynamic range, increase its loudness and eliminate suggestions of meaningful contrasts. Canadian composer Claude Vivier’s Lonely Child of 1980 also suffered from the undifferentiated musical approach.

Harrison Birtwistle’s gloriously all-embracing 1986 Earth Dances best survived Cleobury’s in-your-face style. Birtwistle was on stage for a pre-performance discussion and gave a public interview afterwards. He’s an engaging and sometimes crusty personality, who takes questions on so directly and so honestly that he’s almost bound to discomfit any interviewer.

He doesn’t always make life easy for himself as a composer, either, seeking out more difficult solutions when things seem too easy, although he pointed out a fondness for beginning all his works with the note E, on the basis that it was one less decision to have to make. He talked a lot about the influence of Paul Klee. At one point he declared his Clarinet Quintet, scheduled for performance later that day, to be his least favourite of his own works. Whether it was a seed planted by this declaration or not, the performance by Paul Roe and the RTÉ ConTempo String Quartet, with David Brophy conducting, left me cold.

Irish composer Jennifer Walshe gave a solo concert of her Historical Documents of the Irish avant-garde Vol 1, Dada , and ALL THE MANY PEOPLS , virtuoso vocal and verbal turns, wild, funny, raw, disturbing, and so packed with incident that you find yourself in a perpetual state of catching up. She also gave a master class for three composers, preceding it with an almost breathless exposition of her musical practices. Her explanation of her approach to writing out her scores was illuminating. Musical notation is not absent, but yields to verbal and pictorial instructions, and links to illustrative material that can be found online.

The other major Irish contributions – aside from the festival’s much-welcomed installations – came in Thérèse Fahy’s Handprint recital of new piano works by Raymond Deane, Benjamin Dwyer, Michael Holohan, Gráinne Mulvey, Bill Whelan and Siobhán Cleary, with all of the composers briefed to take Fahy’s hand-size into account. It’s to the composers’ credit that no listener is likely to have been independently aware that a specific technical limitation had been imposed on music that ranged so widely and wildly. On a first hearing, Benjamin Dwyer’s Ligeti-inspired Étude made the strongest impression.

The Year Without Summer: a vision of climate upheaval seen through the past
8

The Invisible Man review: Tenser than Christmas at the in-laws
9

Is it legal to record someone without their consent?
Real news has value SUBSCRIBE