A fascinating, if underdeveloped glimpse into one of Dublin’s many secrets 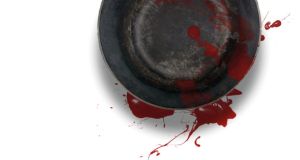 The Curious Case of the Stoneybatter Strangler

Maylin Theatre’s production is based on the life of a little-known Irish Victorian serial killer, who was born without legs and was notorious in Dublin: first as a beggar, then as a murderer, and finally, from his prison cell, as a freakish curiosity. Using the atmospheric environs of Smithfield’s back lanes and St Michan’s Church, this is a promenade performance with terrific potential for Gothic horror, particularly on a miserable autumn evening.

There are some brilliant touches: the testimony of three victims, and a silhouette show that turns the killer’s personal history into a dramatic performance. However, the richness of the story and social world is underdeveloped and at only 45 minutes the show already feels stretched too thin. Still, it’s a fascinating glimpse into one of Dublin’s many hidden histories.