Cork’s renowned but long-defunct music venue is the star of a new show. What was it like to work there? 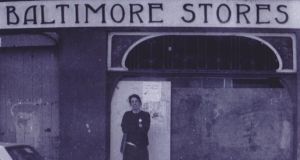 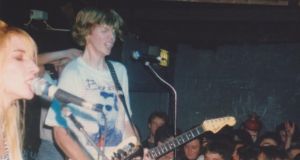 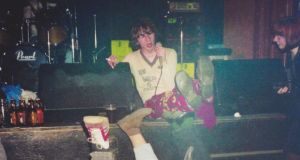 The Mekons played at Sir Henrys on Sunday, February 6th, 1994. It was my first night DJ’ing at the venue. Hardly anyone was there for the first hour of indie tunes. It didn’t matter: I was DJ’ing at Henrys. Then I walked across the gangway and watched the gig from the greatest vantage point in the room: the DJ booth. Gigs were never the same afterwards.

Sir Henrys will be forever synonymous with Sweat, Greg Dowling and Shane Johnson’s club night, which ran from 1988 until 2001. Looking back at old photographs, the place looks like a bit of a dump, but for me some of the gigs the venue hosted are unforgettable.

An Echo & the Bunnymen concert in 1990 was from the strange period after Ian McCulloch had left the band. It was a pretty sad affair, the Bunnymen without Mac, but standing directly in front of Will Sergeant watching him play guitar was mesmerising.

Sonic Youth were supported by Nirvana in August 1991. I took 24 photographs of Sonic Youth on a disposable camera and not one of Nirvana. Who knew? Even though fewer than 300 attended, the gig’s legendary status was confirmed when Sini Anderson used a scan of my ticket stub in The Punk Singer, her fantastic 2013 documentary about the Riot Grrrl movement.

In March 1992 I sneaked up the stairs during a soundcheck to get Gavin Friday to autograph my copy of Each Man Kills the Thing He Loves, his 1989 album. I nabbed a set list after the gig; looking at it now, I’m reminded of his thrilling version of Jacques Brel’s Next.

The Frank & Walters played in October 1992, a big hometown gig after their initial success in the UK. The lads arrived on stage to the theme from the Famous Five television show. The room erupted. They were supported by LMNO Pelican, whose Call Yossarian is one of the greatest tracks written by any Irish band. Four months later the Franks were on Top of the Pops.

The Wedding Present played in December 1993. They were critical and commercial darlings at the time, and the atmosphere was electric. “Any totally obnoxious behaviour up the front and you’re out,” the ticket stub taunts; the mosh pit was, obligingly, only semi-obnoxious.

Many other gigs spring to mind: being awestruck watching Steve Mack of That Petrol Emotion bounce around the stage while the band tore through Sensitize; Cathal Coughlan taking to the stage with The Fatima Mansions and opening with Go Home Bible Mike, turning the mini-amphitheatre into a heaving pressure cooker; Mark Eitzel leading the crowd in a singalong of Johnny Mathis’ Feet in 1998 – a spine-chillingly special moment; watching the mythical Dancing Bastards from Hell and thinking my sides were going to split from laughing so hard.

I remember feeling really lucky because I got to see Sultans of Ping twice in one night, but dreaded having to hump the PA and sound desk down to the Village for their second show. Loading the PA in and out of Sir Henrys was a backbreaking job that would take six of us a few hours. Payment was a few quid and free entry to the gig.

In October 1994 I stood and listened as the sound engineer with The Manic Street Preachers used Yello’s The Race to test the PA. As the song crashed out of the speakers I thought my eardrums would bleed. Later in the night Nicky Wire looked pathetic punching the head of his bass guitar through the low ceiling of the Forum’s stage. Having said that, how could the Grand Parade Hotel house Sir Henrys, one of the greatest venues in the country, in one room and, at the other side of the wall, construct the horror that was the Forum’s stage? Maybe Nicky Wire had the right idea.

In November 1997 Mark E Smith stormed off two songs into The Fall’s gig at Freakscene at Henrys. I was working that night. I ran backstage to find Smith at one side of the Forum and the rest of the band at the far end. Steve Hanley, the bass player, gave me a reassuring look: things would be okay. They returned to the stage a few minutes later. Afterwards, Smith asked what I thought of the gig. I told him that it was good but that I had expected more. He looked at me, puzzled, and said, “But it’s The Fall.” Five months later Smith fired the band.

I remember when Rollerskate Skinny’s Speed to My Side finally filled the floor at Gigantic on Fridays in Henrys. John O’Leary and I had played it for weeks to half-empty floors, but finally it clicked. We turned and high-fived; you’d swear we had written the song we were so proud.

In 1998 we played The Young Offenders’ debut single, That’s Why We Lose Control from a promo cassette that Shane Fitzsimons had given us. The crowd stood and listened. We then rewound the tape and played it a second time – and felt elated as the crowd went berserk.

In May 1998 Grandaddy supported Super Furry Animals after being added to the bill at the last minute. John and I interviewed them on their tour bus for our radio show. We thought it was hilarious that a band whose name wasn’t even on the flyer had a bigger bus than the headliners.

Everyone who walked up the stairs into Sir Henrys has a story to tell. For me this exhibition sparks some great memories. It was a dump, all right, but it was our dump.