Creepy mannequins, the voices of Belfast and a memory test for the audience

Fringe reviews: Traumas of a different type emerge on stage 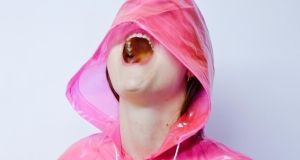 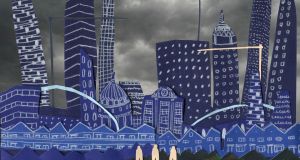 It’s getting harder and harder for me 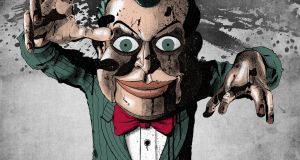 Everything Not Saved
Project Arts Centre
★★★★
Theatre has been curious about memory for as long as it can remember. But lately there’s been a surge in reflections on the fog of human recall versus mercilessly exact documentation. (Why not take a picture? It will last longer.) For their fourth production, the playfully cerebral company Malaprop stage a fascinating, maze-like meditation on reminiscence and record, which shifts and reforms like the folds of a mind.

Devised by the company and Dylan Coburn Gray, it begins with a sly challenge, a ribbing audience memory test, and leads through discrete sequences in dreamlike judders. At the filming for an in memorium sequence in preparation for queen Elizabeth II’s death, a breezy conversation between friends splinters into trails of ethics, perception and the breadcrumbs of recollection. Director Claire O’Reilly treats the show similarly, as an artful blend of the concrete and diaphanous, where details are meant to dematerialise.

But the image of a “forensic actor” drawing from his own trauma to perform in police interviews is hard to dislodge. Hidden within Peter Corboy’s vivid performance, you feel, is a tonne of research, worn admirably lightly. In a later riff on Rasputin, dimly remembered, the fading of cultural memory – of just knowing stuff – becomes mortifyingly funny. A final surfeit of text, however arch, strains for a conclusion, but memory is selective: years from now, when everything else is lost, you’ll still remember Maeve O’Mahony’s virtuosic death spasms and smile. - Peter Crawley
Runs until Sept 16

It’s getting harder and harder for me
Boys School, Smock Alley
★★★★
“We are all in trauma. It’s obvious,” say the three performers in unison before coming down to a barren stage. Each in turn burst into lyrical monologues about the crises and boredoms of their lives on Belfast’s Ormeau Road, which have left them each feeling lonely, isolated and on edge.

Their trauma is individual, and collective, and the show gives you a real, well-rounded feeling for these womens’ experiences, from a wild, self-indulgent millennial, to an uptight pharmacist, to an older housewife. It tackles dependency, addiction, and how cities affect their inhabitants, often leaving them unheard.

Belfast is central to the show – from the rhythms of their speech, to their language, to that dark, Belfast humour – but many of the issues could be applied to any city.

Each of the women might be feeling the weight of the world, but the show isn’t sentimental: it’s playful, sharp, and dry-witted. Painstaking and thoughtful, it’ll make you laugh and punch you in the gut all at once. - Aoife Valentine
Runs until Sept 17

We hear it straight from the dummy’s mouth: what is there to fear? In Peter Dunne’s psychological comedy about a family of ventriloquists, mannequins are momentarily rescued from being typecast as creeps and killers. But that’s not to say this production doesn’t have unsettling depths.

First seen conning strangers on the phone, Donncha O’Dea’s miserable Teddy displays an impressive range of impersonations. His estranged sister Dolly (a deft Niamh McGrath) also throws her voice, venting someone’s disapproval while she agonisingly prepares for her television puppet show. Ventriloquism and its misplacement of speech becomes a fascinating metaphor for anxiety.

After an onscreen meltdown, Dolly is thrown back together with her brother and they squabble over finances and property. Despite Sarah Finlay’s dynamic direction, the plot flags a little before revealing a more intriguing premise: the opportunity to restage a troubled family history. It starts as a cash-making venture but ends as an excruciating form of therapy, although the play itself isn’t always as malleable. - Chris McCormack
Runs until Sep 16

Sex and Lies review: testimonies from women in Morocco
7

Cillian Murphy: ‘To think you can hold Ireland to ransom. You can’t’
8

‘Dunkirk’ is full of inaccuracies. And then there are omissions
9

Dancing with the Stars: Shock exit for teary-eyed Sinéad O’Carroll
10

Hozier: ‘If I wanted to make a f**king pop song, I would’
Real news has value SUBSCRIBE