‘Please speak to someone. You are not alone’

Why don’t domestic-violence victims just leave? Because it often builds up gradually, breaking them down bit by bit, as the staff of Domestic Violence Response, a support service for affected women and children, know only too well 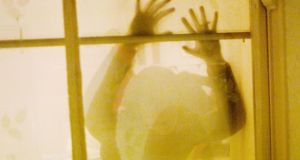 ‘There is no such thing as a typical victim of domestic violence, but there is a typical perpetrator, because they all operate the same control methods,” says Elizabeth Power of Domestic Violence Response, a service for affected women and children.

Usually a phone call is the first point of contact with the service, which is based in Oughterard, Co Galway, but it can take a woman years to dial the number. Anna Clayton is an advocacy worker there. “It’s never as simple as most people think. Why doesn’t the woman just leave? People – the general public – perceive domestic violence as a big event where the woman is beaten black and blue. So much of it is small, everyday, incremental intimidation, where the woman and her confidence is gradually broken down.”

Mary Mangan, who is also an advocacy worker, says, “For a woman to even to think about making the phone call can take so long. It’s a process, and it takes a long time to name it for what it is.”

Power says, “Perpetrators establish the ground very quickly, and the impact is horrendous. Women misname their relationships, and they try and fix it. They make excuses for violent behaviour: he’s stressed, he drank too much. Well, he didn’t hit the barman or the taxi driver on the way home. He waited until he came home to hit you. He chose to hit you.”

Their clients have varied in age from 20 to 84. Men contact them too, but in very small numbers; there were six last year.

Everyone at Domestic Violence Response agrees that many cases look innocuous to outsiders. Power cites one client, who drove a Bentley. “All she got was €10 a week for a petrol allowance; enough to go shopping and to church. She could never actually go anywhere in the car. Everything in her life was controlled; he chose her clothes for her, and she had no access to any money of her own. But people would see the Bentley as a symbol of a great life.”

“Control” is a word all the staff use. “It’s about cutting women off from the world, not letting them meet friends or make choices about things as simple as clothes,” says Sinéad Bohan, whose role includes accompanying clients to court. “We had one client whose husband would only allow her to buy men’s clothes, jeans and T-shirts, and he made her shave her head.”

Domestic violence is classless. “Many perpetrators we know about are middle to upper class: they’re managers, teachers, doctors, lawyers, engineers, businessmen,” says Clayton, adding that gardaí making background checks will not become aware if a barring order has been issued against somebody, as orders are not recorded in the way that, say, convictions for sex offences or other violent crimes are.

“There is no criminal consequence for domestic violence in Ireland; only if you breach a court order,” Power says. “Garda vetting doesn’t take into account barring orders. I don’t believe many organisations in the country are aware of that in their recruitment process,” Power says. “You never read any statistics about domestic violence. It all goes on under the radar.”

Her advice to any woman experiencing domestic violence is to “pick up the phone. If you suspect someone is a victim, do not intervene directly; that can be very dangerous for the woman. Give her the number. Listen to her. Say things like, ‘I’m concerned for you. Is everything okay?’ Give a space to talk. Don’t judge. Don’t try to fix things.”

Ah, 2008. At least back then you didn’t have to sit inside your negative equity property
4

The Strokes: ‘There was conflict, fear, and we got through it and made records’
9