The seven best jazz gigs to go to this week 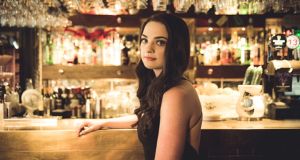 Sligo Jazz Festival
Various venues, ends Sunday 28th
The 14th Sligo Jazz Project has been cooking all week, with a big friendly summer school during by day and concerts from internationally renowned jazz stars by night. It all culminates this weekend with the annual SJP International All Stars concert at the Hawk’s Well Theatre on Saturday night, featuring a sprawling festival line-up that includes ebullient UK vocalist Liane Carroll, ex-Jazz Messenger saxophonist Jean Toussaint, and top Irish guitarists Hugh Buckley and Mike Nielsen, under the musical direction of respected British pianist and arranger Malcolm Edmonstone. There’s also an excellent Saturday lunchtime double bill featuring innovative Dublin vocalist Sue Rynhart’s new collaboration with Quercus pianist Huw Warren and a powerful quintet led by Derry-born trumpet star Ryan Quigley, as well as a late night hit of Steely Dan from immaculate Dublin tribute band Aja. It all ends in a joyous big bash on Sunday afternoon in Anderson’s when the students from the summer school get to present what they’ve been working on all week. Full details and times at sligojazz.ie.

Hotter Than July
Smithfield Square, Dublin
Sponsored by Dublin City Council, and programmed by the Improvised Music Company, Hotter Than July is a free, family-friendly event giving Dubliners of all ages, races and creeds the chance to come together and celebrate the diversity and creativity of the contemporary, multi-cultural city. There’s fun, food and hands-on music and dance workshops happening all day in the wide open space of Smithfield Square, and a packed programme of music on the main stage including Ghanaian master drummers Kakatsitsi, funky Irish internationalists Jiggy and infectious Afrobeat collective Yakanri. Music starts at 3pm, with the last act on stage around 8pm.

Signal Series: Tommy Halferty’s Timeless/Katharine Timoney Quintet
Wild Duck, Dublin
The Signal Series, curated by the Improvised Music Company, is a monthly showcase presenting the best of Ireland’s contemporary jazz scene, and this month is an all-island affair and the perfect antidote to all the Brexit gloom. Derry guitarist Tommy Halferty’s Timeless project is a muscular organ trio celebrating the music of influential US guitarist John Abercrombie, with Belfast organist Scott Flanigan and Dublin drummer Kevin Brady. Also on the bill is rising Belfast singer Katherine Timoney, winner of a BBC Platform Award this year, with a strong north-south quintet that includes trumpeter Linley Hamilton and drummer Rebecca Montgomery from Belfast and Dublin bassist Dave Redmond. A great illustration of the strong musical and personal relationships that increasingly connect the scenes north and south of the frictionless-for-now border.

Bixiga 70
Sugar Club, Dublin
Straight out of the melting pot of Sao Paolo, capital of Brazil’s vast and teeming music-industrial complex, Bixiga 70 are a boisterous 10-piece instrumental ensemble made for dancing. Rooted in the sound and energy of classic Afro-Beat, Bixiga 70 add flavours from jazz, reggae, funk, high-life and tropicalismo to brew their own 21st century Afro-Brazilian broth. Named for Fela Kuti’s legendary Afrika 70 group, and signed to respected German world music label Glitterbeat, Bixiga 70 cook up a sound that speaks to the head and the heart as well as the hips.

Izumi Kimura
DLR Lexicon, Dún Laoghaire
For her Musician in Residence award from Dún Laoghaire-Rathdown County Council, supported by the Arts Council and Music Network, talented Yokohama-born pianist Izumi Kimura has spent the summer exploring the connections between found, environmental sounds and the energy and freedom of spontaneous improvisation. A hugely respected performer of contemporary composed music, Kimura has been moving into the uncharted waters of free improv in recent years and her 2018 trio collaboration with legendary free players, bassist Barry Guy and drummer Gerry Hemingway, has received international critical acclaim. The pianist’s explorations of Dún Laoghaire’s soundscapes – everything from bumble bees in Dalkey to birdsong on Rochestown Avenue to the fog horn at the end of the East Pier – culminate in this, the second performance of her residency, a collaboration with Ukrainian composer and vocalist Olesya Zdorovetska and sound recordist Anthony Kelly. The last performance sold out in a matter of days, so the adventurous of ear should not hesitate.

JazzGate: The Music of Thelonious Monk feat. Greg Felton
Black Gate, Galway
JazzGate curator Aengus Hackett’s series at the Black Gate celebrates the music of a different jazz icon every week. This week, the Galway guitarist has assembled a talent-rich quintet to dive into the deep waters of the Thelonious Monk songbook, with rhythmically creative Dublin pianist Greg Felton heading up a group that includes saxophonist Matthew Berrill, bassist Dan Bodwell and drummer Sean Carpio. Felton and Carpio, two of the most inventive musicians on the Irish scene, are also members of bassist Ronan Guilfoyle’s Monk project, Evidence, so they have form in finding contemporary paths into the great pianist’s idiosyncratic and still hugely influential musical world.