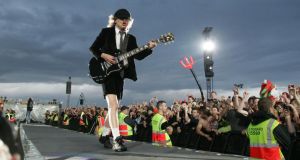 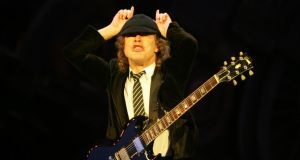 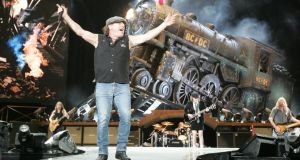 It has been reported that seminal Australian heavy rock band AC/DC may be about to announce the end of their playing career.

Australia’s Sydney Morning Herald cited sources close to the band as saying the group’s rhythm guitarist Malcom Young (61) has returned to Australia with his family.

As rumours mounted that the band may be retiring due to one of the members having a serious illness, entertainment commentator Peter Ford was quoted by radio station 3AW as saying: “The suggestion is being put to me that tour will never happen and we will never see AC/DC perform again or record again.”

Mr Ford tweeted later “there is a sad story behind all this that I have chosen not to report ...boys played together privately a few weeks back”.

The band, which released its debut High Voltage album in 1976 and recorded 15 albums since then, is best-known for hits such as Highway to Hell, Back in Black, Thunderstruck and It’s a Long Way to the Top if You Wanna Rock ‘n Roll.

Formed by brothers Angus and Malcolm Young in 1973 , AC/DC is considered to be one of the biggest influences on hard rock and heavy metal.

The band was inducted into the Rock and Roll Hall of Fame in 2003 and has had streets named after it in Melbourne and Léganes in Spain.

AC/DC recorded in Dublin’s Windmill Lane studio ahead of the 1990 release of hit-record The Razor’s Edge and last played in Ireland in 2009*. An early version of that record’s Thunderstruck track was among tapes uncovered at the studio in 2013.

The band lost its first established singer, the charismatic Bon Scott, to alcohol poisoning in 1980 and despite considering disbanding the group at the time, Brian Johnson was recruited as a replacement.

AC/DC went on to release Back in Black, the band’s most successful album to date. The record has gone on to sell some 50 million copies worldwide.

The 2008/2010 Black Ice tour was reported by Billboard magazine as the second highest grossing tour in history, bringing in $441.6 million in gross revenue.

* This article was amended on 15/4/14 to make a correction. The Razor’s Edge album was completed at Little Mountain Studio in Vancouver, BC, Canada.