Review | Florence and the Machine: Power plays that are a little too familiar 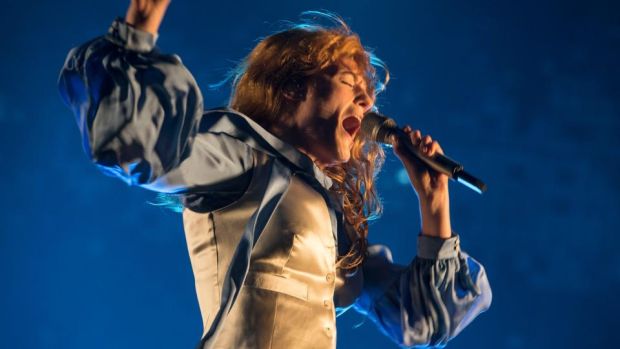 Florence and the Machine

There’s something slightly surreal about watching Florence Welch take the stage in front of a heaving crowd at the 3Arena. She has the audience spellbound before she puts a foot on the stage, and once she does, they lose their collective minds.

The wall of sequins, her outfit and the setlist mean the show begins much in the same vein as their recent headline gig at Electric Picnic. “It’s well known I’m a big fan of choirs, but we wouldn’t have room for one on stage, so I was wondering if this evening, you would all be my choir?” asks Welch, as she asked of the crowd at the main stage on Sunday night. It dulls her magic, if only for a moment.

She begins conducting the “choir” in-between bounding across the stage barefoot and pirouetting back and forth to her drummer. Though it appears as just her quirks, she quietly controls the band with the slightest of wrist movements. Cocking her hand slightly to the side was the cue more than once that she was done running around and that it was necessary to turn some cog in the Machine once again.

Shake It Out is her first big number and she is so mesmerised by listening to the crowd that she completely mixes up the verses. It’s easy to believe the excuse. Despite how powerful and belting her voice is, when she speaks, she sounds timid, and seems almost over-whelmed by the crowd’s reactions.

The Electric Picnic throwback only lasts for the first few songs. The set list changes when Cosmic Love gets bumped down in place of You’ve Got the Love. The crowd recognises the latter before the third note is played. You get the impression by the end of the song that if she left the stage now, people would have gotten everything they came for.

As she runs to the crowd barriers during Rabbit Heart (Raise It Up), she asserts herself as queen of the arena. She leans precariously over the people at the front, touching people’s foreheads, like she’s the pope. Someone shouts that they like her trousers and suddenly she’s demanding trousers from everyone. It’s not the only time she asks people to take their clothes off during the show. No one is quite sure if it’s a power play, or if she just really loves freedom.

Her energy is incredible and her voice ethereal, but there are moments where the physical theatre of her performance is slightly over the top. There’s a long, almost vicious interpretative dance sequence at the end of How Big, How Blue, How Beautiful, that becomes more worrying than interesting.

The stage is lit red for encore of What Kind of Man and Drumming Song before she collapses in a heap in the middle of the stage. Dramatic perhaps, but it’s a hell of a show from a fiery Florence and a well-oiled Machine.

Saint Sister: Where I Should End