Twelve acts are up for this year’s prize, which picks the best album by a UK or Irish act 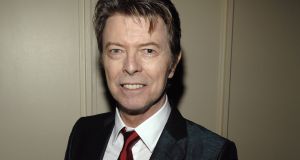 The 12-strong shortlist has been revealed for this year’s Hyundai Mercury Prize.

The albums on the list are: Hopelessness, Anohni The Bride, Bat for Lashes Blackstar, David Bowie Making Time, Jamie Woon Made in the Manor, Kano The Dreaming Room, Laura Mvula Love & Hate, Michael Kiwanuka A Moon Shaped Pool, Radiohead Adore Life, Savages Konnichiwa, Skepta I Like It When You Sleep, for You Are So Beautiful yet So Unaware of It, The 1975 Channel the Spirits by Groovefella and The Comet Is Coming

The prize’s aim is “to provide a snapshot of the year in music, to encourage debate and discussion about music, and to help introduce new albums from a variety of musical genres to a wider audience”. No Irish act made this year’s shortlist.

On the night of the awards show one finalist will be chosen by a public vote, with five more added to a shortlist, from which the panel will then pick an overall winner, who will receive £25,000 and a trophy. It costs £190 for acts to enter the competition.

The competition was begun in 1992. Last year’s winner was Benjamin Clementine. No Irish act has ever won the prize.