Why wait for those end-of-year lists, here’s the best albums and songs – until now 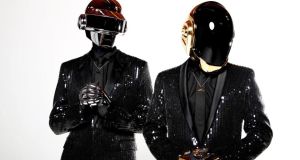 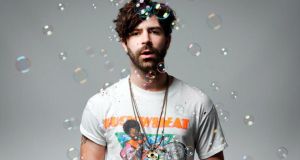 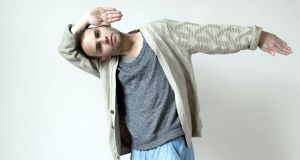 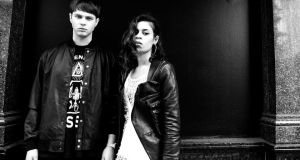 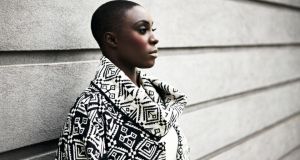 The modern fondness for lists has given us many commendable wastes of time. Between online citadels built entirely on the foundations of numbered features like 57 Cute Dog Photos To See Before You Die or 17 Reasons Why We Love the Irish Summer to publications dedicated to distilling entire cultural histories into Top 100s, lists are truly everywhere. There has never been a better time for fans of systems consisting of ranking cultural stuff from one to 50 and beyond.

Pop music has embraced this enthusiasm for lists with brio and gusto. You’d expect nothing less, of course, from an art form which popularised weekly sales charts. And music is eminently suitable for lists, rankings and the ensuing arguments over who made the cut and who didn’t.

But music’s preference for lists has gone into overdrive of late. A mere end-of-year round-up of the albums and tunes which matter to punters and pundits no longer suffices. Now, like the new car registration system with its 13 1 and 13 2 numberplates, we have the half-year round-up to wrap up the first six months of any year. The quarterly round-up can only be months away.

But hold your scepticism right there. This actually makes a lot of sense for several reasons. While gauging the quality of music is hugely subjective, no-one can deny that the quantity of albums and tracks on release increases in volume with every passing week.

There’s not a record store on earth with the ability to house all these weekly new releases in addition to all their other stock. Heading to Spotify or its peers to check it all out usually ends in confusion and the abundance of choice probably drives most casual listeners back to the comfort of their hair metal playlists. Or, worse, Abba.

The lists, then, serve as a filter. It means someone else has gone to the trouble of checking out all these new albums and tunes and has ranked them for you. If you trust what that person has recommended in the past, and if they haven’t led you astray too much, you’ll be happy to check out what they have to say. It’s like a personal recommendation service – and yeah, there should be an app for that.

What you’ll find below then are the 30 albums and 30 tunes from 2013 so far which this writer reckons you should check out. Yes, there are albums and tunes missing from the list, simply because there’s no way on earth to get the 46,811 albums and 3.6 million tunes released so far in 2013 into a Top 30.

Trust me, there’s even more to come in the next six months before we reach the end of the year. Albums from AlunaGeorge, Arcade Fire, Janelle Monae, Arctic Monkeys, Franz Ferdinand, Ciara, Jay-Z and Waxahatchee may well figure in the end-of-year lists. There’s also a new Kings Of Leon album due, but we won’t mention that if you don’t.


Disclosure Settle (Universal Island)
The Lawrence brothers round up a galaxy of guest vocalists to make merry with their house, garage, bass, RnB and disco grooves for the most playful and infectious album of the year so far.


Girls Names The New Life (Tough Love)
The Belfast band’s second album is one of the biggest domestic wows of the year, an album where a bunch of brilliant, moody tunes keep you coming back for more.


Villagers Awayland (Domino)
Released the first week of the year and still packing an emotional punch, Awayland impresses by virtue of Conor O’Brien’s increasingly assured, ambition and articulate songs. The band playing them aren’t too shabby either.


Autre Ne Veut Anxiety (Software)
We fell for Arthur Ashin and co after spotting them at SXSW and the album whets your
appetite for more live thrills (they’re playing the Longitude festival next month so mark that one down). A superb combo of sonic grandstanding, a rawly emotional voice and lyrics seasoned with totems from Ashin’s psychology background.

Laura Mvula Sing to the Moon (RCA)
The former schoolteacher from Birmingham shows her chops with an album rich with everything from classical chants to gospel soaring to jazzy inflections. The girl can sing – and write deadly tunes like Green Garden.

Matthew E White Big Inner (Domino)
A record full of heart and soul (not to mention funk and country) from the Richmond, Virginia, beardy bro’ and his combo grooving, rocking and shaking like no-one else has grooved, rocked or shaked in quite some time.

Kanye West Yeezus (Def Jam)
Love him or loath him, Kanye West is impossible to ignore, especially when his sixth solo album is a gamechanger in terms of sounds. Give the man another croissant.

Boards Of Canada Tomorrow’s Harvest (Warp)
The return of the Sandison brothers after an eight year absence ensures a superb rub of both vintage and a la mode slo-mo electronics for chin-strokers and connoisseurs.

Robin Thicke Blurred Lines (Star Trak)
More Pharrell as he gets up and gets down with Robin Thicke on a slinky, sultry nod to Marvin Gaye and Michael Jackson.

John Grant Pale Green Ghosts (Bella Union)
A dastardly indicator of what John Grant would sound like after a day at Berghain.

John Newman Love Me Again (Universal Island)
The man who came to the fore via Rudimental’s Feel the Love throws his head back and goes for broke on this soaring pop anthem.

AlunaGeorge Attracting Flies (Island)
Prediction: by the time the end-of-year best-of list are compiled, AlunaGeorge’s debut album, due for release next month, will be in the Top 10.

Duke Dumont & A*M*E Need U (100%) (Ministry of Sound)
Irresistable, infectious, incandescent and other words beginning with “I”.

Foals My Number (Transgressive)
The tune to rule all indie discos in Twenty Thirteen.

Lana Del Rey Young & Beautiful (Interscope)
The haters are going to have to a 180 on Ms Del Rey if she comes up with more tunes like this one from The Great Gatsby.