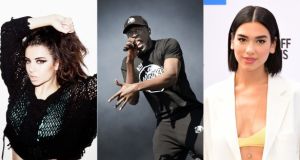 The shortlist for the 2020 Mercury Prize album of the year has been announced but no Irish artists have made the cut.

Several artists including Laura Marling, Kano, Stormzy and Michael Kiwanuka has been nominated at least once before.

This year is the first time in the 29-year history of the prize that women have outnumbered men on the shortlist.

In another first, English songwriter and drummer Georgia is the first second-generation nominee from the same family. Her father, Neil Barnes of Leftfield, was nominated in 1995.

Irish band Fontaines DC were nominated in 2019 for their record Dogrel but British rapper Dave took the prize home with his debut album, Psychodrama. The judging panel is made up of British broadcasters, music journalists and musicians.

This year’s award show had originally been scheduled to take place on September 10th at London’s Hammersmith Apollo venue but this is now in doubt due to the ongoing Covid-19 pandemic.