Melanie C: A Spice Girls reunion? Not without all five

At first, the Spice Girls ‘just wanted to be pop stars’, but the sexism they encountered in the music industry lit the fuse on girl power and inspired a generation 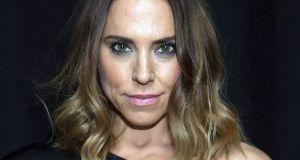 Melanie C: “I think, as time goes on, I become more and more proud of everything that we achieved.” (Photo by Jo Hale/Redferns)

Will the real Melanie Jayne Chisholm please stand up?

There have been lots of different versions of Mel C throughout her 43 years on this planet. At various points in her life, she has been plain ol’ Melanie, then Mel C, then Sporty Spice; a pop collaborator with the likes of Bryan Adams, Lisa “Left Eye” Lopes and many others; a musical-theatre star; a talent-show judge on Asian TV; and, perhaps most significantly, “mummy” to her daughter Scarlett. Her chameleonic nature makes her latest album Version of Me all the more pertinent.

And it’s a fortuitous coincidence that we speak on International Women’s Day, considering the role that she and her bandmates played in sparking the touchpaper of feminism via “girl power” in the lives of so many young fans.

“I think, as time goes on, I become more and more proud of everything that we achieved,” she says. “It’s incredible how many positive stories you hear of women who were Spice Girls fans and how everything affected them in such a great way.

“When myself and the other girls started the band, we just wanted to be pop stars, we wanted to have fun and wanted to make music and play good gigs; we didn’t really think about feminism or anything like that. It was the experiences that we had and the sexism that we encountered in the music industry that was really why we started talking about those issues – and it kind of snowballed.

“It became very much what we were about, because we felt like we had a voice then, and it was important for us to use it. So yeah . . . I feel more and more proud as time goes on. Of course, I’ve had a wonderful solo career as well, but it’s kind of thanks to the Spice Girls that I’ve been able to do that.”

Last year, rumours of a Spice Girls reunion began to surface. Then, with Chisholm and Victoria Beckham reportedly opting out, Mel B, Emma Bunton and Geri Horner (nee Halliwell) tentatively (if not a little confusingly) launched themselves as “GEM” amidst speculation that they were refused permission to use the Spice name.

Now, that fledgling group seems to have crash-landed before it even took full flight – but in any case, Chisholm says that she has drawn a line under her Spice Girls career for now. ‘

“After we did the Olympics, Victoria said, ‘Y’know what, girls? I think that’s it for me,’ and we completely respected that,” she says. “The other four of us were chatting and we thought maybe we could do something in the future. Wannabe was 20 last year and was the perfect opportunity to celebrate.

The Spice Girls was a five-piece and our individuality is our strength, so with somebody missing, it’s not complete

“But I was umming and ahhing about it, and I just thought, y’know what, after the Olympics – which was such an incredible thing to do with all five of us – I kind of thought that going out as a four-piece wouldn’t do the band or the fans justice. I’m not saying that I would never perform with the girls again because you really don’t know what the future holds – but at this point, I think it really only could be five.

“The Spice Girls was a five-piece and our individuality is our strength, so with somebody missing, it’s not complete. So that’s pretty much how I feel about it. I know lots of bands historically have got back together to make a few quid, or whatever . . . but to me, Spice Girls is more important than that. I know it’s not what some people want to hear, but I hope that people can respect my choice.”

Chisholm has always been the Spice Girl with the most prolific and most successful solo career, remaining dedicated to music when her fellow bandmates diverged into the worlds of fashion (Beckham), acting (Brown) and various TV-related endeavours (Bunton).

Being the first member of the group to go solo, with the aforementioned Adams on When You’re Gone in 1998, was an invaluable experience in terms of building confidence, she says, but as far back as her first solo album, Northern Star, she has been versatile when it comes to style – incorporating rock, dance and even shades of hip-hop into her pop sound.

In more recent years, she even released an album of songs from stage musicals, and Version of Me continues that thread. This time around, she is updating her sound to incorporate electronica, thanks to young London production duo Sons of Sonix. The gamble has paid off: the album has proved her most commercially successful and highest-charting record in more than a decade.

“It would not have been a collaboration that I would have gravitated towards naturally,” she laughs. “I never thought I’d be working with people who work with grime artists. Luckily, we have the same publisher, and he knows me very well and he just thought it would work. These guys are in their early to mid-20s, and the first day I was working with them, one of them said to me, ‘Yeah, I was four when the Spice Girls came out.’ I was like ‘Okaaaaay . . .’

It was exciting to try and find a fresh sound for me, but something that wasn’t too young

“But it was really brilliant for me, because it opened me up to a whole new world. Young people are exposed to music so differently now, and culturally, all of their influences are very different to mine, and the thing that we had in common was our love of music. It was exciting to try and find a fresh sound for me, but something that wasn’t too young; something that still felt relevant and authentic.”

These days, she is content to share the charts with the younger crowds – the Taylor Swifts, Adeles and a generation of other acts who grew up with the Spice Girls as an influence.

“My little girl’s eight, so I get to listen to a lot of Taylor Swift and Ed Sheeran and Little Mix, as well as loads of EDM and loads of pop stuff,” she says.

“Obviously, someone like Adele is an incredible vocalist and super-flattering . . . Ellie Goulding . . . all of these fantastic young artists who talk about being fans of The Spice Girls. I’m a huge fan of theirs, so it’s always lovely to hear. At the end of last year, I performed on stage with [Danish pop star] Mø, who’s very electronic and who’s worked with people like Major Lazer and DJ Snake and Justin Bieber. She was a huge Spice Girls fan, and in fact she’s done a fantastic cover of Say You’ll Be There that’s very different – so she invited me to come down, and join her on stage [for it].

“The audience went nuts, she loved it and I loved it. The funny thing is that she was a fan of the Spice Girls and many other things, but now I find that I’m influenced by her. So it’s kind of gone full circle, in a weird sort of way.”

All in all, the artist formerly known as Sporty Spice sounds pretty damned zen these days. The only thing she wants to check off the bucket list in the near future, she says, is a role on Broadway; she enjoyed her time on the West End in productions of Blood Brothers and Jesus Christ Superstar. There are some regrets, sure – but the general advice that she’d have given the 20-year-old Melanie, about to embark on this crazy adventure, is pretty sound.

“It’s funny, y’know, because it’s something I’ve been thinking about quite a lot lately; I think it’s probably my age,” she laughs. “When I was 15, I was really ambitious and really driven, but it was very pure and very innocent. I think through my 20s, as most of us are, you’re quite influenced by the people around you or people’s expectations or judgments of you.

“So I think at this age, I just kind of want to rediscover that kind of inner child; just be who I am and not care what anybody thinks. So yeah,” she says, with a chuckle. “I would probably say to my 20-year-old self: ‘Just remain who you are. Oh – and enjoy the ride.’”

Radical Wordsworth: Focusing on the ‘spots of time’ of poet’s greatest work
6