Awesome music you may have missed. This week, Esa Ruoho 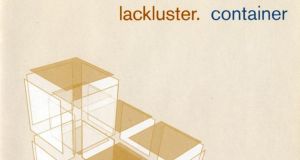 Esa Ruoho began releasing records out of his Helsinki home studio in 1995. It was a pivotal time for undergound electronic music generally and one where the power base was noticably moving away from the centre towards ever more remote corners of the globe.

Back then, the tectonic plates were shifting in dramatic fashion. A new order was on the rise with self-sufficient producers beginning to reap the rewards of the DIY boom.

There was a flurry of activity undergrond and an explosion of new stars above it. Lights were going on all over the place. The bedroom soldiers were finally bringing the heat in earnest, using new fangled software to bypass the studio system entirely. The power was shifting back to the individual and a quiet revolution was brewing. The possibilities seemed endless.

Suddenly, up pops Finland on the dial and out pours the mesmerising sound of Lackluster and the album Container. What a beautiful noise to behold. It resonated with a gentle softness pre- viously unheard. Here was an example of how the understated could be reconfigured to pack quite a punch.

Ruoho crafted something fresh and original from generic music-production home-computer software. Despite appearances, this wasn’t easy. The easier it is to make noise, the harder it get’s to come up with a truly original sound, but Ruoho managed with aplomb. The source of Container was no surprise. There was a huge spike in the volume of electronic music coming from the colder corners of the Scandanavian north at that particular point. By the time Container was released at the turn of the millenium the Northern Lights were outshining almost everyone. Lackluster’s music stood out so effervescently you could nearly say it glowed. It’s a message worth getting.