From artificial intelligence to Generation Z, the Texan media festival has become a conference of everything 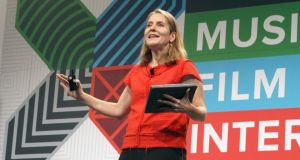 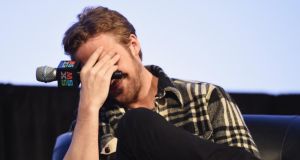 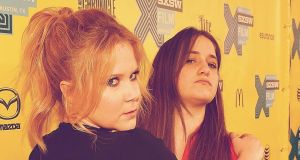 The internet of everything is discussed again and again at South By Southwest (SXSW), but the event itself has become the conference of everything.

The annual Austin, Texas festival may sub-divide into interactive, music and film festivals, but there’s considerable space within and crossover between each of these categories to allow the festival to encompass so many different themes and topics.

At first glance, there’s little to link all the disparate elements on the programme. Is there anything to connect such highlights as: Saudi Arabia’s Princess Reema Bint Bandar Al-Saud talking about empowering women; a talk on transhumanism from Dr Martine Rothblatt; a work-in-progress screening of the new Amy Schumer flick Trainwreck with basketball star LeBron James stealing the show; and Eric Ries preaching his lean start-up mantra? There’s little common ground here, bar the fact that they’re all happening at SXSW.

But what makes SXSW work is that so many different people are in the one spot at the same time, and all of them are open to talking, learning, connecting and having fun.

Bright, savvy, interesting folk from a huge range of backgrounds and disciplines are here to talk, network and exchange ideas. Their discussions run long into the night fuelled by barbecues, beverages and all-star parties.

The conference hasn’t stopped growing either. Case in point are the relatively new sports and food strands. Both of these debuted on the schedule last year and both return, much expanded for 2015.

There is scope for more thematic additions in the years to come, and Austin itself is expanding, with a number of new, huge hotels coming on stream in the downtown area. The SXSW economic bounce is considerable, with the 10-day event worth $315 million (€297m) to the city last year.

However, you’d be hard pressed to imagine just how any attendee could fit anything else in. As things stand, there are more talks, workshops, presentations, panels, interviews, discussions and exhibitions happening here than you can either get to or keep track of. Indeed, if there are not 10 things happening at once that you really want to go to, you are probably doing SXSW wrong.

But it’s also worth noting that even though SXSW is big, noisy, messy and often baffling, some common themes emerge over the course of the event. Here are 10 takeaways from the opening salvo of SXSW 2015.

1 The future is here

If you want to know about the future of everything, you’re in the right place. There are a rake of talks on new developments in artificial intelligence, robotics, encryption, healthcare, biometrics and even the simple act of remembering the password to your email account. AeroMobil chief executive Juraj Vaculik promises a flying car by 2017, with a self-flying one soon afterwards. The future, though, is not all good news: former Los Angeles detective Marc Goodman talks at length about the future crimes we’ll face from criminal enterprises now that everything is online 24/7.

Event attendees are always looking for the next Twitter (launched here in 2007) and this year, Ben Rubin hits the SXSW jackpot with live streaming app Meerkat. Rubin’s product gains much of its traction from the fact that Twitter has decided to limit the app’s access to its social graph. The company took that decision because it saw Meerkat as competition for Periscope, an app that does much the same thing, and which Twitter recently acquired. Not that this has phased Rubin too much. He is easy to spot on the streets around Austin over the week, thanks to his bright yellow T-shirt and shell-shocked appearance, as he comes to terms with his weeks-old service gaining so much overnight attention.

3 The kids are alright

Parsing the attitude and thoughts of millennials on a raft of issues is a strong feature of SXSW Interactive 2015. We hear from Uber investor Bill Gurley about how millennials don’t care about cars, which is good news for him. Designers have a huge challenge in how to present media and news to millennials, while employers have a similar job, in making sure this generation is happy in the workforce. And as if that generation gap isn’t enough, there are also a couple of airings of Generation Z, who make millennials look like aul’ wans.

4 From the big screen

You’ll find dozens of film-makers in town to screen their latest flicks and this year is no different. SXSW is also where they get to talk about their trade and craft and it is illuminating to hear from folks such as Selma director Ava DuVernay, Wu-Tang Clan instigator turned film-maker RZA, debut director Ryan Gosling (talking to Guillermo del Toro), Hal Hartley (whose new film Ned Rifle is screened here) and actor-director Mark Duplass.

SXSW always attracts heavyweight panelists and speakers and this year’s crop are well worth queuing for. Pick of the bunch in the bigger rooms includes a wide-ranging, freewheeling conversation between writer Malcolm Gladwell and entrepreneur and investor Bill Gurley; TV and film producer Brian Grazer talking about the value of curiosity; and a fantastic keynote from Museum of Modern Art curator Paola Antonelli on the overlaps between design, art, technology and science.

One of the reasons why the Austin event has become a calendar highlight for many is the great local food scene. It is perhaps inevitable then that SXSW would seek to bring a lot of the discussion about food under the festival’s SouthBites umbrella. There are insights from supermarket expert Phil Lempert about what to expect from our grocery stores in the future, a fascinating discussion on the new school of food festivals and a great conversation between musician Questlove and chef Paul Qui about creativity and food.

Perhaps the most fascinating SXSW event of all is the one that 99 per cent of attendees knew nothing about. That’s the gathering behind closed doors of 20-30 privacy campaigners and technology experts, including reps from companies such as Twitter, Evernote and Cloudfare, to hold a question-and-answer session via video link with Edward Snowden. On the agenda: tech, privacy and spying, the three hot-button issues du jour.

From vertical social networks such as Doximity and Spiceworks to how terrorists are using our favourite social-media apps to promote their campaigns, there was naturally a lot of social-related musing and belly fluff at SXSW. One of the best panels on this theme is #NoFilters, where Krystine Batcho, Paul Tyma, Jenny Stoltenow and AJ Scherbring discuss the societal costs and disadvantages of an always-on world when it comes to psychological needs, security, authenticity and self-actualisation.

Enda Kenny is not the only politician paying a visit to SXSW this week. Former US vice-president Al Gore was in town for his third appearance at the event to speak about climate change. He also urges tech leaders to launch a grassroots campaign to tackle the issue. Another interesting panel sees seasoned election campaigners talking about what the many marketing and advertising professionals at SXSW could learn from their political activities when it comes to the subtle art of persuasion.

One of the growth areas at SXSW in recent times has been comedy. Between stand-up showcases, comedy screenings and podcast recordings, it’s an excellent snapshot of the current state of the laughing game. Comedy fans are yelling and yodeling in approval at performances by Amy Schumer, Bill Burr and Hannibal Buress, while screenings of new comedy films such as Trainwreck and TV shows such as Angie Tribeca (directed by Steve Carell) and Community attract eager crowds.

Saoirse Ronan: ‘I never got cast for my looks’
9