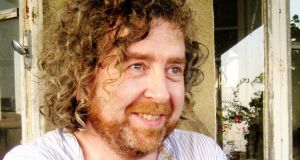 Martin Clancy: “I loved passing on what I knew and being honest about what I didn’t know.”

As a member of the Irish rock band In Tua Nua during the eighties, Martin Clancy was able to capitalise on his curiosity of how music is produced. Over the course of nine years as the band made records, the Dubliner watched and learned from some of the best producers of the era in top class studios.

It was in those sound-proofed rooms that Clancy was able to learn the methods behind why hearing David Bowie’s Ashes To Ashes on the radio fired his imagination. As a teenager, a spark was lit. The American concert promoter Bill Graham fueled his understanding, helping Clancy see the connections between types of music.

By the time In Tua Nua disbanded in 1990, Clancy was asked to write a music business course for musicians based on his experiences. It was then he discovered he enjoyed the lecturing side of things.

“I loved passing on what I knew and being honest about what I didn’t, Clancy offers. “It’s important, I believe, to highlight your bias and encourage enquiry and confidence in your students.”

From stage to studio
Encouraged by his wife Trish, who sadly passed in June, Clancy started making music in 2003. With new skills in digital production with musicmaking software like Ableton, the music was more of a dance music vein. His wife managed him and sent the music to contacts. Billboard chart placings, compilation features, Brooklyn Philharmonic Orchestra collaborations and a role as an artist in residence at the Seaport Music Festival in New York followed. Those achievements pale in significance to sharing that journey with Trish.

“I would never have returned to making music without her encouragement, guidance and direct participation. I learned more from her about music than the sum total of everybody else. My time as a DJ/Producer is my time on earth with her. Now she’s gone I’m not sure where this may lead.”

It was Trish who encouraged him to apply for Ableton’s Certification to become a teacher of the software, which currently occupies most of this professional time.

Ready, willing and Ableton
“When I arrived for what turned out to be a two-day examination I was taken back by the calibre of the other attendees,” Clancy remembers “One guy had been running courses in London and had waited six years for an invitation to be examined.”

As a teacher of the software, which Clancy considers both an instrument and a professional recording studio, he is free to develop a syllabus. He teaches classes in intro and advanced levels and the course takes in sound engineering, music theory, mixing, live performance, remixing, mastering and more.

Students and setups
His students are drawn from all types of fields but include DJs looking to make their own music, songwriters who want to sound more current, producers who want to update their skillset and artists who want to use the software live. Clancy says that there has been a welcome increase in the number of females on the courses recently.

There is an option to participate over Skype, whether the student is a music business executive in LA or a person with physical disabilities. The syllabus has to be kept fresh as digital music software develops fast.

“Where possible I like to have two lecturers on hand to present alternative options and arguments,” Clancy explains. “It’s unusual but stimulating and we’re continually changing the learning program. As Noam Chomsky said ‘If you’re teaching the same stuff as you were five years ago either the field is dead or you are.’ I remain my best student.”

A lot of people’s first experience with Ableton is probably with a cracked [illegally-acquired] version of the software.

“In my experience, the majority of illegal software users move on or desire to move to actually purchasing software,” Clancy observes. “A positive gateway example exists with iOS music apps, they are targeted at an affordable price point which supersedes any BitTorrent alternative.”

Parallels to the past
Easy to use, powerful software like Ableton Live and its accompanying hardware Ableton Push are among the factors why music has changed, why it has embraced new sounds and techniques. In the context of an industry in flux, Clancy (who is currrently pursuing a Doctorate in Trinity College on Future Music) sees a parallel with the past of music history.

“In so many respects the digital age reflects the values, methods of communication and sadly, the remuneration that existed in the western aural tradition of music prior to the last century. I think there are many links: Irish trad music being rewritten on the fly shares much with creative, open source impulses found in sampling and remixing cultures, while conversations with friends in DJ culture, the militant ‘vinylists’ in particular have a familiar ring that I remember hearing in folk music practices. And of course income streams such as they were in the 19th century were as crap as they are today.”

Collaboration is key
Teaching music software is all well and good but Clancy is a big believer in avoiding the creation of another generation of solo bedroom producers and suggests collaboration is key to music’s future.

“Historically, with the notable exceptions of savants like Prince, much of the great music was forged by a working combination of individuals, sound engineers, musicians, songwriters, producers, A&R people et cetera.”

“Now it can all be done in a digital box, which is a lonely universe and typically a lot of work remains unfinished for that self same reason. So while increasing your skills set is essential, knowing and accepting that you don’t have to be able to do everything is also essential.”

Clancy practises what he preaches, having recently collaborated on a new “melodic techno band” called Vellaraphon, born from his Ableton classes. Its members are Greek producer and a fellow lecturer Vasileios Gourgourinis, Italian DJ Guilano Al and Carlow rapper and singer Dammy Ari. The age range is between 20 and 50.

“This would have been the plot of a Pat McCabe novel 15 years ago. Now it’s just everyday people making music.”