After a flash of musical stardom in her teens, Leanne Harte gave it all up. But she’s back with a new sound and this time she’s taking charge, she tells Lauren Murphy 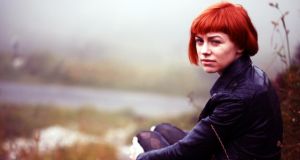 For a former showbiz kid, Leanne Harte is surprisingly level-headed. Okay, okay – “showbiz kid” is overstating the case a tad – but it’s not every musician whose parents surprise them with a trip to a recording studio at the age of 11.

“I recorded this 10-track demo of songs I’d written and a couple of covers, and I think Simon Young played a few tracks on the radio,” she explains. “I thought it was the best thing ever. I started writing songs just after I learned my first three chords. My parents were really encouraging, so I wrote loads of songs because I liked the reaction I got.”

A musician friend of her dad’s gave her some tips on how to navigate the industry, and it wasn’t long before Harte was on her way to a career in music, fronting a band that was steeped in power-pop and rock influences. She had guitar endorsement deals by 16, an album released on her own label at the same age and then various award nominations, including a “Hope for 2008” nomination at the 2007 Meteor Awards. And then, things started to derail a little.

“I didn’t go to college after school,” she says. “I thought, ‘I want to be a musician’, and that was it, but then I felt like I was missing out on the experience; my friends had all gone to college, and I was sitting at home, and I felt so lost. I was going through a lot of personal things at that time, as well – I was coming to terms with being gay, too, and that was a massive thing.”

The turbulent period coincided with Harte temporarily giving up music, or at least performing in public. She eventually enrolled in college, earned an IT degree and began to pursue a rather less exciting career than the one she had always assumed she’d undertake. Privately, though, she continued to play, although her style shifted from electric to mostly acoustic. This shift audible on the Restless Sleepers EP, a collection of songs that signify a new chapter in Harte’s career.

“The new stuff is still me – you can still hear Leanne Harte in there – but it’s a bit mellower,” she says.

“This EP feels a million times more important to me, in a sense, because I did it entirely myself and I didn’t have anyone telling me ‘This is how you do this.’ I made all the decisions about arrangements, recording, even the manufacturing of it. It was stressful, but it was great because I felt like I was learning how everything works.”

When Harte decided to return to music a couple of years ago, there were issues to be dealt with. An interview with a tabloid newspaper in 2010, when she was tentatively testing the musical waters once again, made her decision to come out a matter of public interest.

“I was so silly to do that interview,” she says, shaking her head. “I was genuinely so naive to think that they were doing a piece on me as an artist. I mean, I knew that some people knew, but I just wanted to address it. What I was really sick of was being interviewed and having to play the ‘pronoun game’ all the time. I used to be asked ‘Are you seeing anyone?’ and I’d say ‘Um, yeah’, and they’d just assume it was a guy, and I didn’t want to have to make it into an issue or turn the interview around to make it about that.

“My parents knew, but my extended family didn’t, so it turned into this huge thing and I was really upset about it for a while. But it turned out to be a good thing, because everyone rallied around me and I think that made my parents feel better, too.

“People like talking about it – I love talking about it – but it’s just one of those things, I think. The more it gets normalised, the less it’ll happen, but it’ll just take time. I am kind of glad that when you Google my name, that’s what comes up – ‘Gay artist Leanne Harte’ – but at the same time, I don’t want to be known only as a gay artist. I’m just an artist. It’s not relevant.”

In any case, the now 27-year-old Harte is in a much better place these days, something reflected in the music she herself describes with a tongue-in-cheek grin as “more mature”. Dates in Germany, where she has a growing fan base, are scheduled for the summer, and the plan is eventually to release an album that showcases how far she has come as a songwriter since her teens.

“I recorded this EP because a few friends wanted recorded versions of songs I’d play live,” she smiles. “I would like to have proper management behind me again, so I said I’d do an EP, send it out to some management companies and labels, and just get myself back out there. I’d love to do an album next, but I’ll just have to see what happens. I’m still writing away, so it’s definitely the plan at some point. I guess when I was doing it before, it was heavy rock – it’ll be interesting to see how I’m perceived now that I’m doing something different.”

Restless Sleepers is out on July 3rd. Leanne Harte plays the Peacock Theatre on the same night

LAURA SHEERAN
Whether in her offbeat solo guise, or as one half of “alien synth-pop” group Nanu Nanu, Galway native Sheeran’s music is never less than absorbing. laurasheeran.com

ELAINE MAI
Another musical chameleon, whose blend of acoustic pop is enhanced via the use of loopstations and laptops. She also provided vocals for Le Galaxie’s 2012 hit Love System. elainemai.com

Ivan Yates turns the blowtorch on all politicians
10