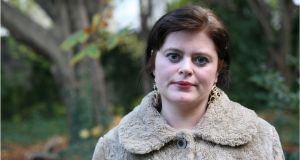 The news that an established Irish composer declined a lucrative Arts Council commission on the basis of gender bias has to be a matter for serious concern.

Deirdre Falvey’s article on Irish theatre’s gender revolution revealed the fact that composer Siobhán Cleary, a member of Aosdána, had “turned down a large commission from two Arts Council-funded bodies because she was offered 20 per cent less than her male colleagues were in the last four years, for the same commission.”

This sounds just like the kind of issue the BBC is struggling with as it strives to correct the remuneration of high-profile female presenters who had historically been paid vastly different sums to male presenters doing the same work.

It’s the veil of secrecy usually enveloping those imbalances that makes the issue so hard to grapple with. Quantifying the nature and extent of gender bias is pretty difficult when the essential data is hard to find. Cleary is to be congratulated on her courage in stepping forward to bring the issue to public attention in the first place.

In the case of Arts Council-funded commissions, she has actually opened a can of worms that goes well beyond the issue of gender inequality. One of the core problems with the council’s music commission scheme is that it is set up in a way that simply cannot deal with the principle of equal pay for equal work.

Composers are not allowed to apply for commissions from the council. It’s true that they are the ones who end up with the fee. But it’s the commissioning bodies – performers, ensembles, promoters, venues, festivals – who have to make the applications.

Unlike the decisions about regular grant applications from larger Arts Council clients, the council itself does not itself adjudicate on the music commission awards.

The decisions are made by panels of outside specialists brought together for the specific purpose of assessing groups of applications and making awards. The council sets the total amount that’s available for any particular batch of applications, and the panels decide which commissions will be funded and how much each will get. The commission awards are not unique among smaller Arts Council schemes in this regard.

The panels are not bound by any regulations regarding the proportion of the requested funding they must allocate. They exercise their own value judgments in deciding how much goes to whom, though there is an absolute ceiling of €12,000 per application for music commissions.

So where are the balance issues in all of this? Well, the membership of the panels changes for every round of applications – there are sometimes two in a year. And the panels don’t take anything into account apart from the bundle of applications they have been given to assess.

They’re a bit like the hero of Christopher Nolan’s great 2000 movie, Memento, a man who gets up every morning having forgotten everything he’s experienced since he was struck down with amnesia. Unless he can consult his notes, the history and context of his life as an amnesiac are lost to him afresh every morning.

The Arts Council panels are given no history or context for making their decisions. This works against the achievement of consistency between the quality and character of the applications received and the nature of the awards made.

The panel that allocated Siobhán Cleary 20 per cent less than some of her male colleagues were earlier offered for similar work would have been as blind to that fact as they would have been had they offered her an increase of 20 per cent.

There is only one repeating commission that meets the description she gave. The applications came from the Cork International Choral Festival for works to be performed by Chamber Choir Ireland as part of the Seminar on New Choral Music that the festival started back in 1962.

Simply put, equal pay in any sense is just not on the agenda for panels considering Arts Council music commission awards. This is a long-standing situation and it will do nothing to enhance the council’s reputation for fairness – or for achieving gender balance in the size of awards – until the scheme is radically reformed.

Oh, by the way, I didn’t mention one of the Arts Council’s killer rules. The documentation for potential applicants poses and answers the question “Who is not eligible to apply?” by saying, “Applicants who have previously made an unsuccessful application under the Music Commissions Award for the same proposal.”

Once a commission application has been turned down, that same application can never be submitted again. In most cases there is nowhere else to turn to. The implications of that for any great ideas that get rejected are not at all difficult to figure out.