Classical music: Printed programmes are a convention worth keeping 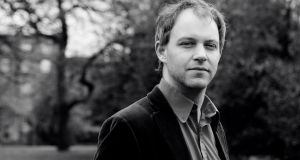 David Bremner featured as pianist and composer at Echoes and Memories, curated by Gráinne Mulvey

The world of the classical concert is a highly ritualised affair. The dress code for performers is as formal as it is for weddings, although there are, of course, performers who shun it. Austrian pianist Friedrich Gulda took shunning to an extreme when he once appeared on stage nude.

There are also conventions about silence and applause, and there aren’t many classical venues that allow you to take a drink into the auditorium. Some of the more modern rituals involve dim lighting, which is certainly not what audiences would have expected back when concerts were given during the day in venues with large windows. The National Concert Hall is a remodelling of the hall built for the Great Exhibition of 1865, the windows of which are now fully blacked out.

The printed programme is another convention, a booklet that tells you what is being played, gives the running order, alerts you to the placing of the interval and provides background information on music and performers.

The BBC set a pattern in Belfast many years ago of printing the approximate duration of individual works, and the Ulster Orchestra and the RTÉ National Symphony Orchestra have followed their lead. If you are hearing any work for the first time it is especially useful to have an idea of the timescale involved. Opera companies also routinely provide information on the duration of performances.

The tradition of the programme note arose during the 19th century, as the middle-class audience for concerts began to expand. And, given the sheer breadth of the repertoire that audiences can encounter today, there’s probably nobody, not even the most experienced connoisseur, who hasn’t benefited from a programme note at some stage.

If you don’t know offhand what age Beethoven was when he wrote the Pastoral Symphony or Mozart when he wrote the piano concerto that is now nicknamed Elvira Madigan, the programme note should make this obvious. Basic information will include the composer’s dates of birth and death, the date of the compositions, a list of the movements and an indication of whether they are played separately or if some lead directly into one another.

If the number of people I see consulting their programmes during concerts is anything to go by, audiences find them valuable. Personally, I regard them as valuable enough that it’s best when they are provided free, as seems to be the norm in the US.

One of the paradoxes of the printed programme is that the pieces that are easiest to write about usually get the most attention. Standard repertoire is better looked after than new music.

Part of the problem is that a high proportion of composers seem not to like having to write about their work. And understandably so. They are happier to leave listeners to their own responses, rather than appear to prescribe a particular approach. But listeners generally prefer to have background information and some kind of guidance.

The Association of Irish Composers is currently in the middle of a six-concert series exploring the many facets of music composition in Ireland, and their broader context in the international scene. The series consists of six concerts, each curated by a different composer with a selection of Irish and international works. The result will be unique musical experiences, built from the experiences, interests and passions of the curators.

Thursday’s instalment, curated by Gráinne Mulvey, was called Echoes and Memories and was given at the Lutheran Hall on Dublin’s Adelaide Road by soprano Elizabeth Hilliard and pianist David Bremner, who was also featured as a composer. Eleven pieces were performed, more than half being heard for the first time, and a free printed programme was provided.

There was no word, however, either printed or spoken, on the thinking or taste behind the choices. There was no biographical information on any of the composers, no indication of age or nationality, and there were foreign-language songs for which neither texts nor translations were provided.

This strikes me as a kind of madness, especially given the claims about “context”. If you know offhand the age and nationality of Sara Carvalho or Marina Cristina Kasem, you’re a lot better informed than I am.

Beyond all of that, the printed programme had exactly the same note for the evening’s first and last pieces, Carvalho’s Episódio de Invervalo (II) and Bremner’s Developing Variations. When Bremner was prompted by Mulvey to say a word about his piece, given the repeated note in the programme, he had to explain that the note was the right one for his music. Anyone who had read the programme in good faith had listened to Carvalho with the wrong note in mind.

Why make an issue about this? Well, I always think of the neophyte or the listener who may be outside of their comfort zone. Surely they deserve all the help they can get. And surely, of all organisations, the Association of Irish Composers should be paragons at reaching out to audiences.

On Thursday, it was the live computer/performer interactions of Sebastian Adams’s Turing Test: Text to Music #1, the Paula Meehan setting of Siobhán Cleary’s Well, the arch of Jane O’Leary’s Within Without and the to-and-fro computer processing of Fergal Dowling’s Stops VIII that communicated most directly.