Better off abroad? Irish acts look to the continent

They’ve attained success, adoring fans and sell-out shows across Europe, but few in Ireland want to know. Meet the exiles 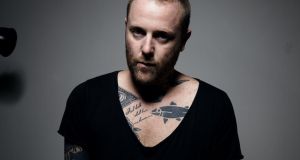 Graham Goodwin, aka Sian, who left Ireland for Barcelona in 2006 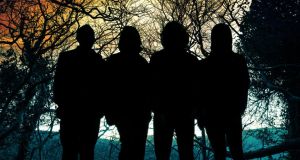 God Is an Astronaut, who have experienced apathy at home and acclaim abroad for 13 years 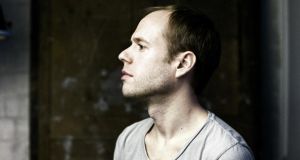 Brendan Gregoriy, aka Chymera, who left Ireland for Berlin

In February, God Is an Astronaut will step on stage in front of a sell-out crowd of more than 1,000 fans in Kiev. There will be a similarly reverential reception the following night in Minsk before the Wicklow four-piece head to Russia to perform to more than 4,000 people over two nights. It will mark the start of another long year of sell-out shows everywhere but Ireland, where their success story remains largely ignored. The four-piece can’t even get a gig here.

“We’ve received no offers here this year, and I’ve no idea why,” says guitarist Torsten Kinsella, fresh off a 28-date tour of Europe. “At the start of the year we let promoters know that we had a new album coming out, and our booking agent in the UK was inundated with offers, but sadly Ireland wasn’t there. When there’s that demand elsewhere, it kind of feels a little humiliating that I have to knock on doors to get gigs in Ireland.”

This has been God Is an Astronaut’s story for much of their 13-year career: apathy at home and acclaim abroad. In the past two years, the band have played 102 shows, only four of them in Ireland. They are among a number of independent Irish acts who are bypassing indifference at home to build relatively successful careers abroad. If the previous blueprint was to build a fan base at home in the hope of attracting foreign interest, these acts have decided to focus almost exclusively on building a sustainable career on the continent, where there are more venues, audiences and opportunities.

For some, such as Wallis Bird and Girl Band, who placed an emphasis on touring abroad from the off, there have been twin wins. Others, such as Kerry man Rea Garvey, frontman of the band Reamonn, have left Ireland in obscurity to become major players abroad; Garvey is one of the biggest rock stars in Germany.

The exodus of such talent is most keenly felt on the club scene, where a raft of Irish DJs such as Sian, Matador, Chymera, Mano Le Tough and the Drifter are all building careers abroad. Mano Le Tough’s profile has been built entirely out of Berlin, and although a 2013 Choice Music Prize nomination drew attention back home, the scale of his success worldwide is underappreciated.

From Cork to Berlin

Like Mano Le Tough, Cork-born Brendan Gregoriy, aka Chymera, left Ireland – where he had been balancing ambitions as a techno and house producer with a day job – in 2006. He is now based in Berlin, where he has been making a successful living from music for nearly a decade.

“I definitely wouldn’t have been able to sustain myself on the kind of earnings I was making from music if I was living in Ireland,” he says. “There’s a lower cost of living here than in Dublin, so from the start that really gave me the freedom to throw myself into DJing and making my own records. If I have a month or two where I’ve only two or three bookings, that’s okay. I can still sustain living in Berlin on just a couple of shows, and it gives me the rest of the time to concentrate on making my own records. You can focus on being creative and there’s a much better structure here in terms of agents, venues, bookers, all that sort of thing.”

The draw of such opportunities is compounded by the lack of them in Ireland, where mainstay clubs such as Twisted Pepper have been shutting their doors.

“I’m not really sure where I’d even play in Dublin now,” says Graham Goodwin, aka Sian, who left Ireland for Barcelona in 2006 after the Pod began to shut its doors.

“I would have liked to stay and build a career there but it didn’t seem possible. The important clubs seemed to be closing, and the scene around that time just wasn’t so strong.

“I grew up between Spain and Dublin, so going to Barcelona was kind of a no-brainer. Straight away I began to pick up bookings. Strangely enough, the first club that I ever played in Barcelona was Razzamatazz, which is quite big. I was then playing at City Hall quite a lot, which is perhaps the most famous techno spot. Paco Osuna and all those guys started out there. Adam Beyer, Marco Carola, Christian Smith. So that place is kind of steeped in history, and playing there you feel like, ‘If they did it, I can too.’ ”

Sian now lives in LA, where he’s building his Octopus label. He says part of the draw in basing yourself in Berlin or Barcelona is the clearer role models to follow. “There’s not really a bunch of people in Dublin who you would look up to and say, ‘All right, they did it. They’re a big DJ playing all over the world.’ There’s quite a few of us who have made it, but most of us have left to do that, people like myself, Matador and David Holmes up north . . . In Dublin we didn’t really have that. The local heroes stayed locally.”

Kinsella likens Ireland to Alcatraz – every artist wants to break out but doesn’t know how. “There’s no rule book, so everyone is doing their best to try figure it out. For us it was kind of obvious to focus elsewhere. We were getting videos turned down by No Disco on RTÉ, but getting the same ones played on MTV. We could have spent all our money on PR, which a lot of Irish bands do, but to me that is a blind decision because you’re putting all of your money into one country that might not even be your best-selling territory. Nine times out of 10 that doesn’t work, and bands are left with no money and nowhere to go.”

God Is an Astronaut certainly have places to go, with bookings from Milan to Montreal this year. Their latest album might have passed unnoticed in Ireland (no national press reviewed last June’s Helios/Erebus) but Kinsella has long since lost any chip on his shoulder. “I just feel so lucky to be making music for a living,” he says. “It mightn’t be appreciated here, but who knows, one day Ireland might wake up to us. More independent Irish bands should take the leap. It might look like the harder road, but it’s possibly the more fulfilling in the long term.”

ACHTUNG BABIES: THE IRISH IN BERLIN

With its thriving club culture and low cost of living, Berlin has become a major draw for Irish artists looking to find a city that will allow them to nurture their creative urges.

U2 famously took refuge in Berlin in 1990 to reinvent themselves, and lately a number of Irish acts have made the city their base. Wallis Bird has lived on and off in Berlin. Mick Flannery wrote last year’s By the Rule album during a self-imposed exile. Artist David Hedderman, formerly of The Immediate, is currently living in and working from the city, as is novelist Julian Gough. Shaun Mulroony (formerly of Humanzi, now of Tau), You’re Only Massive, Michael Knight, Chymera, Mano Le Tough and The Drifter are just a few of the Irish acts that have been based there for the best part of a decade.

“Affordability and the diversity of culture is the big draw,” says Simon Fagan from Navan, Co Meath, who has lived in Berlin since 2011 and is preparing to release his second album, Gilded Bird, next year. “For art , you need time, and for time you need money. The cost of living here makes it seem like you get more time for your money. You don’t have to work as much to take time off for your music.” It’s a point echoed by synth-pop duo You’re Only Massive, who have been in the city since 2008. “The central location means we can play gigs around Germany or Italy, Poland, etc, with relative ease,” says Maebh Cheasty from Waterford, “and we also appreciate the wealth of DIY, left-wing and women-/queer-centred spaces.”

Limerick band Michael Knight, who have just released their third album, Physics Is out to Get Me, also nod to the availability of places to play. “The venue-performer ratio is much better, for various reasons, so it’s easier to get gigs,” says Richie Murphy, a Berliner since 2007. “The whole pay-to-play concept is nonexistent, and performers are much better compensated. Everything is just easier and more fun.”