The unashamed populism in her writing – including her best-loved play, ‘Stones in His Pockets’, which is back in Dublin – belies the intelligence of the Belfast writer’s work 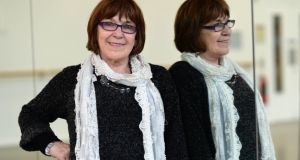 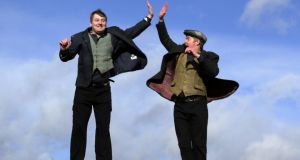 Stephen Jones and Damian Kearney star in Stones in His Pockets by Marie Jones, at the Gaiety Theatre. Photograph: Colm Hogan 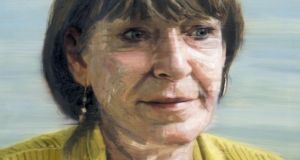 Marie Jones is in formidable company. The Belfast playwright’s portrait hangs alongside those of Seamus Heaney and Brian Friel in the airy spaces of the reconstructed Lyric theatre. There’s no doubting Jones’s extraordinary success: in an age when theatre-going is sometimes regarded as a minority sport, she writes sell-out plays that go straight to the public’s heart.

Stones in His Pockets – her best-loved play, born at the West Belfast Festival in 1996 and since then translated into 27 languages – returns to the Dublin stage tonight, with Damian Kearney and Stephen Jones taking on 15 characters between them and the playwright’s husband and long-time collaborator, Ian McElhinney, in his customary role as director.

Jones, a master of the earthy, has the uncanny ability to make an audience rock alternately with tears and laughter – and sometimes a mixture of the two. It is as much a group catharsis as it is a theatrical encounter. That’s not to say that everyone is happy, as writer Lyn Gardner once noted: “Jones writes the kind of plays that make theatre critics sneer and ordinary audiences cheer.”

It’s true that there’s an unashamed populism in her writing, a rollicking, bawdy quality that belies the cool, watchful intelligence at work behind the hilarity. And besides, as Jones herself has often remarked, what’s wrong with being popular?


No airs and graces
In the Lyric portrait, artist Colin Davidson has given Jones an almost zen-like serenity of manner. The reality, when I meet Jones in the theatre cafe, couldn’t be more different. She’s bustling around, dropping things, making quips, getting her coffee sorted, bright bird-like eyes darting everywhere. There are no airs or graces about her. Her voice is smoky, both rough and warm, and when she talks about her work it’s with an ease and an enthusiasm that still sounds genuine after all these years.

Jones has written many hit plays, but Stones , a deft two-hander about a Hollywood movie being shot in an impoverished Irish village, is the enduring favourite. Why? “Well, it’s got a very universal feel,” she says. “There’s the glamour of Hollywood, of course. People are fascinated by that. But at its most basic, Stones is about two ordinary people who have no control over their own destiny and, through the experience of what they undergo, they take control. It has that kind of simplicity.”

Jones recalls seeing an obscure production of the play in a church hall in Ecuador, with a set consisting of two plastic palm trees. “I looked around and thought, ‘Oh, in the name of Jesus’. It was so incongruous, but that turned out to be one of the best performan ces of Stones I’d ever seen. The honesty, the truth of it. Afterwards there was a bar, flamenco dancing, wonderful food set out on these long, scrubbed tables. Someone told me I had a Latin-American soul.”

Jones laughs at the memory, shaking her head, yet it’s at home in Ireland that Jones feels the play makes the most sense, now more than ever. “Ireland has been through two phases since Stones first came out. First we had the economic fracture of rural Ireland: no money, no future, no hope. Then came the Celtic Tiger. But now we’re back to the start, we’ve come full circle, only now the play is relevant to the whole of Ireland. Look at the way they’ve brought in Apple. All we are is a backdrop for someone else to make money.”

Behind the easy laughs, Jones is a sharp satirist, and she is certainly no proponent of what she has previously called the “chocolate-boxing of Ireland”. Indeed, the stones referred to in the title of her play are used to weigh down the body of a teenage suicide victim. Curiously, for a playwright who has such a knack for feeding an audience’s appetite for emotion, Jones hates the idea of being sentimental or of giving into sentiment.

“I don’t write comedies, I write tragedies that people find funny,” says Jones. “It’s just human life, part of my life, anyone’s life. It doesn’t really fit into any category. So much depends on the environment, whether it’s a community centre in west Belfast or a trendy theatre in London: there’s a different sense of humour, a different expectation of theatre.

“In fact, if there’s one slight niggle I have about Stones , it was when the producers put it in for the Olivier comedy award, because if it won that would guarantee a couple more years in the West End. It did win, but now it’s forever tagged as a comedy. Things always have to have a label, everything has to be categorised. I wish I could make up a name for myself for what I do.”

Stones hasn’t always brought Jones luck. In 2001, Pam Brighton, who directed an early version of the play, took a case against her, claiming that she, Brighton, should be recognised as joint author. It wasn’t until 2004 that the case came to court. Although Jones won, the process took its toll.

“I was in limbo the whole time and it was very hard to be creative. It was always on your mind, even when you thought it wasn’t. The worst thing is when new writers want me to read their plays. I just can’t do it, because, what if, somewhere in my subconscious, an idea went in? I could be leaving myself wide open. So I’d like to read those plays, but I can’t.”


Still at home in Belfast
Belfast has always been home for Jones, and it still is, despite a second house in Greece. “Here, the language is so fundamental to people, and that makes me feel comfortable, connected: that voice, that sound, that feeling that my path might have crossed another person’s. Belfast is too much a part of me to go anywhere else, I’d feel displaced.”

Brought up in a Protestant community in the east of the city, she remembers hanging around her mother and her aunts, listening to them gossip, taking in the gasps and whispers, the significant nods and sotto voce asides, missing nothing.

“My ma called me her sticking plaster, because I wouldn’t leave her side. I could lip-read when I was no age. There’d be a big bottle of Sandeman port on the table, and there’d be the same stories every week, but with different variations, depending on who was in the room and what had been happening. Just ordinary women, talking about their hopes and fears, joys and dreams. Nobody cared what they thought. They didn’t know they were handing me down riches. They didn’t know they were handing me down my livelihood.”

When Jones, then in her early 30s, eventually started her writing career, as one of the founder members of the all-women Charabanc theatre company, those stories came back to her. “As soon as I started to write, I could hear the voices; they were there within me.”

While we are sitting in the cafe, Ciarán McAuley, the theatre’s chief executive, comes over to say hello. He’s just been talking to a man who remembers only one play from all his years of coming to the Lyric. It’s Jones’s 1994 monodrama, A Night in November , and the action is still playing in his head 20 years later. Other playwrights may win more critical accolades, but Jones knows how to tell a story that will stick.

Stones in His Pockets is at the Gaiety Theatre, Dublin, until March 22

Keanu Reeves: ‘Grief and loss are things that don’t ever go away’
4 Miracle warnings and a lack of bull
5