Despite complaints about collaborative art, there have been great examples this year 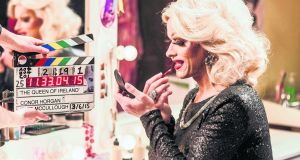 A colleague recently complained about the dilution of Irish art. Work, he reckons, is being workshopped to death; collaborations are sluicing away the soul. Where are the searing singular visions of the individual artist? It’s an interesting point, but this year some exceptional art was made from singular visions, even if you had to look farther afield to find it.

After nearly three years of an almost ascetic isolation, Grimes returned with Art Angels, an extraordinary album of dizzying ability and inventiveness, on which she plays almost every instrument and sings almost every note. Expect it to shape much of the pop music that follows. Floating Points showed you could combine the day job of neuroscientist with running a record label and still find time to turn in a record of superlative music (Eleania) that pulls down any musical barriers it encounters.

Kamasi Washington’s sublime The Epic was inspired by a singular vision – his own recurring dream. You could hardly put all of that sprawling record into his credit ledger – after all, it involves a 32-piece orchestra, 20-person choir and 10-piece band. There’s little doubt he’s leading the band and driving them somewhere higher. This is one record that wears its title well.

Within the opening few minutes of No Offence on Channel 4, it’s clear that it could only come from one writer. Paul Abbott, creator of Shameless, takes the cop show bullpen blueprint and makes something that’s equal parts vicious humour and hold-your-breath heartbreaking.

On screen, few films bristled so brilliantly in the straitjacket stitched by their director than The Lobster.

With a script that thudded about with deafening clarity, and performances that were studied to the point of painful, Yorgos Lanthimos has made something extraordinary that you can’t take your eyes off .

Of course, we couldn’t go it alone all year. This year, the best collaboration on stage was the extraordinary Druid Shakespeare, filled with astonishing performances wrought by Garry Hynes and fitted on to the inspired, reworked lines of Mark O’Rowe. And what better way to see it than all seven hours back to back in the Castle Yard of Kilkenny Arts Festival.

Off stage, the best collective effort was Waking the Feminists, which will hopefully change the Irish arts scene. Singular visions are a thing of beauty, but sometimes you really do need the power of the people.

Dead Centre staged the unstageable and rewrote the theatrical rulebook with Chekhov’s First Play – it was as unpredictable and entertaining.

Roisin Murphy produced a cracking album in Hairless Toys, along with an unforgettable live set of divine inspiration and gynaecological detail at Electric Picnic.

Nothing else made the case for the marriage-equality referendum more elegantly than The Queen of Ireland.

Stellan Skarsgard shuffled around Nicola Walker in the BBC’s River with devastating effect in what could have been the best British TV show of the year.

But it wasn’t – because Mark Rylance popped up with the most emotive eyebrows in the business in the peerless Wolf Hall.

And David Simon worked the most worthy of topics into the most riveting of television with Show Me A Hero.