How the hipster came to haunt modern culture

Irish Tribes Today, final part: This series of articles has largely been about how we perform our stories of ourselves for others and create our identities, and for the hipster, ‘Everything becomes just another signifier of personal identity’ 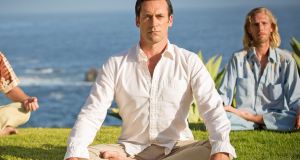 When David Bowie died last year, we lost a figure who, perhaps more than anyone else, thrived on being self-conscious. For Bowie, identity was not a fixed object to be discovered or unearthed, it was a story to be told, a curation or a performance. In his short book on Bowie, the English philosopher Simon Critchley calls this a form of “narrative identity”.

“This is the idea that one’s life is a kind of story, with a beginning, a middle, and an end,” writes Critchley. “The unity of one’s life consists in the coherence of the story one can tell about oneself.”

Bowie was able to construct and inhabit his identities because he understood his relationship with his audience. How could you possibly “be yourself” in some unreflective, unmediated way in front of thousands of screaming fans? It was hardly what they wanted anyway. The fiction of a life performed is always more attractive and more palatable than the unvarnished truth.

This series of articles has largely been about how we perform our stories of ourselves for others. The behaviours sketched out over the last week all share this idea of performance, whether that’s on Facebook or the wind-blown terraces of Dalymount Park. More and more, we turn our lives into images that can be shared with others. Like all images, they obscure and exclude as much as they impart. They reflect back on the world in which they are made.

In writing about right-wing online trolls, Tara Isabella Burton describes an almost religious desire for “a meaningful narrative of the world that allows for participation”. This seems true, to a greater or lesser extent, regardless of political or geographic background. Participation is the key word. When we share versions of ourselves on social media, when we latch on to images of our life as we wish it to be, we are posing in a way that might allow us to survive and participate in the world. We say to others, “Here I am.” We are asserting the coherence and strength of our own story, using it as a bulwark against the pressures and demands of life in the 21st century.

The people in these articles have hardly been the most oppressed and downtrodden cohort. They are mostly all refined consumers, able to pick and choose the bits of the world with which they might decorate their existence. Any sense of identity is cultivated over time, iterated upon, A/B tested and improved. At its most extreme, we usually call these people “hipsters”. As Rob Horning has written, for the hipster, “Everything becomes just another signifier of personal identity.”

The hipster, a figure which haunts modern culture, is really nothing more than visible, shameful evidence of the “burden of identity”. We cringe because the construct hasn’t worked – it’s too obvious, too full-on. The gambit is overdone, and it becomes alienating. All of a sudden, it’s gauche. It is typical of the modern world to encourage a more and more totalised consumerism – essentially replacing social markers of identity and solidarity with the vagaries of taste and purchasing power – while at the same time punishing those who take it too far.

Let’s return to Don Draper’s assertion that happiness is a feeling that comes from being told that we’re doing okay. It’s a feeling that emerges when we feel both free and protected at once, when we see our place in the world as secure. It feels like the incredible rise of depression, anxiety and stress which we see around us today is directly linked to a sense, shared by vast numbers of people, of permanent insecurity. They may be insecure in their jobs or their relationships, or it may be that they’re insecure about how they look, how they dress, what they eat, where they live. What they know or don’t know. It may be all of the above.

We live in a world that screams the opposite of reassurance, that demands a constant productivity at work and at home; in our relationships with others and with ourselves. Lauren Berlant has written about the irony of modern society: “that the labour of reproducing life in the contemporary world is also the activity of being worn out by it”. This constant performance of life, the effort to always make it better and present it better, is exhausting and attritional. It has, as Berlant says, implications for thinking about the “ordinariness of suffering, the violence of normativity”. Who is allowed the time and energy to perfect their performance? Who is rejected for failing to do so? Who sets the standards?

Living in a world that says we can always do better, a world that consistently presents the impossible and unreachable as ordinary and everyday, we live with the cruel optimism that we might uncover “a meaningful narrative” about who we are. This is the dream. Where can I get it, and how much does it cost?