How Music Works: Why the Irish music industry is failing

In How Music Works, Niall Byrne talks to those who make a living in the Irish music business about their job. This week, Victor Finn and Keith Johnson of IMRO on the organisation's recent report into the music industry

The Hozier effect: “Hozier's probably supporting 25 jobs or more with his activity worldwide from touring, management to the labels to the live band,” says Victor Finn, CEO of the Irish Music Rights Organisation.

Without resorting to smoke-blowing bluster or blind pride, it's generally accepted that Irish music is in rude health. The reputation of music from Ireland over the  past 40 years has been consistently strong, from U2 to Enya to The Cranberries to Westlife, up to the present day. In the past 10 years, Ireland has continued to punch above its weight in the international arena, with acts such as The Script, Bell X1, Villagers, Lisa Hannigan, James Vincent McMorrow and Hozier finding favour with international audiences. Yet, the industry is not punching with it. 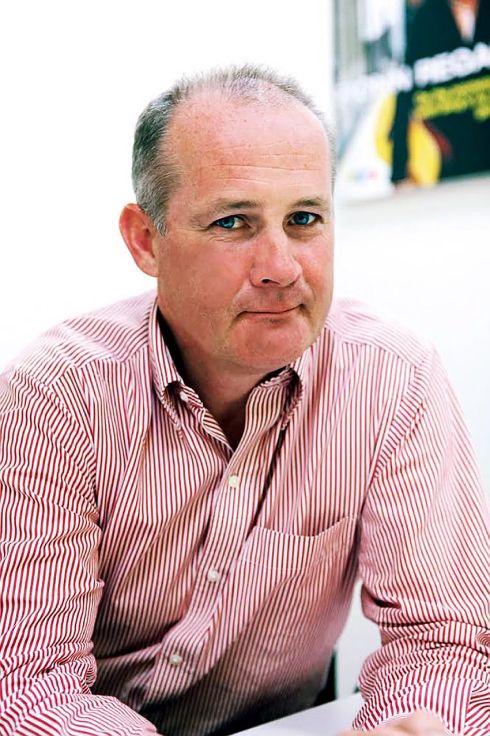 “They succeed despite the lack of resources,” argues Victor Finn (left), CEO of the Irish Music Rights Organisation (IMRO). “That's how strong it is - can you imagine if we just primed it a little bit more and marketed it a bit better?”

IMRO's daily operation involves collecting royalties on behalf of artists and publishers, but earlier this year, it published a report entitled The Socio-Economic Opportunities of Developing Ireland’s Music Industry produced by Deloitte, after consultation from industry professionals. The report states bluntly that the Irish music industry is “struggling to realise its full potential”, and outlines some recommendations for how to fill the gaps in policy and strengthen the music industry as a whole.

Recommendations include the establishment of a Music Office similar to the remit of the Irish Film Board, the appointment of an Intellectual Property 'Tsar' to oversee copyright and IP legislation,  a Music Industry Taskforce with members of government and industry to implement the recommendations, along with more general support and training for music professionals.

Focal point
“It's more about utilising the existing resources better and co-ordinating existing supports officially,” says Finn, citing the example of a new act looking for financial support to tour outside Ireland. “There are a number of sources of funding that really have no co-ordination between them: Culture Ireland, IMRO and First Music Contact.  Those resources could be co-ordinated in a better way so that there's a focal point, where if you're trying to breaking into America - 'this is where you go', so you can use the existing resources in a more joined-up way.”

Finn cites examples of other countries including the UK, which pumps money back into an already successful domestic and international music market.

It's a long-term investment,” says Finn. “They're thinking about the future and they're seeing return on that investment. There are other initiatives like apprentice schemes, putting young graduates into businesses and developing their skills in management, finance, touring – the business side of music is lacking in the Irish industry. That upskilling hasn't been happening overall. We have an innate ability in the music industry here in terms of creativity but we offer very little of support when they really need it.”

Overshadowed
However, the UK is a cultural force, which overshadows our own industry, hoovering up potential successful music industry professionals, attracted by greater opportunity. What chance has Ireland got in trying to stop ourselves from exporting our cultural and artistic assets?

Finn points to New Zealand as an example of a way forward. The country has established a Music Commission which provides funding (€10.5 million in 2013), upskilling, seminars, legal advice and promotion for New Zealand artists. That activity seems to have paid off with artists such as Lorde, Kimbra, Broods and producer Joel Little making an global impact.

IMRO's Director of Marketing and Membership Keith Johnson says the lack of support is down to how artists are viewed by government. “Art is always seen as the domain of the Arts Council,” explains Johnson. “They're not seen as businesses. They forget there's an industry around an artist. All artists are SMEs too – they hire designers, purchase stock in CDs, merchandise, hire an accountant. They have to be viewed in that fashion too.”

That lack of understanding extends to Enterprise Ireland, who Johnson says “don't seem to get the music industry”.

“They like to see numbers; they need hard facts, which are very difficult to predict,” says Johnson, who suggests the music industry's lack of quantifiable value makes the likes of Enterprise Ireland reluctant to get involved.

“The Domino Records of this world started with one or two people and now they're multi-million pound companies,” expands Johnson. “Enterprise Ireland need to get their head around that, upskill themselves in that area, and employ a specialist who can help small companies like that develop.”

The Hozier effect
There are signs of what potential can bring the Irish music industry. Right now, the Hozier effect is palpably felt on the ground in the Irish music industry. UK industry from A&R to labels to publishers to managers are flocking to Ireland to see what else might be lurking on stages here, ready to be taken to bigger audiences. The word "taken" is key, because if artists sign to UK labels, the majority of the industry around that artist is based in the UK, as opposed to locally, which means that every time an artist leaves Ireland and becomes part of the UK industry, the idea that a rising tide lifts all boats becomes less likely.

There are exceptions to the rule. Rubyworks, the record label which manages Hozier and licenses his music to labels internationally points a way forward.

“Hozier's probably supporting 25 jobs or more with his activity worldwide from touring, management to the labels to the live band,” says Finn. “With the label, the money coming in allows them to sign more artists.”

Rubyworks' co-directors include MCD Promotions owners Denis Desmond and Caroline Downey (who also manages Hozier). That support from Ireland's most successful concert promoter gives the label a viability that fills the hole left by lack of governmental support.

Without that long-term support, Rubyworks could be a short-lived enterprise, as opposed to one which could help lift the industry and halt the exporting of Irish music professionals who have to seek work abroad.

That is part of the problem that IMRO wants to change with its current report, of which, Finn admits there has been many over the years. “I want this to be the last report,”  he says.

Music as a career
“Music isn't seen as a career by those with influence in government,” says Johnson. “They often just see it as a hobby. When are you going to grow up and get a real job? They forget that there's people surrounding the art, not just the people out front.”

3:35 Behind the scenes at National Gallery of Ireland conservation studio

0:37 'I did not expect this': Hopkins sends video acceptance speech after skipping Oscars