The rescue of Cashel’s magical but mouldering library

The Bolton Library, which contains rare books from the 13th to 18th centuries, is being transferred to safer environs. Many treasures are being discovered along the way 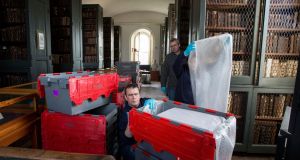 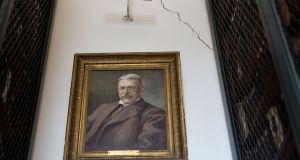 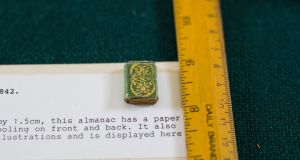 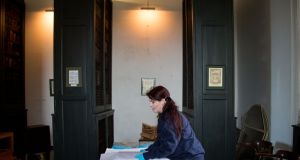 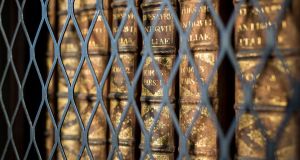 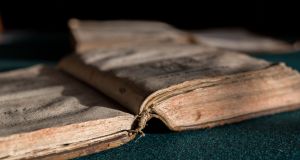 A rare national treasure of early printed books and manuscripts dating from the 13th century has been placed in the care of the University of Limerick, where work is under way to restore the collection.

The collection of 12,000 early printed books, maps, manuscripts and prints comprises the personal library of Theophilus Bolton, an early 17th-century Church of Ireland archbishop of Cashel.

His collection, which reflects an important period of European intellectual history, contains invaluable manuscripts, the most significant of which is a medieval encyclopaedia from 1168-1220 and a missal that is one of only three examples of handwritten missals in Ireland before 1500.

Early editions of Dante’s Divine Comedy (Venice, 1512) and the Sarum Missal (Rouen, 16th century) are also in the collection. Several books have library stamps from previous owners, which show that they were among collections belonging to Catherine of Aragon, Francis Bacon and Abraham Ortelius.

The library contains 200 volumes of 17th-century Irish pamphlets from Dublin, Belfast and Cork, and an exceptionally rare proclamation from the Confederate Catholics of Ireland, printed in Kilkenny in 1648.

Following his death in 1744, Bolton left the books to the clergy of Cashel. In 1835 they were moved from the archbishop’s palace to a purpose-built chapter house on the grounds of the Church of Ireland Cathedral in Cashel. The environment was unsuitable and unfortunately many of the books have deteriorated.

Despite major efforts to safeguard the library, a lack of resources threatened the survival of the rare collection. In 1995 Dean Philip Knowles started a fledgling partnership with the University of Limerick, which has resulted in an agreement between the Church of Ireland and the University of Limerick to care for, preserve and manage the Bolton Library collection and create a permanent exhibition in Cashel. The university will restore as much of the material as possible and provide a humidity- and temperature- controlled environment for the collection. 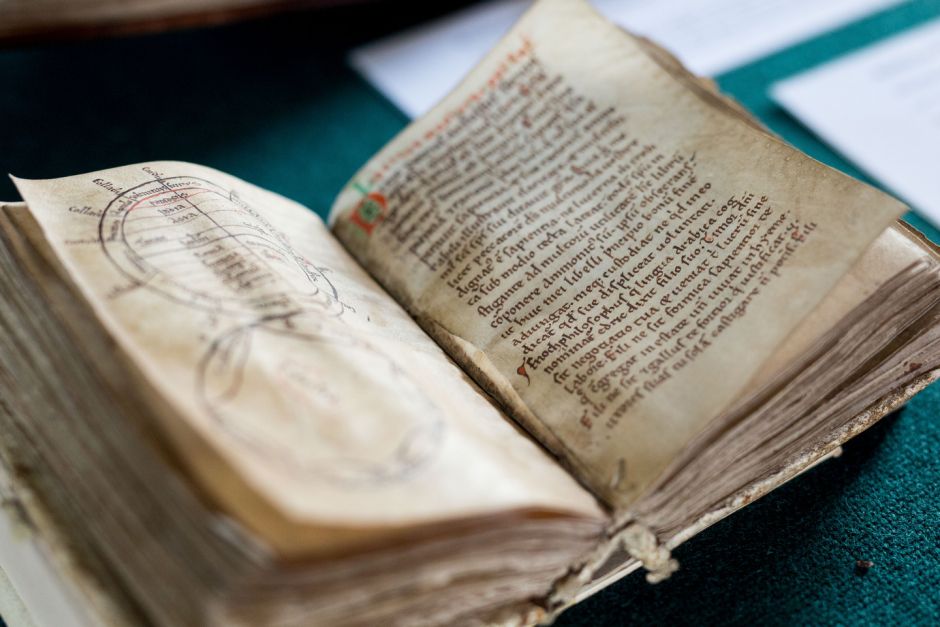 It will be housed in the Glucksman Library at UL, where the head of special collections, Ken Bergin, has been busy cataloguing the collection.

“It would certainly be the most significant antiquarian collection that UL has ever worked with. It’s not as big as Marsh’s Library in Dublin, but outside Dublin it is certainly one of the largest Church of Ireland libraries in the country,” says Bergin. He acknowledges the work done by deans Gerald Field and Philip Knowles over the years to preserve the library.

“Several of the parishioners who have grown up with the library were sad to see it leave, but they realised something had to happen. They couldn’t see it rot and something radical had to happen to arrest this and turn it into a library again,” he says.

“Some [locals] would be regretful but at least they know we will take care of it and repair it. That’s what books were designed for. They should not be left in a condition where they are mouldering away.”

Subjects covered in the Bolton Library include theology, the history of science and technology, art, medicine, political and military history in languages including Latin, Greek Irish and English. The collection ranges from the 13th to the 18th centuries.

Among its key texts, typical of a scholar’s library of that era, are early editions of Miguel de Cervantes’ Don Quixote and The Prince by Niccolo Machiavelli.

“It’s incredibly exciting what we are turning up,” says Bergin. “You open a box and there’s a King James Bible. There are two fragments from William Caxton, the first printer in England, from his edition of Chaucer and that’s from the late 1400s.

“The last catalogue was printed in 1973 by Jean Miller but we are not sure everything is still there. Certainly some items were mis-shelved, so we are turning up things that are not in the right place, that are out of order or were maybe exhibited at one time and put back in the wrong place. We are trying to rebuild the puzzle and find those books, and who knows what else might turn up.”

The initial focus of the preservation project is on drying out and cleaning the collection, a lot of which has become saturated over time. Harwell Document Restoration Services from Oxford, one of the UK’s leading specialists, is handling the transfer of the books.

“We wanted the best people for this given the condition the books are in,” says Bergin. “It’s not like pulling a modern book off a shelf. Some of these books are super-saturated. A lot of the texts are 400 or 500 years old so it’s important that they are carefully handled and restored,” says Bergin.

The 10,000-strong collection will be reassembled on shelves in a quarantine room in the Glucksman Library in UL, where the temperature and humidity can be adjusted to facilitate drying out.

It is hoped the collection will be available for viewing within a year and there are plans for digital presentations.

“We are trying to replicate the conditions that are in Bolton at the moment, where there is very high humidity and lower temperature, so we mimic it and gradually, over six to eight months, we will reduce the humidity levels.

“This is our first time taking on a library as old as this and in such poor condition. Most of the collections we have usually come from private houses where there has been proper heating and ventilation.

“It’s a big investment and it takes a lot of time but it is an extremely exciting project.”

Life after Keelin: ‘Everything else up to that one bad thing was amazing’
8

Nealo: ‘I’m not important... but I’m important to my son’
Real news has value SUBSCRIBE