More to those Vikings than swords and hoards 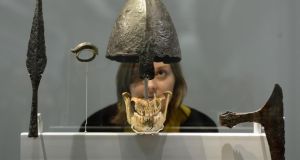 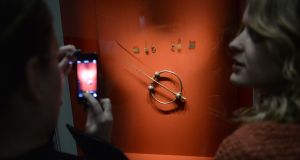 A Viking helme on display at the Vikings: Life and Legend exhibition at the British Museum in London. The show featues many archaeological finds never seen before in the UK and runs until June 22nd, 2014. Photograph: Dan Kitwood/Getty Images 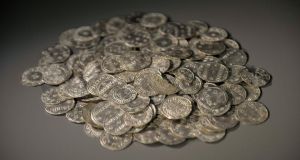 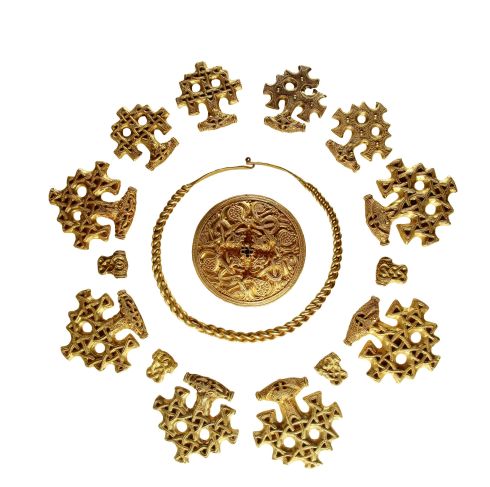 The Vikings may have been the best boatbuilders of the 10th century, but their personal hygiene left a lot to be desired. “They are the filthiest of God’s creatures,” wrote Ahmad ibn Fadlan, an Arab diplomat whose language was far from diplomatic. They never washed after eating, he continues, nor after sex, though they did comb their hair a lot.

The Vikings have always had a bad press – understandably, given their reputation as raiders. A comprehensive exhibition at the British Museum in London, Vikings: L ife and L egend , goes some way towards rehabilitating them. After four hours learning about swords and hoards, shipbuilding and seafaring, you might just conclude the Vikings weren’t always the bad guys.

Take the 10th-century atrocity at the English port of Weymouth, when a group of young Vikings were set upon by Anglo-Saxon locals, who stripped and decapitated them before dumping their bodies in a mass grave. There they are at the British Museum, dismembered skeletons with their skulls close by, the first time this important find, made in 2009, has been on public view.

Why important? Because tests show they were, in fact, not Anglo-Saxons but Scandinavians, one of them possibly from the Arctic Circle, all aged from their late teens to their mid 20s, and with a diet rich in protein. Thus does another bit of the jigsaw fall into place. 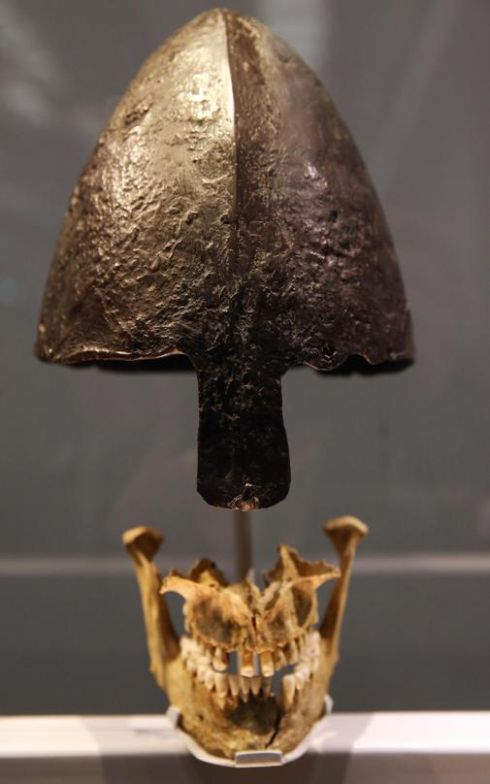 Enticing stores
Although Christian England and Ireland, with their enticing stores of church silver, were the focus of many raids, the adventurous Vikings had their eyes on more distant horizons, and so the exhibition takes us steadily eastwards all the way to the Volga, where ibn Fadlan encountered them.

There they settled and mingled with local Slavs to form the people known as the Rus, the precursors of the Russians. Here, ibn Fadlan noted the Vikings built huge timber halls for their extended families. On display is a fine wooden “feasting bucket”, big enough to hold a gallon of whatever you’re having yourself – which, back home, was mostly mead.

And it comes with a warning: “The more a man drinks the less he knows about his own intentions.” There is also advice about table manners. “A man should not clutch his cup but moderately drink his mead.” Reassuringly, we learn no one will think any the less of you should you go to bed early.

As an Arab, ibn Fadlan came from a group of people whose highly organised society and advanced culture left the Vikings standing. Even better, the Arabs had a trading network reaching to Istanbul, Samarkand and Mecca, and it was this that attracted the Vikings, who traded vigorously, bringing home, by fair and foul means, pottery, carved ivory from the Byzantium era, trophies found along the Silk Road, and lots of coinage.

The Vikings coveted the Arab monetary system, and among the flood of coins that flow through this exhibition is one dated circa 800, during the rule of Haroun al Rashid. The coin bears the Islamic phrase Allahu al-Akhbar, and is a copy of one minted in Baghdad, a clear demonstration of the fact that, although they might not have understood Arabic, the Vikings were skilled copyists. 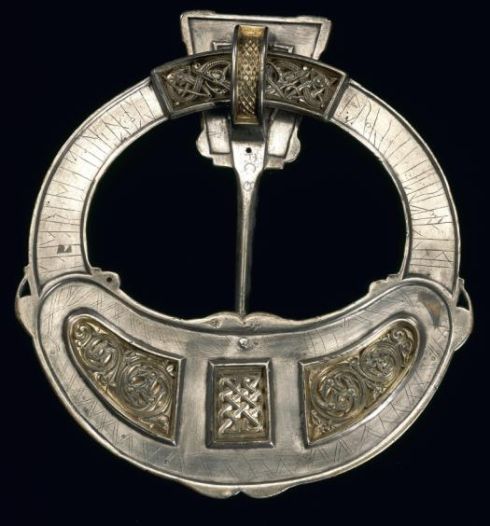 On display also are sets of weights that show the business side of trading – wealthy women were often buried with more than the usual two bracelets, but traders were sometimes buried with tiny scales and weights

There are lots of items here from Ireland, from Killaloe to Finglas. Here’s a fine brooch with a runic inscription scratched on the back that reads “Maelbrigda owns this”. Maelbrigda was abbot of Iona in the ninth century. And a small piece of 10th-century silk on loan from the National Museum of Ireland. The Vikings treasured such remnants – the more exotic the better, for the visible display of wealth then, as now, was an important part of life.

When a Viking had amassed 10,000 dirham (Arab coins) he had a torc made for his wife, ibn Fadlan tells us, and when he’d acquired another 10,000 she got a second torc. Owning a horse to ride as opposed to a dray horse was also good, especially if that horse wore one of the decorative bridles displayed in the exhibition. 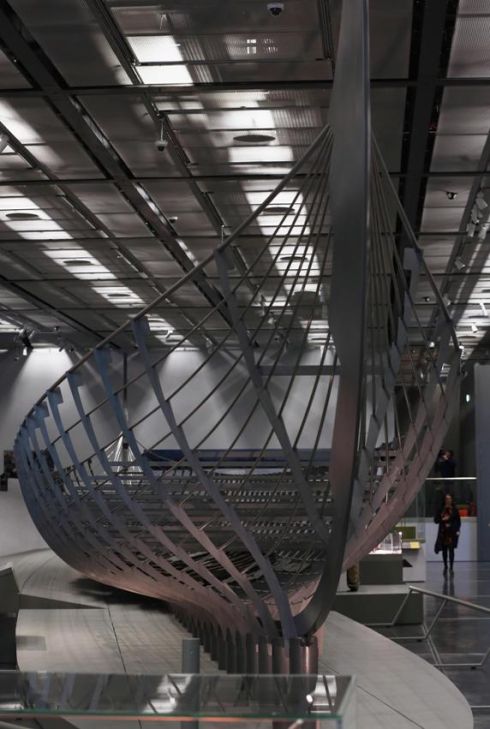 The silver dirham coins, stolen or traded, were weighed rather than used as currency; they were often recycled, reappearing as brooches and elaborate cloak pins, as well as beautifully worked rings for neck, arm and finger.

Of the areas in this exhibition that characterise the Vikings, the most obvious is seafaring. On display in the UK for the first time is the great Roskilde 6 warship.

Only a fifth of it survives, but that we get to see, the timbers supported by a geometric linking of gleaming metal tubes that outline the original shape of the 37m ship. Vessels like this were needed to transport not only loot but people, for the Vikings, like other medieval maurauders, were slave traders.

One exhibit depicts a neck brace of the sort used so recently on African slaves; another etching shows a man in chains being led aboard a ship. Many of the warship’s 90 or so oarsmen would have been slaves.

Though without any organised religion - apart from the gods Thor and Odin – magic and the “other” world were central to the Viking belief in things like shape-shifters, with men becoming wolves and women birds or sea creatures. Within this loose structure were female “staff bearers” often identified by distaff-like sticks which are on display here. An act of magic sent the soul into the other world while the staff-bearers retained contact with that soul via the threads attached to the distaff. Female staff-bearers thus enjoyed high status in the Viking world.

The last Viking raid on England was by Harald Hard Ruler. He was defeated on September the 25th, 1066. Less than three weeks later along came the Normans – though that’s another story.