Irish Roots: One-stop site for everything that connects to genealogy

This is the centre of the Irish family history universe 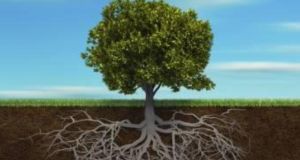 There’s only one Irish genealogy website that I visit every day, and that’s irishgenealogynews.com. It was started by Claire Santry in 2010 and since then has become the centre of the universe – the compact but perfectly-formed universe of Irish family history, that is.

If you’re interested in new online record releases, public talks, new publications, special offers from subscription sites, changes to repository opening time – in fact anything at all that connects to Irish genealogy anywhere in the world – Claire’s site is indispensable.

How did it get to this position? The most important factor, I think, is that Claire is a professional journalist by training. The site presents facts clearly and coherently, without frills, paddywhackery or opinions, its easily readable text laid out around interesting illustrations that bristle with useful links.

She is, it goes without saying, a genealogy nut, but runs the site as a full-time job, sometimes posting five items a day, all hard fact. On several occasions she has scooped me on the launch of sites I developed, an illustration of just how hard she works and what a nose she has for a story.

And the site has no agenda, an extraordinary quality in a field buzzing with the unmistakable sound of axes being ground.

Which doesn’t mean it has no power. A rumbling spat between various people involved in Irish genealogy – thumbscrews wouldn’t get names out of me – was threatening to turn nasty earlier this year. Claire wagged one elegant finger at the participants and peace broke out at once.

She has received recognition of sorts: she came first in the Irish section of the tongue-in-cheek “Rockstar Genealogist” awards this year. But for an income the site depends on the ads peppered discreetly here and there. So turn off that ad-blocker now.