All Quiet on the Western Front: Portrait of Germany’s Generation War

‘We have become wild beasts. We do not fight, we defend ourselves against annihilation . . . ’ Erich Maria Remarque’s unmatchable anti-war novel was a literary sensation in pre-Nazi Germany 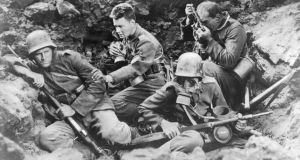 A still from the 1930 Hollywood film of All Quiet on the Western Front, starring future Hollywood pacifist Lew Ayres as Paul Bäumer 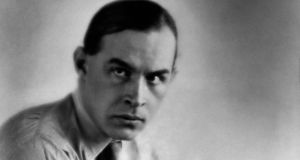 Literature is universal, yet reading tends to be a personal response. Some novels move the soul, and a rare handful touch a nation. Fewer still address the world.

Published in 1929, Erich Maria Remarque’s All Quiet on the Western Front (German title: Im Westen Nichts Neues – “In the West Nothing New”) was based on Remarque’s experience as a young recruit in the Kaiser’s army.

The book was initially serialised through November and December 1928 in the Vossische Zeitung. This caused that venerable Berlin newspaper’s circulation to triple in a phenomenon not witnessed since Charles Dickens had mesmerised 19th-century England with the exploits of Pickwick and the fate of Little Nell.

On publication in Germany, the book sold more than two million copies within 18 months, at a time when the Weimar Republic was beginning to experience the first shock waves of the Great Depression.

The son of a book binder, Remarque was born Erich Paul Remark in 1898; he took Maria in honour of his mother. All Quiet on the West Front, his second novel, was written in six weeks and hailed as the consummate anti-war novel; a view that even now, 86 years since its publication, remains widely accepted.

Put simply, All Quiet on the Western Front is brave, beautiful, at times philosophical, and desperately sad. Its legacy is a subtle emotional force that conveys bewilderment, not outrage. It describes the violence of war as observed first-hand, and the subsequent psychological displacement it imposes upon veterans incapable of returning to civilian life.

There is no hysteria, no rage, no macho posturing, not even implicit polemic; just a devastating disbelief and, with it, an awareness of the death of all hope.

English reviewers were impressed, if grudgingly so; after all, it was written by a former enemy. Arthur Wesley’s Wheen’s rather beautiful literary translation, which was published in March 1929, less than two months after the German release, was reported to have sold 275,000 copies in just over six weeks. This is an astonishing sales figure, especially for a book from the viewpoint of the losing side.

Yet Remarque spoke for the lost generation serving in all armies: “To me the front is a mysterious whirlpool” explains the narrator, Paul Bäumer. “Though I am still water far away from its centre, I feel the whirl of the vortex sucking me slowly, irresistibly, inescapably into itself.”

Meanwhile, political factions in Germany were subverting the book’s success by voicing dissenting opinions. They all had their reasons, none of them to do with literary criticism or empathy.

All Quiet on the Western Front

Ultimately Remarque’s depiction of the war is personal; too much so for the Nazis. Bäumer emerges as a dreamer, a sensitive youth with a liking for poetry who, prior to going to war, had in common with the author given piano lessons to help finance his book-buying. The disillusioned young narrator is critical of the German army and the unsympathetic army surgeons who amputate limbs without a second thought.

Above all, he resents old Kantorek, his former schoolmaster, “a stern little man in a grey tail-coat, with a face like a shrew mouse”, who had urged the boys to enlist.

The novel reads as a diary, intense, introspective and candid. Bäumer is to be trusted; he is melancholic, disillusioned and often terrified. He has seen men, including his friends, die. He has watched human bodies blown to pieces and witnessed obese rats feasting on corpses.

Memories of his former recent life as a schoolboy stalk Bäumer thoughts. He waits by the bedside of a dying schoolmate, Kemmerich, whose leg has been amputated:

“He looks ghastly . . . In his face there are already the strained lines that we know so well . . . Under the skin the life no longer pulses . . . Death is working through from within . . . His features have become uncertain and faint, like a photographic plate from which two pictures have been taken. Even his voice sounds like ashes.”

War is not a glorious event but a vile endurance test. Bäumer moves in a haze of exhaustion, and is struck by many ironies:

“We were trained in the army for 10 weeks and in this time more profoundly influenced than by 10 years at school. We learned that a bright button is weightier than four volumes of Schopenhauer . . . we recognised that what matters is not the mind but the boot brush, not intelligence but the system, not freedom but drill . . . We had fancied our task would be different, not to find we were to be trained for heroism as though we were circus-ponies.”

His incentives are food and survival. The Fatherland no longer has any meaning. Nor do words or being temporarily issued clean uniforms for a troop inspection. “Today we would pass through the scenes of our youth like travellers. We are burnt up by hard facts; like tradesmen we understand distinctions, and like butchers, necessities. We are no longer untroubled – we are indifferent . . .

“We are forlorn like children, and experienced like old men, we are crude and sorrowful and superficial – I believe we are lost.”

By 1933 All Quiet on the Western Front was being publicly burned by the Nazis. Propaganda minister Joseph Goebbels launched a smear campaign, ridiculing the book and questioning Remarque’s war experience – totally unfounded because the novelist had served at the front.

Conscripted into the German army two weeks before his 18th birthday in June 1916, he was transferred the following year to the Western Front. By July 1917 he had been seriously wounded, including damage done to his hand, which ended his dreams of becoming a concert pianist.

Remarque was handsome, personable and adamant that he had not set out to write an anti-war manifesto. Instead he admitted to having battled bouts of depression:

“It was through these deliberate acts of self-analysis that I found my way back to my war experiences. I could observe a similar phenomenon in many of my friends and acquaintances. The shadow of war hung over us, especially when we tried t shut our minds to it. The very day this thought struck me, I put pen to paper, without much in the way of prior thought.”

Exiled from Nazi Germany, his citizenship revoked, Remarque went on to a career in Hollywood, married Paulette Goddard and died in Switzerland in 1970.

All Quiet on the Western Front is important on many levels, not least as a historical document that is also an intensely literary work. The Great War was dominated along the Western Front by trench warfare and poison gas. Both aspects are vividly described by Remarque.

Late in the narrative, Bäumer takes cover in a shell-hole. During the chaos of a bombardment, a soldier lands on top of him. Bäumer grasps a dagger. “I do not think at all . . . I strike madly home, and feel only how the body suddenly convulses, then becomes limp, and collapses . . . The man gurgles . . . every gasping breath is like a cry . . . I want to stop his mouth, stuff it with earth, stab him again, he must be quiet.”

Alone with the dying soldier, the narrator reflects: “How slowly a man dies.” After a while, it is over. “The silence spreads.” He looks at the corpse and discovers that he had been French, Gerard Duval; a printer by trade. The facts haunt Bäumer. He vows to make amends, yet knows that he never will.

“Further on, the mist ends. Here the heads become figures; coats, trousers, and boots appear out of the mist as from milky pool. They become a column . . . the figures resolve themselves into a block, individuals are no longer recognisable, the dark wedge presses onward, fantastically topped by the heads and weapons floating on the milky pool. A column – not men at all.

“Guns and munitions wagons are moving along a crossroad. The backs of the horses shine in the moonlight, their movements are beautiful, they toss their heads and their eyes gleam. The guns and the wagons float past the dim background of the moonlit landscape, the riders in their steel helmets resemble knights of a forgotten time; it is strangely beautiful and arresting.”

Claims have been made for Joseph Heller’s barbed satire Catch-22 (1961) as the defining anti-war novel. It is very funny, yet it could as easily be lampooning the rise of the entrepreneur as well as ridiculing petty bureaucracy in general, the military in particular. There have been other war novels and memoirs by men who served; poems written, songs immortalising the moment, yet none are as immediate or a poignant as Remarque’s elegiac recounting of his stint in a remorseless hell.