‘A few lousy hours’: time pressure in the 1980 hunger strike

As hunger striker Sean McKenna neared death, the IRA leadership blinked first, but the knowledge that the British had been open to concessions informed the second strike 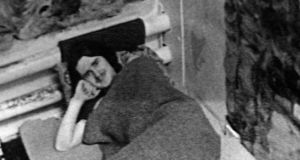 The dirty protest in the Maze, November 1980: a hunger strike is a profoundly modern negotiating tactic, one of the few ways in which a weak party can set a meaningful deadline for the conclusion of negotiations with a complex bureaucracy. Photograph: Pacemaker

The Irish hunger strikes of 1980 and 1981 are often represented as a ghoulish relic of the past, as blood sacrifice and martyrdom. But a hunger strike is a profoundly modern negotiating tactic, one of the few ways in which a weak party can set a meaningful deadline for the conclusion of negotiations with a complex bureaucracy. Above all, a hunger strike is a struggle over time, one that pits the temporal rhythms of the human body against the organisational time of the state.

By late 1980 Republican prisoners in the H-Blocks were in the fifth year of a protest that was increasingly unbearable. In early 1980 indirect negotiation with the British Secretary of State, Humphrey Atkins, began through Cardinal Ó Fiaich. Time weighed much more heavily on the prisoners than on the British government, however, and there was a powerful bias towards deferral and delay on the part of the latter. Little progress was made until the prospect of a hunger strike suddenly produced significant movement.

Just days before it was due to begin, the British abolished the prison uniform and replaced it with “civilian-style” clothing. It wasn’t enough to avert the strike but it aroused huge anger among unionists and prison officials. It was often argued that the British government could not give in to blackmail, that no changes could be made while a hunger strike was under way. But the months of fruitless talks that preceded the hunger strike showed that without a deadline change was even less likely.

By mid-December the first hunger striker was nearing death and in those final days there was a biting struggle over time. About 2am on December 18th, key intermediary Brendan Duddy phoned MI6 agent Michael Oatley, his main contact during the 1975 ceasefire talks. In an hour-long conversation, Duddy communicated the republican position, suggesting a form of wording that might be acceptable to both sides. Early in the morning Oatley went to SIS Headquarters at Century House in London and had a secretary put the formula into a working paper. At 9am he presented himself at the Northern Ireland Office, seeking an interview with the permanent under-secretary, Sir Kenneth Stowe. According to a former senior civil servant, Stowe was quickly convinced that the government would be able to live with the modest relaxation of the prison regime called for in a document which was open to varied interpretation. He recommended to Atkins that it should be put as an offer to the hunger strikers. Atkins agreed and Stowe then rang the prime minister, Margaret Thatcher, calling her out of a meeting, to get her consent. It helped that he had been her private secretary earlier in his career. It all happened very quickly and by 10.30am Oatley was in Stowe’s official car, being driven at speed up the hard shoulder of the M4 to Heathrow to catch a morning flight to Belfast.

These moves by both sides were forced out under crushing time pressure. Delivered at the last moment, the British document was effectively a “last offer first”. The republican leadership now had very little time to bargain the British up from this position unless they were prepared to allow the first hunger striker to die. They never had to make that decision. Aware that the leadership were in contact with the British on a possible deal and fearing that the first hunger striker could die at any moment, strike leader Brendan Hughes called it off. A few days later Bobby Sands wrote:

“We were beat by a few lousy hours which were critical. Dorcha [Brendan Hughes] panicked when they rushed Seán to the hospital. If only he had realised that it was the sign that the Brits were moving.”

Sands was right: those last few hours were absolutely crucial. In those final stages huge power rested with control of the timing and sequencing of communication. It was then that the leverage enjoyed by the IRA was at its greatest and only then that they would find out how far the British were prepared to go. When the strike collapsed all leverage was lost.

A British analysis written a short time later provides one of the sharpest portrayals of the almost impossible situation in which the hunger strikers found themselves:

“Probably the single most important factor was that the seven hunger strikers just did not have the will to die … By watching McKenna, the other six were given a preview of the fate which awaited them. Their death was clearly going to be painful and degrading and the leader Hughes was burdened with the responsibility of standing by and watching one of his subordinates die, probably in vain, while he still lived...”

The collapse showed how easily a hunger strike could crumble in the final hours and this determined the British approach to the 1981 strike. But something else very important had happened. The speed of the response to Duddy’s message on December 18th indicated to the IRA leadership that the British could be moved, but the extent of the movement would only become clear in the final days and hours. More significant still was the fact that this channel of communication between the British government and the IRA through now remained open.

On January 3rd, 1981 Duddy flew to London to meet “Tom” in the Park Lane Hotel. Tom was a senior MI6 agent and diplomat, who had managed the secret talks with the IRA for much of 1975. Tom told Duddy that the December 1980 document provided the basis for a settlement and that no more would be available. In an unpublished memoir that he wrote some years later, Duddy recalled that “Tom was always polite but his job was not to give a hint of softening”. Tom would maintain this position right through the deaths of the first four hunger strikers in 1981. But then, at a meeting in London at the very end of June 1981, he hinted to Duddy for the first time that movement might be possible.

The fact that this channel remained open from December 1980 onwards was of the greatest significance. Duddy hoped that a compromise settlement of the hunger strike might open the way to re-engagement on a broader peace settlement. Instead, the 1981 hunger strike would push the British and the republicans further apart than ever before, and push the eventual settlement far into the future.

Niall Ó Dochartaigh is senior lecturer in the School of Political Science and Sociology, National University of Ireland Galway