The Lego and Batman behemoths continue, with this familiar but fun puzzle/adventure 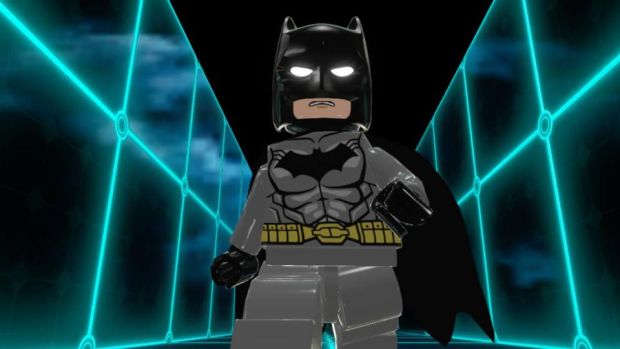 When The Lego Movie hit cinemas earlier this year, it’s fair to say that it exceeded expectations. The animated toy tie-in was embraced and adored by critics and audiences. But the Lego games deserve some credit for that film. They established the blueprint for The Lego Movie years ago; knowing but warm; hip but colourful.

Of all the characters to get the Lego game treatment, Batman seems the best (bat) suited. The games depend on dismantling and rebuilding wacky inventions and machines, and the Caped Crusader has a longstanding reputation for gadgets, vehicles and feats of engineering. Also, the silly, overcooked story (involving Brainiac and brainwashing) is perfect for this wacky, ramshackle game franchise.

As always, it’s a puzzle-solving, third-person action-adventure. There are fights with countless henchmen and evil robots (who scatter into Lego pieces when defeated), hastily assembled machines, and more than 100 playable characters, including Batman, Robin, Superman, The Green Lantern, Wonder Woman and The Flash.

Lego Batman 3 works well as a local multiplayer game, and especially for adults to play with kids. Teamwork and lateral thinking are rewarded just as much as nimble thumbs, and the humour and tone are ideal; wry, playful and sometimes silly. While the slapstick and cute animation will appeal to younger players, older gamers will enjoy the postmodern wit and Adam West cameo.

The only real complaint about Lego Batman 3 is that it might feel like too many trips to the well, leaving some gamers with both superhero and Lego fatigue. But it’s so stubbornly charming, colourful and fun that even evilest supervillain couldn’t resist.

From Jane Eyre to Brideshead Revisited, writers pick classics to read in lockdown