That Summer: How the walls fell in on the Hamptons

Review: Documentary about how a patrician family descended into genteel squalor 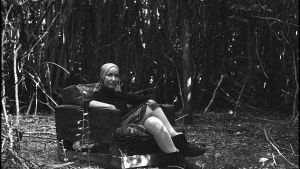 In 1972, photographer Peter Beard and socialite Lee Radziwill – the younger sister of Jacqueline Kennedy Onassis – had the idea of making a film about the rapid social and architectural change occurring in East Hampton, Long Island.

And who better to tell that story than Radziwill’s eccentric aunt and cousin, Edith Bouvier Beale and Edith “Little Edie” Bouvier Beale? The mother and daughter had been living at Grey Gardens, Long Island, since 1923.

By the time Raziwill, her crew, and various celebrity chums – including Truman Capote, Bianca Jagger and Andy Warhol – descended upon the Hamptons in the early 1970s, the Beales had descended into genteel squalor.

Their 19th-century house was now infested with fleas, feral cats and raccoons. They had no running water. Entire rooms, stacked high with garbage, were abandoned. With local health authorities threatening eviction, it fell to Raziwill and her first lady cousin to bring the place up to code.

Raziwill finally abandoned the film project, but her cameramen, Albert and David Maysles, would return to make Grey Gardens (1975), one of the great American documentaries. To date it has inspired a play, a Tony Award-winning musical, a feature film starring Drew Barrymore and Jessica Lange, and much hilarity on RuPaul’s Drag Race.

It’s not surprising that Göran Hugo Olsson, the Swedish-born director of The Black Power Mixtape 1967-1975, has assembled a Grey Gardens prequel from Beard and Radziwill’s footage. It’s only surprising that no one thought to do so before.

At just 80 minutes, That Summer is probably one for enthusiasts only, but existing fans will find plenty to savour.

As the film opens, Radziwill has drafted in handymen to help her and Beard fix the plumbing and electricity, and clean away as much dirt and garbage as possible. Aristotle Onassis has funded the operation, which, given the extent of disrepair at Grey Gardens, is just as well. Throughout this massive operation, Big and Little Edie bicker entertainingly (“The only vermin here is you, Edie”) in their strange, patrician dialect, the same sound one reads for East Egg characters in The Great Gatsby.

There are dark hints of past abuse and considerable evidence of mental illness. Yet even more than the Maysles – who have often (and incorrectly) been charged with exploitation – Olsson sees past the Beales’ undeniable camp qualities. Their hoarding is understood as an odd collection of mementoes. Their squabbles are borne of palpable disappointment. And, even if the walls around them are crumbling, they’re not going anywhere without their make-up.

Netflix has revealed its most-watched content. You might be surprised
6 Flamboyant life and death of a billionaire butler
7

Dublin International Film Festival: A guide to the best movies
9