Nomadland review: Chloé Zhao’s triple Oscar winner is a film at war with itself 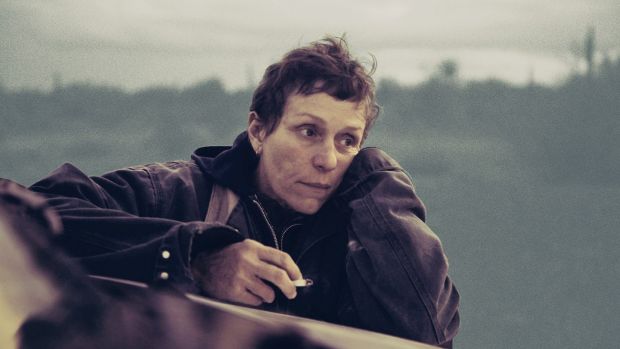 How ironic that the signature film for the Covid year(s) concerns a woman who, far from being locked in the living room, takes to the road and makes a costar of the United States’ broad western skies.

There is enormous warmth in Chloé Zhao’s adaptation of a nonfiction book by Jessica Bruder. Too much warmth for some. Nomadland sends the protagonist to work briefly for Amazon, but it takes no apparent stand on the retail giant’s employment practices. Playing out in the aftermath of the 2008 economic crash, the picture encounters no whispers of nascent Trumpism among the travelling disenfranchised.

But there is unquestionably a sense here that the United States has left too many of its citizens behind. Settlements offered relief for the pilgrims and the pioneers. Not for the first time since then, the nomadic life now offers partial relief from the economic pressures of what those settlements became. Nomadland – winner of the best picture, director and actress Oscars on Sunday night – makes that case in the most persuasive of humanist dialects.

The poetic cinematography contributes to the queasy sense that redemption can come from landscape. Those sorts of conflicts are everywhere in a film that is quietly at war with itself

There is not an enormous amount of plot here. Fern (Frances McDormand), a dry, no-nonsense widow, loses her job in Nevada and elects to live her life in a not-very-spacious van. She takes that seasonal job at Amazon. She ends up at a desert rendezvous in Arizona and exchanges stories with other members of the informal travelling clan. Fern learns some practical lessons but still encounters crises that threaten her life on the road.

The film is coy about the extent to which the travelling life has been forced upon her. “I’m not homeless,” she says to a worried associate. “I’m just houseless. Not the same thing, right?”

This is a tough life, but we are permitted to extract some romance from the characters’ meanders. Joshua James Richards’s poetic cinematography – allowing in sunsets that drag us back to the America of John Ford – contributes to the queasy sense that redemption can come from landscape.

Those sorts of conflicts are everywhere in a film that is quietly at war with itself throughout. Often employing amateur actors, Zhao has already established her own naturalistic style with Songs My Brothers Taught Me and The Rider. Nomadland offers a halfway house between that approach and more conventional cinematic storytelling. Most of the cast are playing versions of themselves – some featured in Bruder’s book – while McDormand and David Strathairn represent the professional thespian class.

The blend is not exactly seamless, but McDormand masters an unshowy integrity that rarely grates against her less seasoned costars. The Italian neorealists were not opposed to slipping movie stars among the workers of Rome and Naples. If it’s good enough for Roberto Rossellini, well…

Communicating in an evasive murmur that conceals more than it reveals, McDormand forms a stable core around which the largely superannuated eccentrics can safely rotate. Tensions are rare. Disagreements are contained. Yet the economic realities offer a constant threat.

Critics are forever identifying any film set in rural lands west of St Louis as a contemporary western. Nomadland isn’t that. The protagonist, whose rough corners fit McDormand perfectly, is, however, sewn from the same rawhide and denim that gave us a thousand heroes and anti-heroes of that genre. They don’t say too much. They settle for no nonsense. They are forever squinting at the low sun hanging over the next trail.

All of which risks bringing us away from the reality and back to the romance. Both are there at all times in this tricky, slippery, moving reverie.

Streaming on Disney+ from  April 30th