A new documentary ‘No Stone Unturned’ reveals a litany of corruption before, during and after the events of June 19th, 1994. 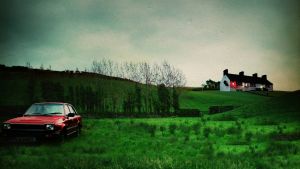 A reconstruction of the scene of the Loughinisland massacre in No Stone Unturned.

On June 18th, 1994, in the small village of Loughinisland, members of the Ulster Volunteer Force (UVF), a loyalist paramilitary group, burst into a pub with assault rifles and fired on the customers, as they watched the Republic of Ireland playing in the World Cup.

Six civilians – Adrian Rogan, Barney Green and Dan McCreanor, Eamon Byrne, Malcolm Jenkinson, and Patsy O’Hare – were killed. Last year, more than two decades later, the families bereaved by the Loughinisland massacre welcomed a new report from Police Ombudsman Dr Michael Maguire, indicating that there had been collusion between the police and the UVF.

It’s commendable that the Oscar-winning documentarian Alex Gibney salutes the long campaign endured by the Loughinisland Relatives for Justice in this new film. Sorrowfully, they recall that fateful night and loved ones lost. Archive footage depicts then Northern Ireland secretary Sir Patrick Mayhew visiting the aftermath of the shooting. Adopting his most authoritative and appalled tone, he promises justice and scorns the perpetrators: “And what did you do in your so-called war, daddy?”

In the years that follow, the investigation that supposedly would leave no stone unturned, becomes a catalogue of convenient failures and oversights. The car used by the gunmen is crushed. Vital files are destroyed due to “asbestos contamination”. Transcripts of the initial interviews with suspects disappear. DNA evidence is mishandled.

Alex Gibney’s first movie was released 12 years ago. He’s since directed 28 more, touching a vast range of journalistic subjects, including religious corruption (Mea Maxima Culpa), military corruption (Taxi to the Dark Side) and corporate corruption (Enron: The Smartest Guys in the Room). Inevitably, some of these documentaries are rather more successful than others. Gibney’s Scientology exposé, Going Clear, was as thorough as Gibney’s We Steal Secrets: The Story of Wikileaks was incomplete.

Unhappily, No Stone Unturned is one of the prolific filmmaker’s less satisfactory efforts. Coded diagrams referring to suspects in the case are often more confusing than illuminating. Last year’s Ombudsman’s Report is presented with a disingenuous degree of drama. When, in the film’s big reveal, Gibney finally names names, Gibney sends a private investigator to photograph the chief suspect. Shouldn’t that duty fall to the filmmaker?

Several scenes and moments, aimed squarely at foreign and unfamiliar audiences, will likely make Irish viewers wince. Did you know that “collusion” is a “catch-all name for cooperation between police and informants”? Or that “the origins of The Troubles started in 1922”? The decision to subtitle the words of Aidan O’Toole, the barman who was shot in the kidney during the massacre, is genuinely baffling.

It’s great that O’Toole and the others get a platform. But one can’t help but wish that platform was a little more pleasingly movie-shaped. There’s some good journalism here, particularly from The Detail’s Barry McCaffrey, nonetheless.