Review: This is a harrowing, often effective film, with Lucas Hedges as a former child actor now in rehab 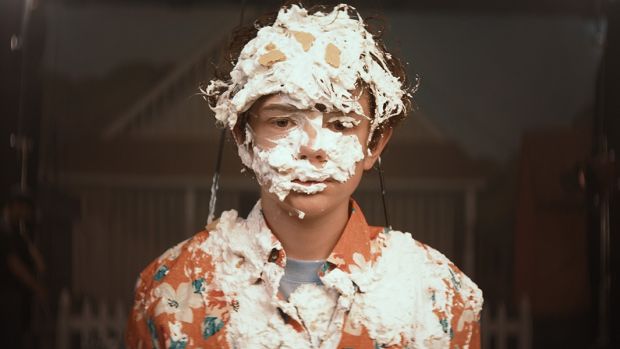 Noah Jupe is excellent in Honey Boy as the young Otis, a child actor struggling to stay sane with a dad on constant hair trigger

Towards the close of this harrowing, often effective film, the older version of Otis (Lucas Hedges), a former child actor now in rehab, suggests that, as a class of therapy, he might turn his confessions into a movie. And here we are.

Shia LaBeouf’s script makes little effort to conceal its autobiographical leanings. Noah Jupe is excellent as the young Otis, a child actor struggling to stay sane with a dad on constant hair trigger. As images on the final credits confirm, LaBeouf plays the older man as a version of his own father: round glasses, straggly hair, scuffed, post-hippie clothing. Could we get a little distance here? It feels a little as if we’re intruding on private trauma.

The excellent direction and first-class acting make the thing work. Alma Har’el, embarking on her feature debut, shoots the film with scuzzy energy that suits the trailer-park ambience. She could hardly have cast more effectively.

Not for the first time, Hedges combines aggression and vulnerability to great effect. We are so used to the brilliance of contemporary child actors that it would be easy to underrate the subtlety of Jupe’s turn as a kid forced awkwardly into an unfriendly version of adulthood. Dad is all angles and prejudices. He smacks the kid sideways when his unconvincing authority is challenged. He uses insults for encouragement. Only in AA does he seem to speak with emotional honesty.

One can only imagine how difficult it was for LaBeouf to channel his father’s rage into this unsettling performance. Awareness of the provenance adds extra poignancy to the intensely awkward asymmetric squabbles between adult and child. For all that, Honey Boy struggles to map out fresh territory beyond its autobiographical landing site. Like Jonah Hill’s recent Mid90s, the picture is unmistakably an opening salvo – though LaBeouf doesn’t direct – from a talented professional who wants to get his own early life on screen. It works as therapy. It works as an acting showcase. But the dips and flips we demand from narrative art are missing throughout.

Promising for all that.