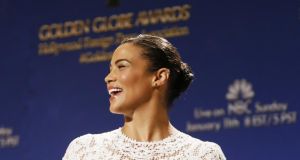 There were no enormous shocks when the Golden Globes were announced this morning in Los Angeles. Alejandro Gonzales Innaritu’s Birdman, featuring Michael Keaton as a psychologically imploding actor, topped the charts with an impressive seven nominations.

Rather quaintly, the Globes, presented by the Hollywood Foreign Press Association, still separate “drama” from “musical or comedy” in the main categories, so the wealth is spread around.

Boyhood and The Imitation Game compete in the best drama category with The Theory of Everything, a biopic on Stephen Hawking, Selma, a tale of the US civil rights campaign, and Foxcatcher, the true story of convicted murderer John du Pont.

Birdman, which gives the illusion of being filmed in one continuous shot, looks close to unbeatable in the best comedy or musical category. Also in that race are The Grand Budapest Hotel, Into the Woods, St Vincent and Pride.

The welcome inclusion of the latter film, a study of interactions between miners and the gay community during the 1984 UK pit strike, is one of the few surprises among the nominations.

There will, however, be eyebrows raised at the failure of Angelina Jolie’s Unbroken to register in any of the categories, especially given how keen the Globes usually are on celebrity.

Coming after the leaking of an email from Sony Pictures in which top producer Scott Rudin referred to Ms Jolie as a “minimally talented spoiled brat” this will cause further grumbling chez Jolie-Pitt.

Benedict Cumberbatch, who plays Turing in The Imitation Game, and Michael Keaton, the lead in Birdman, look to be fighting for the best actor in a drama prize. Julianne Moore, who plays an Alzheimer’s patient in Still Alice, has been deemed the favourite for every prize in this year’s lengthy awards season.

Compiled by a small group of largely obscure journalists, the Golden Globes are not quite as accurate a bellwether of the Oscars as many believe. But Boyhood’s appearance confirms it as the film to beat at the ceremony that really matters. Linklater’s touching movie, which shot its young hero over 12 years, is now odds-on favourite with all sane bookies for the Oscar best picture.

There was some disappointment from optimists who felt that Brendan Gleeson had a chance of glory for his turn in Calvary. In truth, that always looked like a long shot.

The Globes also honour achievement in television. The best performing show this year was Fargo, a sly rearrangement of the Coen brothers film, which picked up seven nominations, including one for best TV miniseries or movie.

The Theory of Everything

Eddie Redmayne - The Theory of Everything

Felicity Jones - The Theory of Everything

Emily Blunt - Into the Woods

Julianne Moore - Maps to the Stars

Viola Davis - How to Get Away with Murder

Orange is the New Black

The Book of Life

How To Train Your Dragon 2