Niall Heery follows up ‘Small Engine Repair’ with ‘Gold’; the sort of film you want to hug indulgently to a welcoming bosom 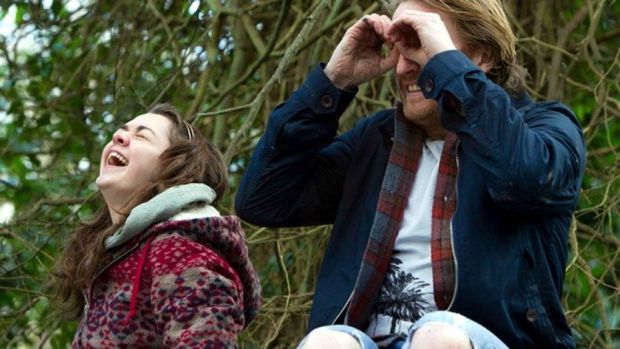 Niall Heery belatedly follows up Small Engine Repair, his 2006 mumblecore critical hit, with a slightly less off-centre comedy that makes imaginative use of a smashing cast. The story skirts tragedy on its leisurely passage from mishap to misadventure, but Gold remains the sort of picture you want to hug indulgently to a welcoming bosom. It gives humanism a good name.

The consistently magnificent David Wilmot – see him also in this week’s release of ‘71 – plays a troubled, sometimes suicidal, dolt named Ray, long estranged from his acerbic daughter Abbie (Maisie Williams) and her plucky mother Alice (Kerry Condon). The film begins with him making an unwelcome appearance at the family home for the first time in 12 years. In the interim, Alice has hooked up with the self-important, mildly deluded Frank (James Nesbitt), Ray’s former gym teacher, and Abbie has developed ambitions to become an athlete. Despite good intentions, Ray manages to bring nothing but disruption to the household. He helps Abbie buy performance-enhancing drugs. He makes moves on his old squeeze. If the poor fellow weren’t so amiably vulnerable he would be a positive villain.

There’s not a great deal of plot to the piece. But it gets by on strong performances and convincing characterisation. We have had enough of twinkly Nesbitt to last a lifetime, so it’s a delight to see him play somebody more hard-edged and less liberal with the glad hand. Williams, Arya Stark in Game of Thrones, masters the Irish accent and overpowers all with teenage fury. The film belongs, however, to Wilmot. Few other actors can manage the benevolent confusion he brings to so many of his comic roles. At times here, he suggests Michel Simon in Renoir’s Boudu Saved from Drowning. Just for an instant, he’s Terence Stamp in Pasolini’s Teorema. But he’s nicer than either and the film is far warmer than those comparisons suggest. Like Ray, Gold deserves to be given a chance.