Edie: One last Highland fling for a not-so-merry widow

Review: Sheila Hancock plays a cantankerous old bag on a quest to climb a Scottish mountain 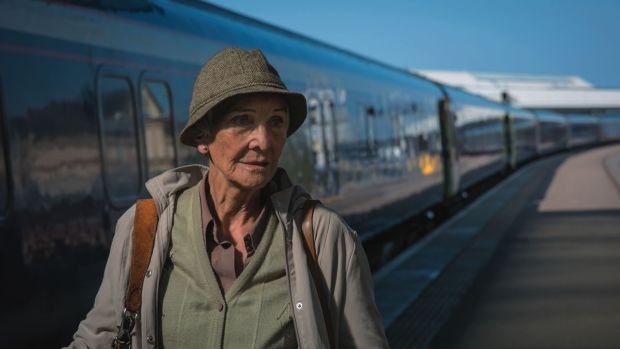 Not over the hill yet: Sheila Hancock in Edie

You only need to see one grey-pound movie in order to assemble your very own. Within 20 minutes of the opening credits, a distinguished veteran actor will be divorced or widowed. They’ll be depressed for a bit, of course, but joining their local choir-singing/paintballing/tango-dancing club will soon give them an entirely new lease of life. Niceness ensues. The cast must feature at least one “national treasure”. Is Lumley or Mirren available?

Edie is not that film, although, structurally, it adheres to the grey pound playbook. The overture is standard-issue. The titular heroine, played with plenty of sass by Sheila Hancock, has been a long-term carer to her ill husband. Their marriage, we learn, has not been a happy one and his death is a cause for her to lament many “wasted years”.

Edie’s daughter is clearing out the house, with a mind to send mother to a nursing home, when she happens on an old rucksack. The contents remind Edie of a road not taken, both literally and figuratively. Inspired to act, she packs a bag and heads to Scotland in an attempt the reach the summit of the Suilven mountain in the Highlands, a trip that she was supposed to make with her father, before her marriage. There, she reluctantly befriends unfailingly helpful local guide Johnny (Kevin Guthrie), but, even with assistance, will the climb prove too much for the octogenarian?

Working from Elizabeth O’Halloran’s naturalistic script, Hancock exercises every acting muscle. Her Edie is, well, a properly cantankerous old bag, who has to learn how to play nice with others. Her odd-couple pairing with the eager-to-please Johnny makes for a tricky and compelling emotional two-step.

In common with its difficult protagonist and her hardscrabble holiday, director Simon Hunter’s film is pleasingly gritty, even in moments of levity. Cinematographer August Jakobson makes the most of the windswept remote locations and there are many spectacular drone shots to cheer local tourist authorities.

The things my movie Contagion got wrong: The slow vaccine, the damaging president

TV guide: 27 of the best shows to watch this week, beginning tonight